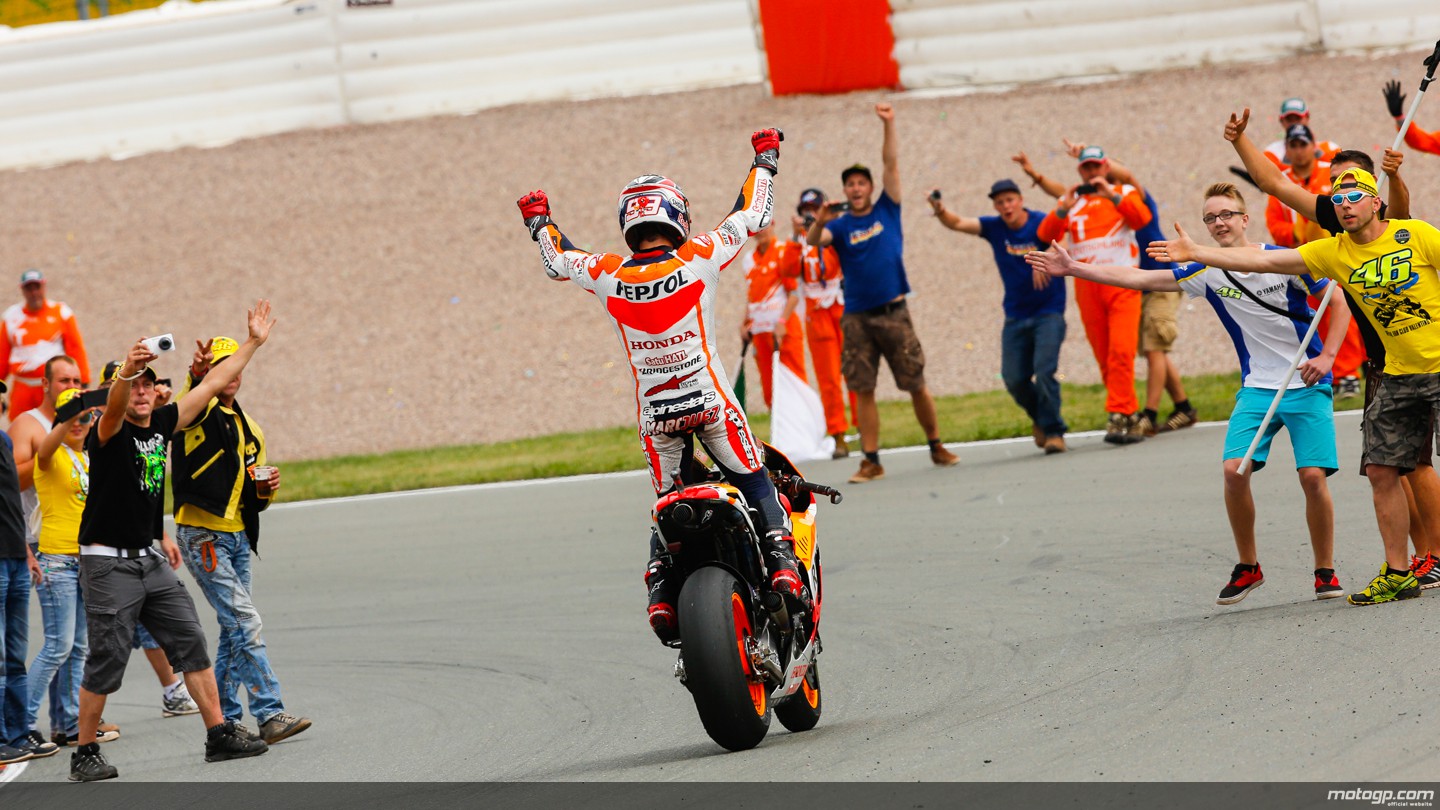 The German MotoGP Grand Prix "has again attracted more than 200,000 spectators over the weekend," according to the SID. A total of 209,408 spectators "attended the event at the Sachsenring over three days," close to 5,000 more than last year (204,491). Sunday's race, which was won by Spaniard Marc Marquez, took place in front of 89,401 spectators.

The training sessions on Friday and Saturday's qualifying session attracted 49,024 and 49,024 spectators, respectively. The event's attendance record was set in '11 when a total of 230,133 showed up for the grand prix. SID