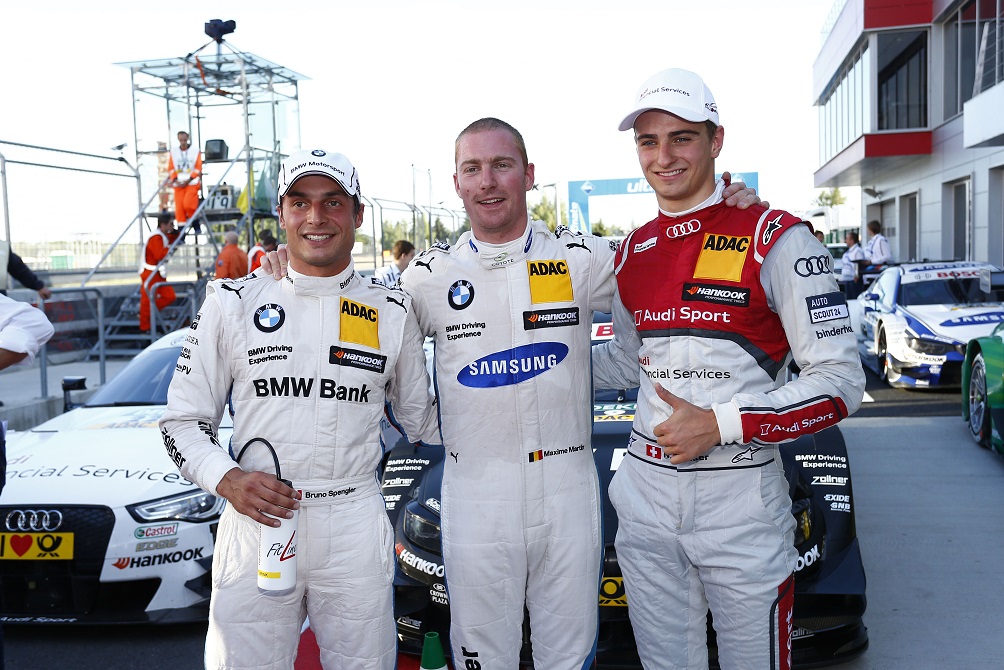 Belgian Maxime Martin sparked a huge surprise in qualifying for the DTM race at Moscow Raceway. With his BMW M4 DTM, the rookie driver completed his best lap of the demanding track near Moscow in 1:28.619 minutes and thus outpaced his seasoned fellow BMW driver, Bruno Spengler from Canada. For the 28-year-old, joy about his first starting grid position for only his fifth DTM race was boundless: "This is just fantastic! We keep getting better and better and it is great that I already scored my first pole at only my fifth attempt. I really like the track here in Moscow. On top of that, the car was simply great. In the race, I want to get the best out of it," the BMW driver said.

Martin wasn’t the only DTM novice to shine in qualifying. Swiss Nico MÃ¼ller also showed a convincing performance, qualifying a strong third as the best-placed Audi driver. “A good day for me. Making it into the third qualifying heat was my goal. That worked out and I even made it into third place. This is my best DTM qualifying result to date. I got a lot out of the car, but not everything yet. That is what I intend to do tomorrow," the best-placed driver of an Audi RS 5 DTM commented. Reigning DTM champion Mike Rockenfeller (Audi) is lining up on the second row of the grid alongside MÃ¼ller.

Robert Wickens had to accept a setback. The Canadian, who scored his first win of the season at Norisring, ended up 14th in qualifying. “Prior to qualifying, we still had made some changes on the car, but unfortunately, they didn’t work out as we had intended. Now, my goal is to still score some points in the race. Because of the long straight, the DRS certainly has a big effect. The tire strategy will be important, too. We will see what the race will bring," the 25-year-old said. Qualifying was also disappointing for Vitaly Petrov, who was classified third with his DTM Mercedes AMG C-Coupé. The only Russian driver in the field, the 29-year-old Mercedes-Benz driver is among the crowd favorites in Moscow. Results