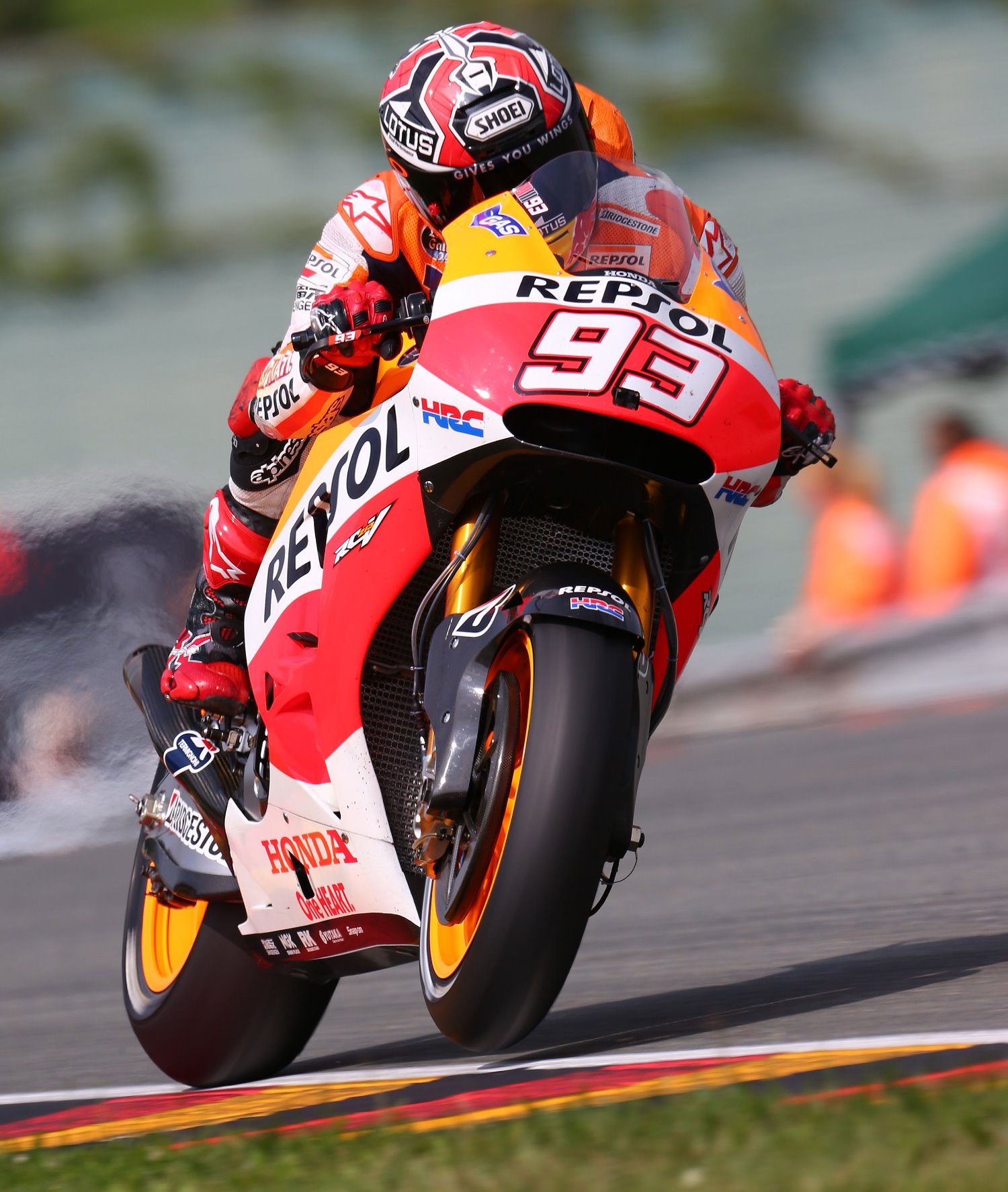 Marc Marquez notched a new best pole lap in the MotoGP Q2 session at the eni Motorrad Grand Prix Deutschland, with Dani Pedrosa and Stefan Bradl also on row one – Pedrosa setting a fast lap before a crash.

A 1'20.937 effort from Marquez gave him pole by just under 0.3s from Repsol Honda colleague Pedrosa who went down at turn 1 with three minutes remaining. The rapid lap time for Marquez broke Casey Stoner’s six year old best pole lap record of 1’21.067 from 2008.

The home fans were delighted with Bradl (LCR Honda MotoGP) registering a 1’21.340 lap, as the German qualified third having initially been on provisional pole five minutes into the session.

Cal Crutchlow (Ducati Team) missed out on a Q2 ride having crashed at high speed at turn 11, taking a big tumble through the gravel at the end of Q1. Crutchlow was unhurt and quickly went back to his pit box for a debrief despite initially looking quite shaken by the accident.