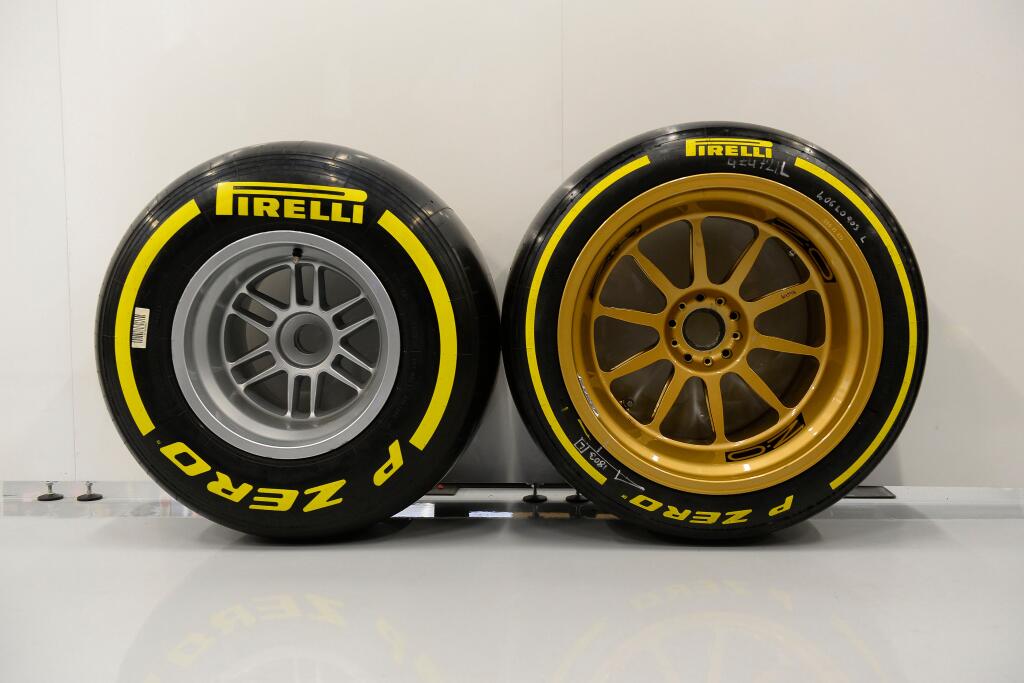 He is Gerhard Ungar, who until recently headed up the operation for Mercedes' leading DTM touring car team, HWA.

When he left in May, Toto Wolff said Ungar had "put our brand in a position to win ten drivers' titles and nine manufacturers' titles. For that, he deserves special thanks."

It is believed Ungar will be wearing green team gear at the German grand prix next weekend.

Another upheaval is taking place at Ferrari.

"I give no comment," a spokesman for the fabled Italian marque had said at Silverstone last weekend.

"We are reorganizing the various areas of our structure, and if we have something to announce, we will do so," he was quoted by Speed Week.

It is believed Ferrari will promote from within to replace Marmorini, who like departed team boss Stefano Domenicali looks to have paid the price for the team's disappointing start to the all-new V6 era.

Earlier reports said Marmorini's younger deputy Mattia Mariz would step in to replace him, but it is also reported that Lorenzo Sassi could get the job.

"Do we need to do an announcement? No," team boss Marco Mattiacci told Reuters recently. "Do we need to improve? Continuous improvement, yes."

One of them is a "young French engineer", correspondent Alberto Antonini reported.

Fric removal 'will not change much' – Lauda (Of course not, they probably have another 100 HP they can tap when needed)
(GMM) Niki Lauda has played down the effect the removal of the complex 'Fric' system will have on F1's dominant team.

The triple world champion is also the F1 chairman at Mercedes, who along with Red Bull are considered the teams most affected by the FIA's questioning of the legality of systems that mimic active suspension.

The governing body has not actually banned the 'front and rear inter-connected' systems, but the door to disgruntled rival teams lodging protests is now open.

It is believed Mercedes and Red Bull, among others, will remove 'Fric' from their respective cars as of Hockenheim next weekend.

Germany's Auto Bild said the Mercedes system in particular is complex and highly beneficial, also bringing the Pirelli tires up to optimum temperature and working in perfect harmony with the championship-dominating W05 car.

"The competition suspects a ban could make the Silver Arrow up to five tenths of a second slower per lap," said correspondents Bianca Garloff and Ralf Bach.

But Lauda insists: "It (removing Fric) will not change much.

"At the same time, you have to wonder why a system that was legal for one and a half years is suddenly banned."

It was left to correspondents Garloff and Bach to wonder if the FIA is moving to "make formula one artificially exciting" in 2014 by banning Fric and allowing Mercedes' rivals to catch up.

But they also claim Mercedes and Red Bull's grandee rivals McLaren and Ferrari lobbied hard on the 'Fric' issue in the days and months before Charlie Whiting's letter to the teams after the British grand prix.

"The motives of McLaren and Ferrari are obvious," said the correspondents.

Red Bull is also facing up to having to remove Fric before Hockenheim for fear of protests.

"In recent years we have often had to re-do something that has previously been declared legal," Dr Helmut Marko said.

"It's the same with this system now. But our disadvantages are perhaps not as great as some others."

For the start of F1's new V6 era this year, engine manufacturers Renault and Ferrari turned to the help of external suppliers for the design of the actual turbocharger unit.

Renault works with the Austrian company APC Pankl, and Ferrari's is a bespoke Honeywell turbo.

Dominant Mercedes, on the other hand, designs and builds its very own turbocharger.

But Honda, returning to F1 next year to supply its works V6 to McLaren, will follow the Renault and Ferrari model.

Germany's Speed Week, and Italian media sources, report that the Japanese manufacturer will have its turbo made by a Tokyo-based company called IHI.

IHI, formerly Ishikawajima-Harima Heavy Industries, has solid links to Mercedes parent Daimler, having set up a joint venture in Germany some years ago to design and manufacture turbo units.

The 2012 Spanish grand prix winner, who chose to race the number '13' this year and beyond, has had a dire campaign since switching from Williams to Lotus over the winter.

Along with Sauber and the backmarkers, the Venezuelan is yet to score a solitary point this year as the Enstone based team grapple with poor pace and reliability.

But things could be about to get better.

But at the Silverstone test this week, he finally got a taste of the updated V6 unit, marveling: "It felt as if I suddenly had two engines in the car.

"Based on the data we have, the difference between the old and the new engine specification is 60 horse power," he exclaimed.

According to world champion Sebastian Vettel, however, Maldonado might be wrong to set his sights too high.

Red Bull has been at the cutting edge of Renault's efforts to up its game in 2014 after a disastrous winter, but Vettel says the gap to Mercedes has stayed the same.

"Right now the gap is very big and we haven't really closed the gap since race one," the German told Britain's Sky.

"Obviously we have tried lots of stuff to improve, but they (Mercedes) are doing the same thing."

The Italian manufacturer trialed the concept on the second and final day of the post-British Grand Prix gathering, with Lotus third driver Charles Pic completing a total of 14 laps throughout the morning.

While 2017 had been earmarked as the date for a potential switch to larger wheels, Pirelli Motorsport Director Paul Hembery has explained that it would be possible for the company to make the change a year earlier.

"The regulations are talking about 2017 at the moment but we'd feel ready for 2016 if they wanted to bring it forward a year," Hembery told the gathered media at Silverstone, including GPUpdate.net.

"We'll supply people in the Strategy Group and F1 commission with images and they can make a decision."

Hembery said the test was more about confirming suspected traits, instead of evaluating performance.

"We confirmed what we knew – the front tire will create a very aggressive turn-in," he explained.

The Colombian, 24, was delayed by a power unit-related issue on the final morning of the post-British Grand Prix test, but recovered to rack up 51 laps, just over the 300km total required by governing body the FIA.

"At the end of the session I'd completed 51 laps which, considering where we were mid-morning, I was quite happy with, especially as that takes us over the 300km required to be eligible for a Super License," explained Leal, who currently races for Carlin in feeder championship GP2.

"Obviously it wasn't about times, it was about mileage, learning how to work with the team and start to understand how to maximize the performance of a 2014 F1 car, and I feel like I've made a good step with all of those.

"Now I want more and I can't wait to have another chance to drive."

Leal sits sixth in the GP2 standings ahead of the next round at Hockenheim.

Vettel unsure of Red Bull challenge in 2015
Sebastian Vettel is unsure if Red Bull will be able to recover sufficiently to challenge Mercedes in 2015.

The Milton Keynes-based outfit has struggled for performance and reliability so far this season, with power unit supplier Renault encountering a host of problems in the early stages of Formula 1's new turbocharged V6 era.

When asked if he feels his team can bounce back and draw level with the Silver Arrows next year, Vettel responded: "It's difficult to say, right now the gap is very big and we didn't really close it since the first race.

"We have tried lots of things to improve but they do the same thing. We need bigger steps of development to close the gap even more. I think at the end of the season we can judge a bit better what to do in the winter."

With a poor start and misjudged strategy hindering his chances at the British Grand Prix, the reigning World Champion has set his sights on returning to the podium at his home event in Germany next weekend.

"It has been a little bit up and down this year," he said. "We hope for a smooth weekend without any problems.

"I will try and get the best out of myself and the car. It would be very special to finish on the podium there."