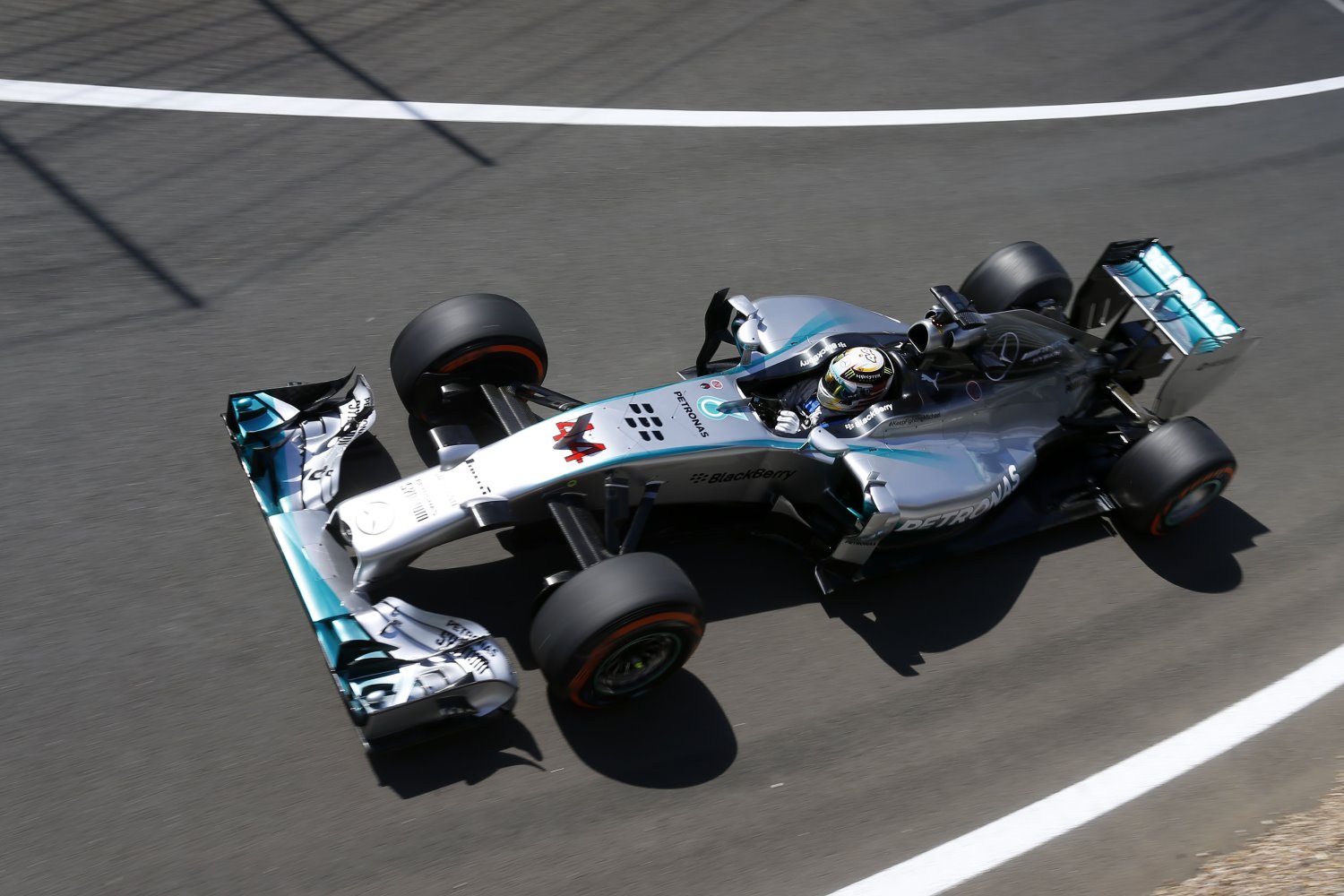 MERCEDES AMG PETRONAS concluded the third in-season test of 2014 at the Silverstone International Circuit today, with Lewis Hamilton taking the wheel of the F1 W05 Hybrid for the second of two days' running this week. Lewis' best time of 1:36.680 from 47 laps put him fifth on the time sheets.

Today's programme focused on car setup, aero development testing and data collection, as well as engine settings. Lewis emerged for his first run at 09:05 local time, completing 47 laps by the end of the day. A spin out on track for Lewis caused an early red flag after running with colder tyres from several slower aero evaluation laps. The team changed the engine on Lewis' car after an initial run in the morning, meaning we didn't get as much track time as we hoped today. Mercedes-Benz Power Units today completed a total of 1,355 km between all teams.

It wasn't an easy day today; we had great weather but unfortunately had some problems at the start of the day which meant we lost some track time. The guys did a fantastic job to get the car ready again and we were able to put together a few successful runs. At the end of the day, we were going to do more important runs but the red flag came out. It could have been a lot worse as it could have been raining or we could have even done no laps, but some of the things we've tried in the car feel really positive. I'm really pumped now for the next race in Germany. It's a constant challenge for the team to try to stay ahead and I hope we can continue to do that there.