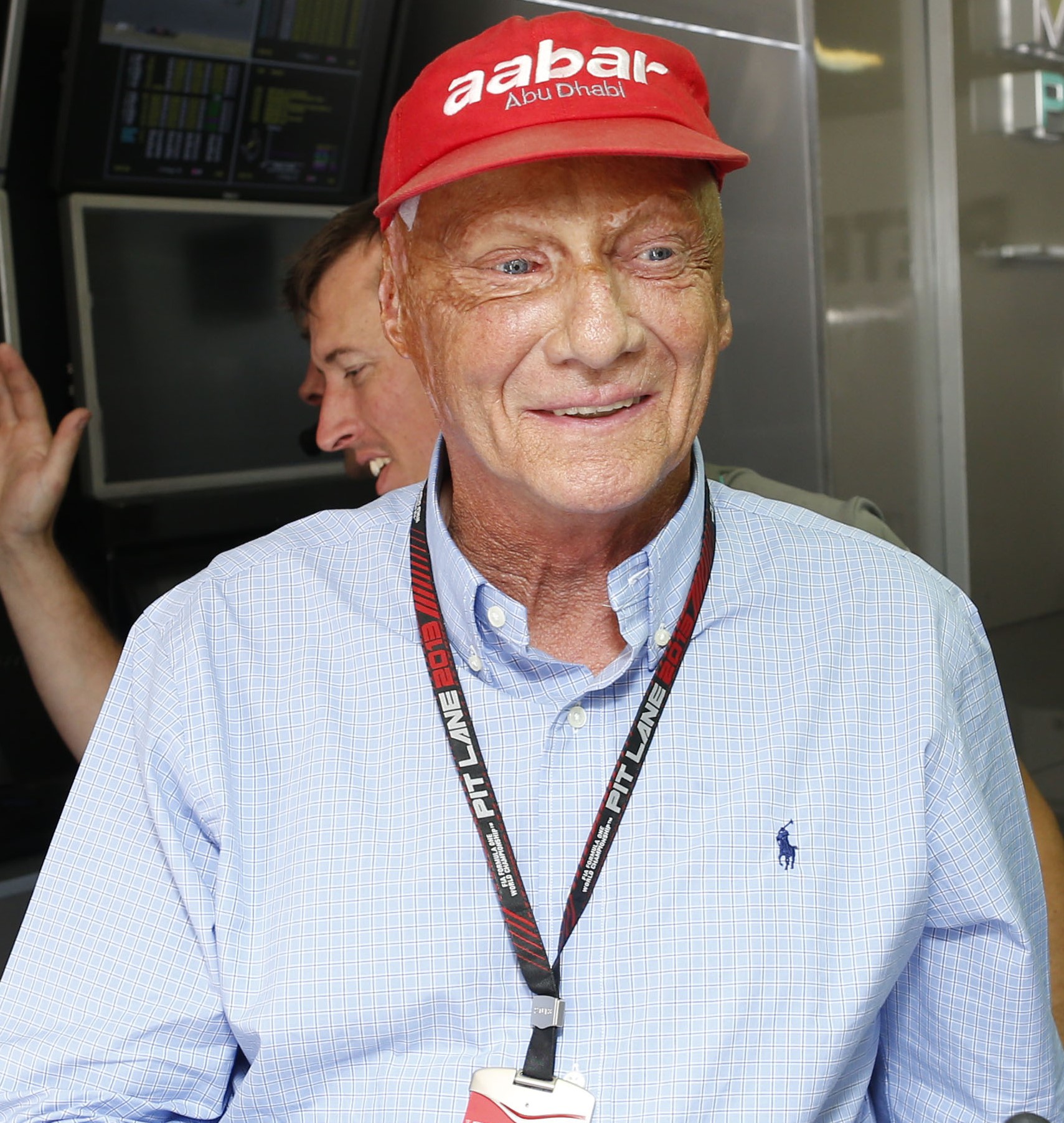 Germany 'not Rosberg's home race' – Hamilton
(GMM) Right back in the championship hunt after a home win at Silverstone, Lewis Hamilton has also ramped up his off-track battle with teammate Nico Rosberg.

German Rosberg's 29-point advantage before the British grand prix shrunk to just 4 points when he broke down with gearbox trouble.

The Briton said: "To be honest, Nico has never actually been in Germany, so it is not really his home race.

"When I was racing in karting he didn't stand with the grid girl next to a German flag ever. He always stood by Monaco."

29-year-old Rosberg was born in Wiesbaden, Germany, and his mother is German. His famous father Keke, however, is Finnish, and Rosberg has spent most of his life in Monaco and still lives in the Principality.

"I know he has grown up in Monaco so Monaco is his home town," Hamilton insisted.

"He is German, Finnish, Monegasque or whatever, so he will get that support in Monaco and in Germany he has always had great support there. It is always good to beat others on their home turf," he added.

Meanwhile, Hamilton rankled at a reported comment by Mercedes team boss Toto Wolff after Silverstone that, following his Silverstone retirement, Rosberg offered Hamilton a piece of advice, or a 'tip', en route to victory.

"Toto said that?" Hamilton responded, joking: "That's good. Toto likes being on that side of the garage."

Button not worried as critical Dennis 'on side'
(GMM) Jenson Button is still confident he will be a McLaren driver in 2015.

The comments were followed by speculation Dennis has already privately told the 2009 world champion his contract will not be extended, although McLaren denies that.

Clearly, however, the relationship between Button and Dennis is strained.

"We have a good understanding," the 34-year-old insisted after the British grand prix. "I'm not – and I shouldn't be – worried about my future in formula one.

He admits that when he first heard about Dennis' comments, and saw the subsequent headlines, he thought "Wow".

"We actually joked about it after qualifying," said Button, who started the British grand prix from a surprise third on the grid.

"Ron is definitely on side. We are all working very well together even though it might not have come across that way."

"I prefer to have 200 safe jobs than 300 lost jobs," the Romanian, who has appointed former Minardi driver Christijan Albers to front the team now owned by mystery Swiss-Middle Eastern owners, told Reuters.

"Sometimes you have to make unpopular decisions," he insisted.

We reported this week that, during the Silverstone weekend, the logos of 2014 sponsor General Electric were removed from the green livery.

And on race day, the backing by Airbus – a deal clearly brokered by the now-departed aviation entrepreneur Tony Fernandes – was also blacked out.

But Kolles denied that the lights are now steadily going out at Caterham, arguing instead that the former Fernandes administration was in fact "a mess".

Even the contracts in Kamui Kobayashi and Marcus Ericsson's hands are under review.

"In terms of performance we have to look into this. And we are looking into this," said Kolles.

But Romanian-born German Kolles denied Caterham was bought in order to pilfer its assets or perhaps just be rebranded.

"This company (Caterham) has the entry and you cannot transfer this. If that company no longer exists you lose the entry," he said.

Sharing the Ferrari duties at Silverstone instead will be Pedro de la Rosa and the Maranello marque's junior driver Jules Bianchi, who races in F1 for Marussia.

Many paddock cynics suggested the laid-back Finn Raikkonen might not be too upset with Ferrari's rest order, but a spokesman insisted: "He wanted to drive."

Ferrari says he needs to rest a bruised ankle and knee.

The injuries were caused by Raikkonen's incredible 47G impact against the Silverstone Armco, after he ran off the track and then lost control trying to rejoin.

Raikkonen's crashed car also took out Williams' Felipe Massa, and a photograph taken by a trackside fan showed how close a flying tire from the Ferrari came to hitting Max Chilton on the head.

"It was a scary moment," the Marussia driver confirmed.

Some, therefore, have been highly critical of Raikkonen, suggesting the crash was caused because he refuses to do otherwise customary pre-race walks of the F1 circuits, noting sites of potential hazards and irregularities.

"He went wide, so why does he come in balls out and then crash?" the great Austrian is quoted by AFP news agency. "It was unnecessary."

But Lauda also had a wider criticism, insisting the one-hour race delay to fully repair the damaged Armco was "ridiculous".

"This over-nursing of F1, being over cautious, over-controlling and over-regulating drives me mad," he said.

Indeed, Lauda's fear that television viewers would switch over to other sporting spectacles, like the Tour de France or Wimbledon, apparently proved correct, with the British grand prix recording its worst ratings since 2006.

He even slammed Sebastian Vettel for "screaming like a child" on the radio during his thrilling duel with fellow champion Fernando Alonso.

But according to Spain's Marca, Red Bull's Christian Horner said the real problem between Vettel and Alonso was "all these rules on the limits of the circuit".

Swiss company plays down involvement in Schu scandal
(GMM) A Swiss helicopter company has played down reports it is at the centre of the scandal involving Michael Schumacher's stolen medical report.

French authorities have traced the internet IP of a figure calling themselves 'Kagemusha', who was offering confidential information about the F1 legend's health in the wake of his skiing fall to media agencies for EUR 50,000.

Reports said the IP was linked to a helicopter company in Switzerland.

A Zurich-based company called Rega admitted that, as Schumacher's transfer from Grenoble to a Lausanne rehabilitation clinic was being arranged, it was contacted and Schumacher's medical file was passed on.

But the company, reportedly the major air ambulance operator in Switzerland, told AFP news agency that it believed "patient confidentiality had been preserved".

The Rega spokesperson added that it had "no knowledge of the investigation and had not been contacted by the authorities".

"As part of the organization, a medical report was provided by the hospital in Grenoble."

Keller, however, said Rega only learned of the theft of Schumacher's records from the media.

Spaniard Alonso, reportedly frustrated with Ferrari's continuing struggle, is apparently at the top of the list as his 2007 employer McLaren looks ahead to its works Honda era.

When asked about the speculation, two-time world champion and former McLaren driver Fittipaldi said: "The first thing I want to say is that Alonso is a master.

"He is the master of formula one today and should win more titles.

"He could go anywhere and look good, but I think Ferrari has the potential, the ability, the necessary resources to give him the car he finally deserves next year," the Brazilian added.

"Fernando must stay another year."

"It was absolutely brilliant," he told Spain's AS sports newspaper. "Vettel the good driver, and Alonso the maestro."

Lauda also added that the delay is not good for the sport, adding that he wants to see F1 go back to 'normal racing'.

"F1 is over-regulated. This over nursing drives me mad and this little guardrail issue is another example. Stopping the race for an hour is wrong and is bad for the sport. It's all crazy. To stop the race for one hour because one of the barriers is damaged is ridiculous," Mercedes Non-Executive Chairman Lauda told reporters at Silverstone.

"Kimi made a mistake and hit the guard rail low. I guarantee no one will hit that spot again. There are too many rules. A lot of people will just go home or switch off the TV set. It is not good for Formula 1.

"I have talked to [F1 boss] Bernie [Ecclestone] about it and he fully agrees with me. We must go back to normal racing."

The two-day test commences today (Tuesday) with the French manufacturer confirming that if successful the updates will be used by its four teams – Red Bull Racing, Toro Rosso, Lotus and Caterham – next week when the circus heads to Hockenheim for the German Grand Prix, round ten in the 2014 Formula 1 World Championship.

"We have some interesting tweaks to trial [at the Silverstone test], including the latest wave of software upgrades," Remi Taffin, Renault's Head of Track Operations confirmed.

"If they behave as expected we could use them from Germany onwards, which should put us a bit closer to the front."

Meanwhile, looking back on the British Grand Prix, Taffin added: "After the problems we had in Austria and a difficult start to the weekend, a podium and four of the ten points' scoring positions is a more acceptable result for us.

"We can clearly see that the fastest cars are still some way ahead but the competition behind is extremely hard-fought and getting to the podium is not an easy task. We were able to work with Red Bull on race day to optimize our current configuration and give them the power to fight and overtake. Naturally we need to achieve more than third each race, but in the current configuration and on such a 'power track' as here, a podium is as much as we could have hoped for.

"Congratulations also to Toro Rosso, who leave with a double points' finish. The partnership is blossoming and we need to aim for this every time out.

"We've got work to do with Lotus and Caterham [now] to try to maximize results in the final races of the first half of the season."