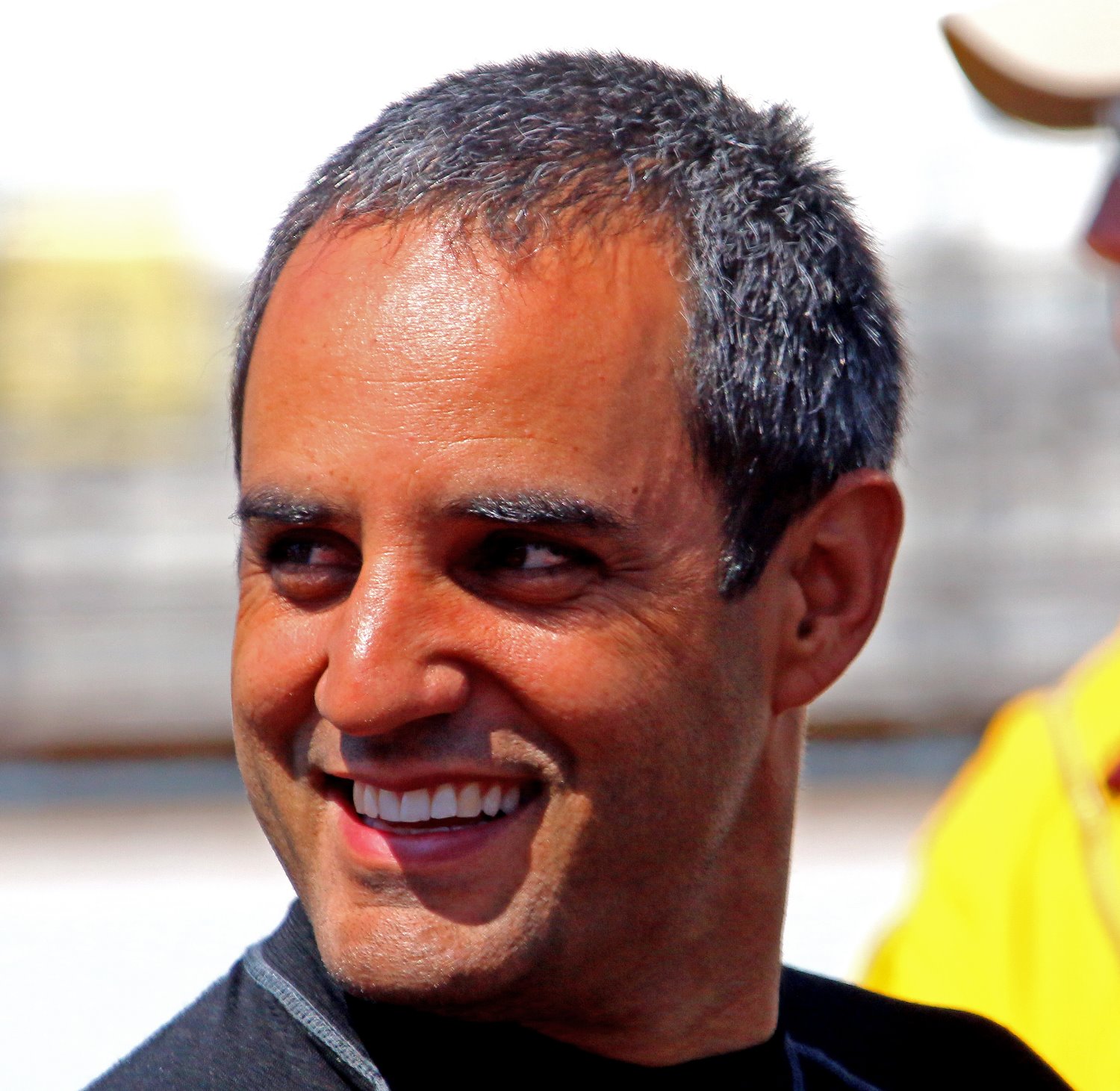 We caught up with the drivers from Team Penske just before lunchtime here at Pocono Raceway. Of course, Will Power is the current Verizon IndyCar Series point leader and teammate Helio Castroneves second. And after consecutive strong race weekends at Texas Motor Speedway and Houston, Juan Pablo Montoya is not fifth in the championship.

Let's start there with Montoya.

Given his strong form of late, I asked the Colombian if there was something that had changed or if he thought the better results were part of an overall progression. He emphasized the latter noting that he hadn't been in an open wheel car since 2006, and that he knew it was always going to take time.

Also, when asked whether there was any transferability between driving a stock car and Indy car at Pocono, Montoya essentially said none.

The always forthright Colombian did share his views on some of the driving in the series, particularly after last week in Houston. He said it's not all that different from the CART days, noting there are guys who give you room, and guys "who would rather wind up in the tires than not pass you."

When asked who some of the guys in the series were he liked to race he said: Tony (Kanaan) and Will (Power)." As for the guys he liked racing during the CART days: Michael (Andretti) and Jimmy (Vasser)."

Last, I asked Montoya what the differences were between the Ganassi and Penske teams. As you might imagine, he didn't really offer up much. He simply said there were some differences in how the two team owners (Chip Ganassi and Roger Penske) liked things, and that was really it.

Moving on to Castroneves, the Brazilian was asked what factor the wind played in the setup of the car, as it's been something of a breezy morning here at Pocono. Much to my surprise, he said not much, noting that if the wind were more gusty there would be more of an impact. However, because the wind was steady Castroneves seemed to think the impact was minimal.

Power echoed these sentiments, albeit in somewhat different terms. When the Aussie was asked about the wind noted that it was helpful down the straightaway.

Speaking of Power, Castroneves was asked whether he thought this weekend presented an opportunity to close the gap to Power; this in light of the silly double-points format, I have and will continue to criticize. "Absolutely," was Castroneves' response.

The three-time Indianapolis 500 champion was also asked about the style of racing compared to the CART days. after Montoya shared his views on the subject, which we passed along above. The Brazilian pointed out that because the cars had more power then, they were harder to drive out the corner, making passing more difficult. Because the cars come out of the corners nowadays with more grip, it is easier to get alongside the car in front, is how I interpreted it.

That is all for now. Indy Lights Presented by Cooper Tires will be on track shortly for their qualifying session. The Verizon IndyCar Series has a second practice session at 1:30 p.m.

07/05/14 Real quick, we didn't mention that Graham Rahal is also sporting a sharp camouflage livery for the weekend on the #15 National Guard Honda. There was a horde of photographers crowded around the car, as it waiting to go out for practice.

After practice, we'll talk to the teams and find out how a very different track from anything they've seen before affects setup. At the beginning of the session the track temperature was 94 degrees. Last year on race day it was 137 degrees. Added to that, it quite breezy here at Pocono Raceway.

Again, for a track that is always a setup puzzle, The Tricky Triangle is giving the teams quite a lot to digest today.

It's about 9:30 a.m. on a gorgeous breezy morning here at Pocono Raceway. Temperatures are in the low 60s. Currently, Indy Lights Series Presented by Cooper Tires cars are on track for their opening practice session. Indy Lights was here yesterday for a test session, however they were never able to take to the track due to rain in the area.

As for the Verizon IndyCar Series, their first practice session will begin at 10 a.m. A second practice will be at 1:30 p.m. followed by the Indy Lights Pocono 100, then qualifying for the Pocono IndyCar 500 Fueled by Sunoco at 5 p.m.

Of course, Pocono is a setup dilemma for the teams with its very different corners in turns 1 and 3. We expect a lot of drivers to be frustrated after this opening session as it is very windy here at The Tricky Triangle.

There are a few livery updates for the weekend.

Check back into AR1 for updates throughout the weekend.