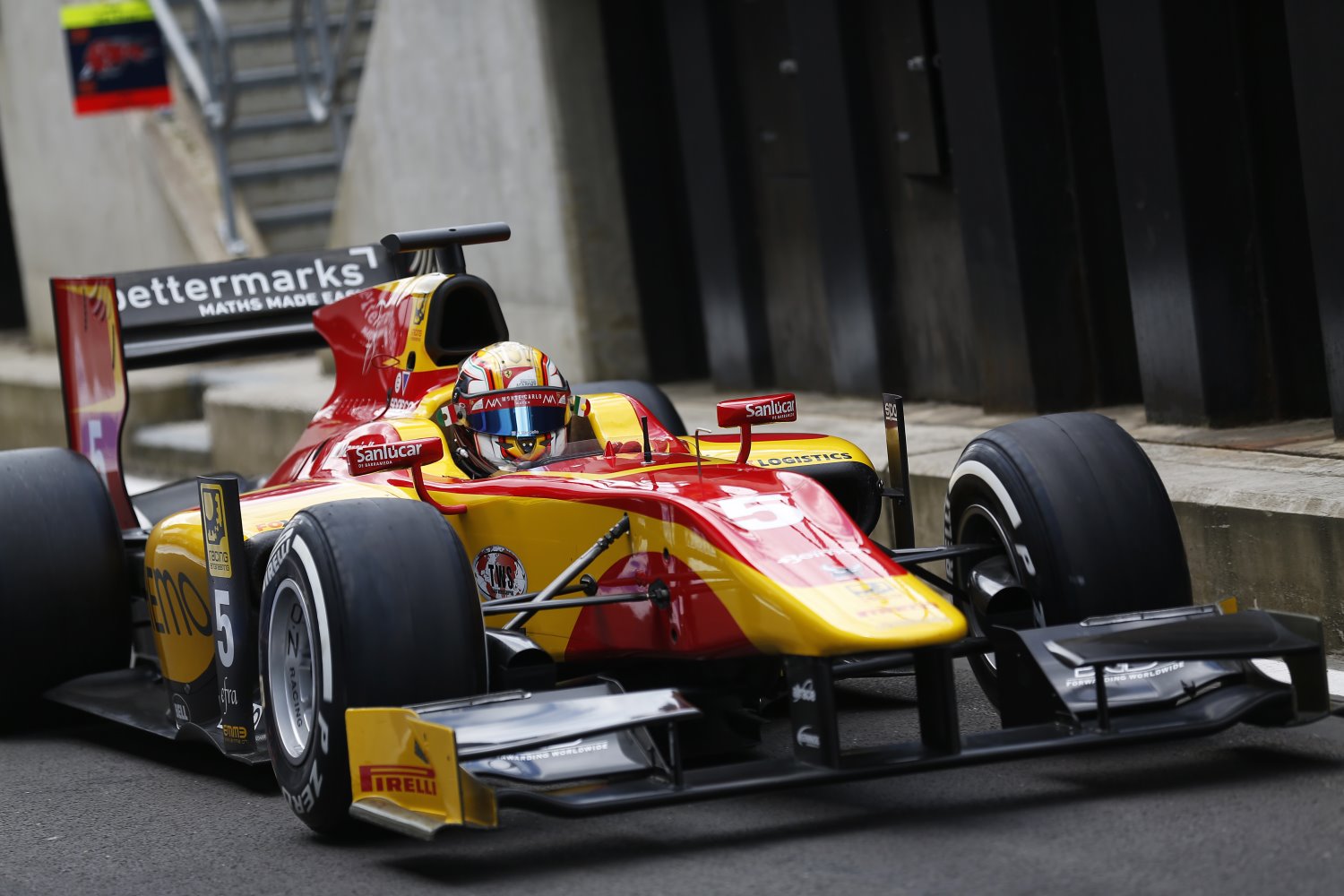 Raffaele Marciello has claimed his maiden GP2 pole position with a stunning lap in tricky conditions in this afternoon's qualifying session in Silverstone. The Italian ran slightly out of sync with his rivals, finding a bit of space to squeeze ahead of championship leader Jolyon Palmer, Mitch Evans and Julian Leal.

The Ferrari Academy driver made the most of the gaps in front of him to bag a lap of 1:40.445 just seven minutes into the session, but it was enough for a pole despite the top four drivers finishing within 0.04 of the best time in a heavily wind affected session.

Johnny Cecotto was the first man on track and was clearly looking to repeat his recent purple form, but the Venezuelan was unable to make it stick on his first flying lap: Palmer set the first meaningful time, with Evans following him to stop the clocks at just 0.006 behind the Briton, but 2 minutes later Marciello came round and broke their hearts. |

It was clear that everyone was pushing hard, but most of the drivers were struggling to get a second quick lap out of their tires, which made Leal's lap just before halfway doubly impressive for P4: on fresh rubber battle was resumed, but with the wind picking up and the effective use of the ambient F1 rubber finished, there was little hope of much improvement.

And so it turned out: a number of drivers improved their first sector times but lost overall against the wind in the other sectors, forcing them to settle for a top ten position: Stoffel Vandoorne, Felipe Nasr, Marco Sorensen (an impressive P7 on debut), Stephane Richelmi, Cecotto and Daniel Abt filling the spots behind the top 4, and all were easily within a second of pole and will be able to fight for the win in tomorrow's feature race.