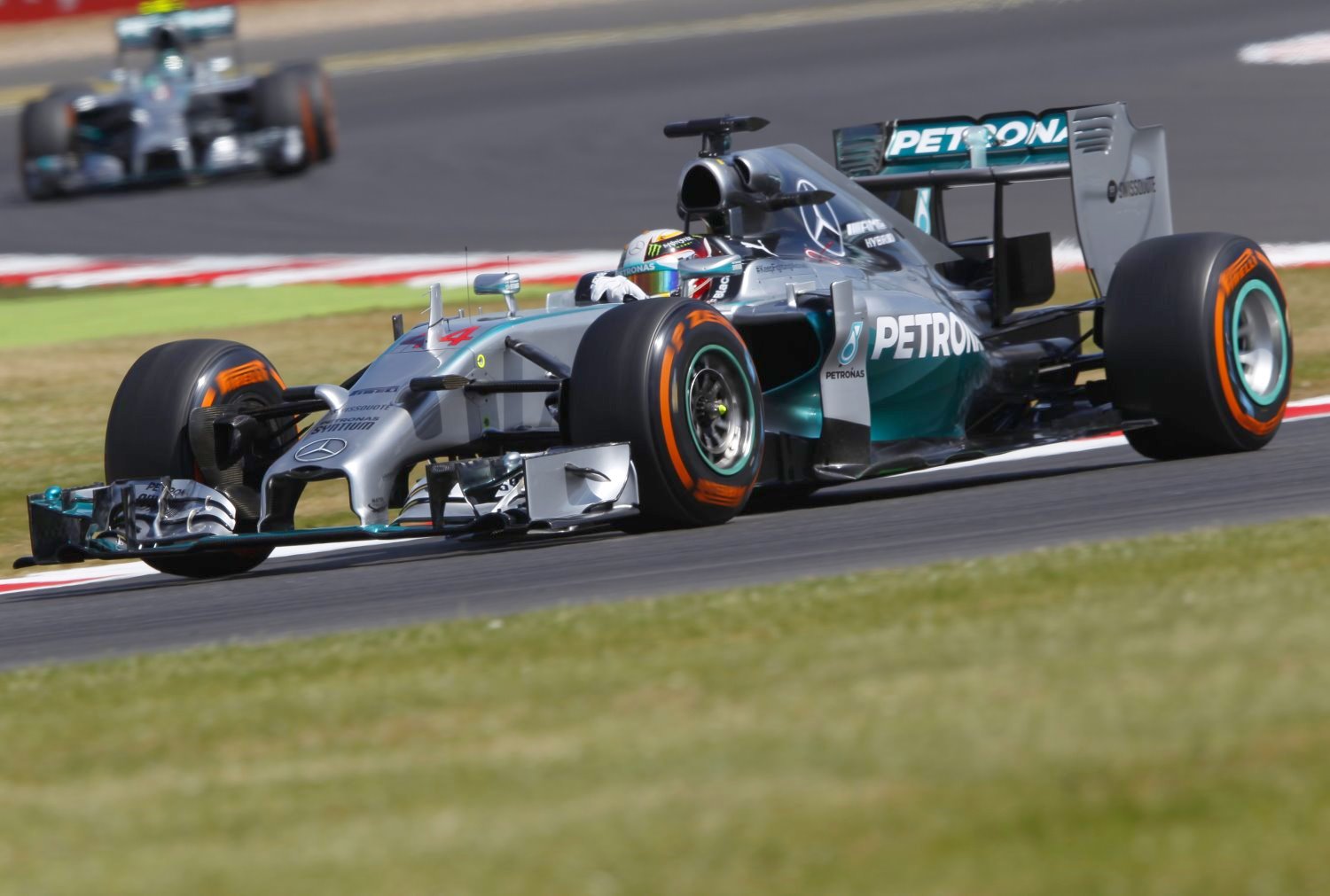 The Lewis Hamilton topped the second free practice session for the British Grand Prix at Silverstone before his Mercedes broke down.

He had a sudden loss of power, explaining to his race engineer "engine killed, no shifting" before making his way to the pits.

Hamilton set the pace during the early running while the field was using the slower hard-compound Pirellis, around two tenths faster than Rosberg.

Daniel Ricciardo was fourth, one second off the pace of Hamilton.

Sebastian Vettel was just over a tenth behind his teammate in fifth place on medium tires that do not appear to be any faster than the hard compound.

After sitting out morning practice to allow Susie Wolff to make her F1 PR runs, Valtteri Bottas was sixth fastest, 1.5s off the pace.