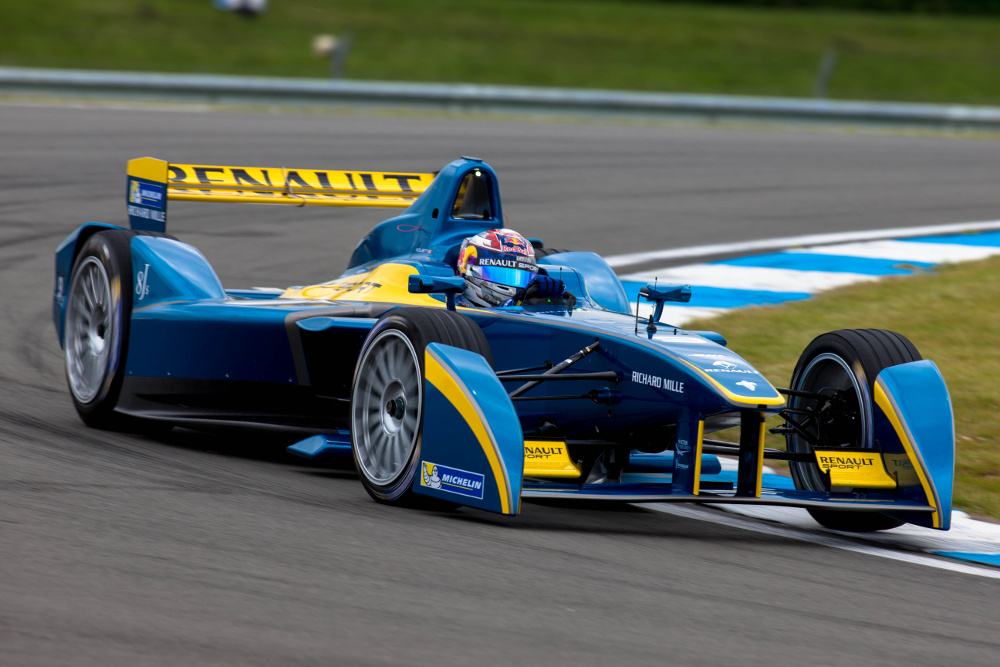 E.dams-Renault’s Sebastien Buemi set the fastest time during today’s maiden official test for the new FIA Formula E Championship at Donington Park, as fans got their first glimpse of the new all-electric series.

The first of five public tests took place at the Leicestershire circuit in dry, bright conditions and saw all 10 teams and drivers use the full Donington Park GP circuit, modified to include an additional chicane at the exit to the Old Hairpin.

Being the first outing for many of the drivers, the day focused on getting to grips with the Spark-Renault SRT_01E cars with German driver Daniel Abt, driving for Audi Sport Abt, laying down the early benchmark for the morning session. The German, who ended the day eighth overall after missing the afternoon session due to other commitments, lapped in the low 1:37s, closely followed by Buemi and Andretti's Franck Montagny.

Times began to tumble in the afternoon session with Buemi once again on the pace, posting a 1:35.475s with under an hour to go and holding on to the top spot until the end of the day. Abt’s Lucas di Grassi finished over a half a second shy of the Swiss despite only running during the afternoon session with Virgin Racing’s Sam Bird a further three-tenths back in third. Mahindra Racing’s Bruno Senna ran well all day to finish fourth with Venturi’s new signing and ex-Le Mans driver Stephane Sarrazin rounding out the top-five during his first outing in a fully-electric single-seater.

Sebastien Buemi said: “I’m more than happy to be honest. I didn’t have any problems with the car at all and that meant we were able to learn quite a lot about it. It’s always nice to be P1 so let’s hope it continues tomorrow."

Alejandro Agag, CEO of Formula E, added: “Today’s first test has been a special occasion for everyone involved with the FIA Formula E Championship. This project has been a long time coming but to see all the cars and drivers taking part is a very proud moment and my thanks goes to all our investors, partners, teams and Formula E personnel for transforming the FIA’s dream into a reality."

Day two of testing gets underway tomorrow at 9am with free access to fans, including a pitlane walk.