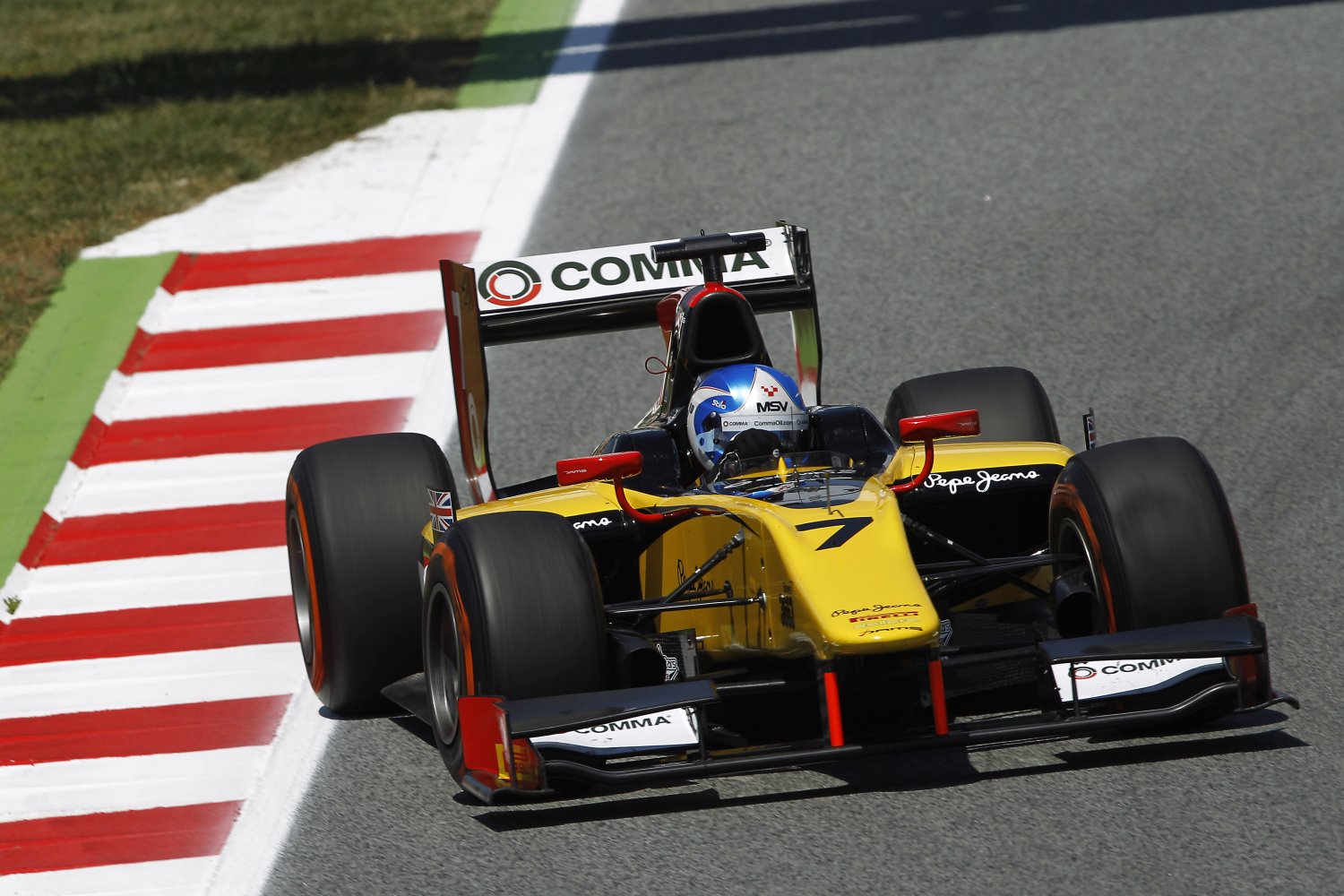 The fight for the GP2 crown came alive again in Austria two weeks ago: the new venue saw Felipe Nasr and Johnny Cecotto triumph for the second time this season, the two men eager to show Series leader Jolyon Palmer that they were serious rivals. It was also the first time in 2014 that the Briton did not finish on the podium during a race weekend. Nevertheless, Palmer still scored precious points in both events and thus managed to keep Nasr and Cecotto at a distance.

Behind the mighty trio, this year’s first race winner Stoffel Vandoorne was back on track and on the rostrum, finally enjoying some points since the Bahrain Feature Race. But it was Racing Engineering’s duo that stole everyone’s thunder: first, rookie Raffaele Marciello who has become a force to be reckoned with. The Italian ace drove aggressively and flawlessly to pocket his first GP2 points and achieved two consecutive podiums. His teammate Stefano Coletti was also back into the light and on the rostrum. Both drivers are clearly on a mission to spoil Palmer’s, Nasr’s and Cecotto’s cruising to the title fight.

The fifth round of the 2014 season takes place this week at the heart of motorsport in Silverstone. The British track is famous for its challenging speed, high-downforce and long fast corners that cars frequently accelerate out of, meaning that both lateral and longitudinal forces are at work at the same time. As overtaking can be tricky in Silverstone, qualifying well and having a good strategy will be crucial. Pirelli have nominated Hard and Medium tyres.

Pirelli’s racing manager Mario Isola says: “Silverstone is a very demanding event for tyres, and what often complicates the issue is changeable weather, which can lead to an extremely wide range of temperatures experienced over the course of a weekend. We’ve seen very heavy rain as well as bright sunshine in the past, so the teams have to be prepared for anything. As a result, the information gathered in one session sometimes isn’t especially relevant to the next session, as the temperature has changed. Tyre degradation will be among the highest we see all year, so looking after the tyres and making sure that they don’t overheat will be more important than ever. It’s going to be a long and a tough race in GP2, which means that there is definitely the opportunity for the right strategy to make an important difference."