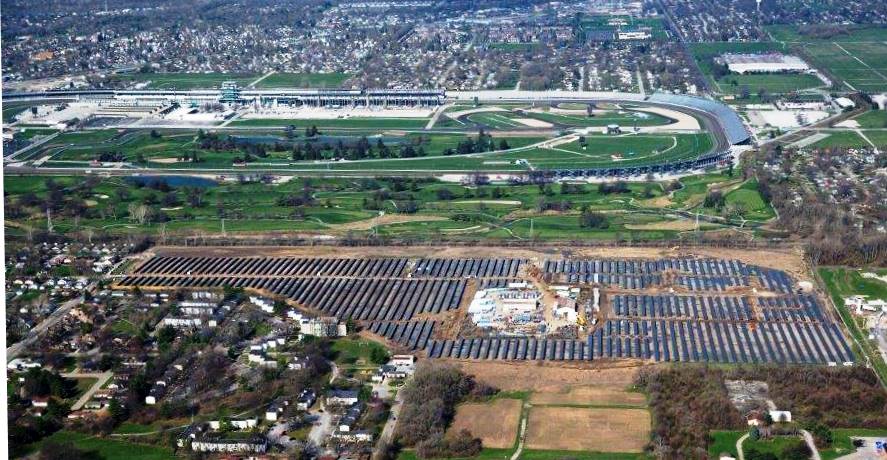 An empty lot "used occasionally for storage by the Indianapolis Motor Speedway is now a solar farm large enough to power 2,700 homes," according to Michael Auslen of the INDIANAPOLIS STAR.

IMS Engineering & Construction Dir Kevin Forbes said that the farm has a "capacity of 9 megawatts, making it the largest solar farm at any sporting facility in the world."

The farm, which officially opened yesterday by IMS officials and the companies that helped build and maintain the 39,314 solar panels, "joins a growing number of sites producing solar power in Indiana."

IMS President Doug Boles said, "The track was developed as a way to test technology. We are on the front end of the next technology that's defining what this country is." Maintenance and upkeep for the solar panels “will be managed by SunWize and Blue Renewable Energy," the two other companies that partnered with IMS. Officials were unwilling to release specific information about the cost of the project, but former SunWize CEO Scott Tonn said that "it was on par with other solar developments of this scale," generally around $20M. Indianapolis Star