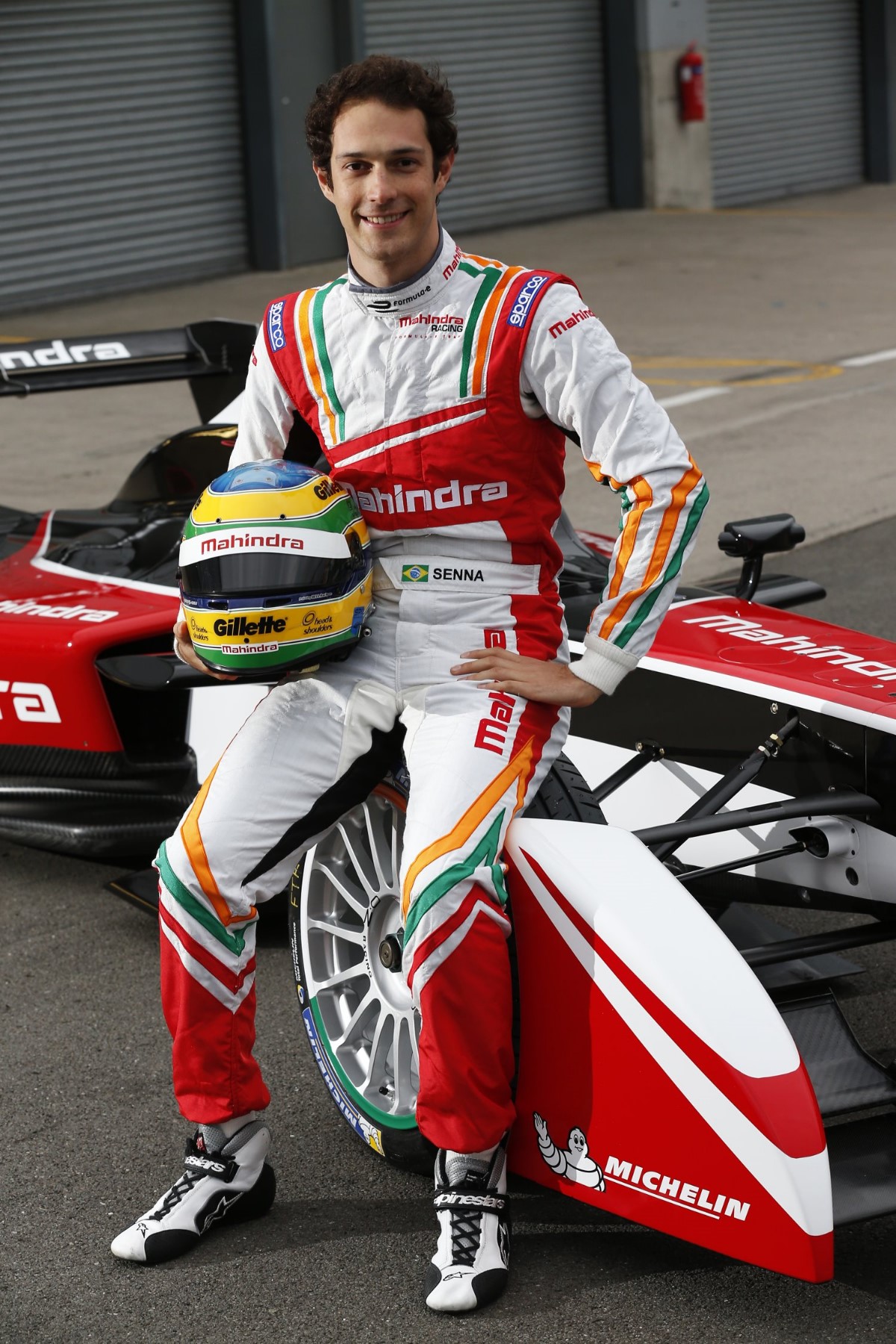 For Mahindra Racing drivers Bruno Senna and Karun Chandhok the run up to the inaugural FIA Formula E Championship has been a period of excitement, intrigue and preparation. Both drivers have already been working hard with the team as the first round in Beijing draws ever closer. With new technology, as well as unknown city street circuits to contend with we caught up with Senna to get his thoughts about the championship, the technology and his team mate, Chandhok.

How was your experience in India with the official Mahindra press conference?

It was good fun because everyone was very keen on the project and interested in the concept of Formula E. The commitment of the Mahindra factory and the key personnel has been very inspirational for us; to come to a new championship and see that everyone behind the scenes are completely on board and want to win as much as you do is great. As a driver you go into every championship wanting to win so seeing the same attitude in the garage and in Mahindra’s top personnel fills you with confidence.

As a driver is that what sways you when deciding which team to drive for?

That is exactly what I came to Mahindra in the first place – I spoke with a few other teams before speaking with Dilbagh [Gill, Team Principle] and he told me all about the project and who was running the team as well as how it was structured. This all together gave me so much confidence to sign up with Mahindra and work with them. We know we’re going in the right direction and seeing everyone together makes me happy as we head into the next stage of the season.

It’s a brand new championship and the first fully electric one, what is it that appeals to you about it?

There are a few things that excite me. First off, I love driving single seater race cars so that’s definitely a very big pull for more alongside the venues where we will have the opportunity to race – street circuits always throw up some fantastic racing. But it’s also very important to be involved in a championship which is developing technology which could potentially be used in the road cars of the future in order to make lives more sustainable. It’s certainly a pioneering enterprise and something I’m very interested in as well as the fantastic technology surrounding it.

As well as the new technology there's a new format to the race weekend with all the action in one day, do you think this will be a challenge for drivers?

I think it will be a very interesting for everyone. Of course there are times when if you’ve had a bad qualifying, it’s nice to have the time to go away and get a good night’s sleep before the next session. So yes, it will be more demanding but I think we’ll just get used to it because this is the format and it’s the same for everyone. A lot of homework will have to be done before each event in preparation to make sure that we know as much as we can to maximize our time on track.

It's well known that you and Karun [Chandhok] have been teammates in the past, does this help?

We have a good relationship off the track and were both clever guys so are able to collaborate really well together. Obviously we both want to beat each other on track but we know that especially at the beginning the team needs team work and we will have to share everything to make sure we optimize our performance. It’s nice to have the relationship like this and I think it will benefit both of us and also the rest of the team.

What has the reaction been back in Brazil?

There has been a nice bit of interest in Formula E back in Brazil especially when I was announced and it’s definitely building and growing as time goes on. I think that Brazil will be a very good market to Formula E and I’m hoping that all the fans get together in support of the Fan Boost which will be a great interaction during the races.

Obviously you have Formula One experience, how much do you think this will help?

I had two years driving the Formula 1 car with KERS so I understood that aspect of the car and hopefully this will be good experience in Formula E. It is different but there are always aspects that you can take with you and work on. Formula E is an efficiency race so the more I know the better. I’m aiming to get as much homework done before the season so that I can maximize our potential and get the extra knowledge.

Where are you most looking forward to racing?

Monaco. That’s the biggest thing I miss about racing in Formula One so racing back there will be very cool and I’m sure it will draw big crowds. In fact I think there will be big crowds at all the rounds because the calendar is going to some fantastic cities where the support and atmosphere will be amazing.

It’s a different concept in motor racing. Do you think it will take a while for fans to embrace Formula E?

I think that there are a few ways to look at it. You will probably never convert the hard-core Formula One fans – they like their screaming engines. However for general motorsport fans who enjoy single seaters, touring cars and endurance racing all together I think they’ll be more open to it because it’s another great motorsport series.

But I think the big draw for the Championship is that the visual aspect of the racing is going to be incredible – the cars racing around streets of cities will have such an impact that you will concentrate only on the spectacular sight on track.

If we had started Formula One with electric motors and suddenly changed to a combustion engine the shock would be the same. It’s just a case of getting used to the differences and embracing them.