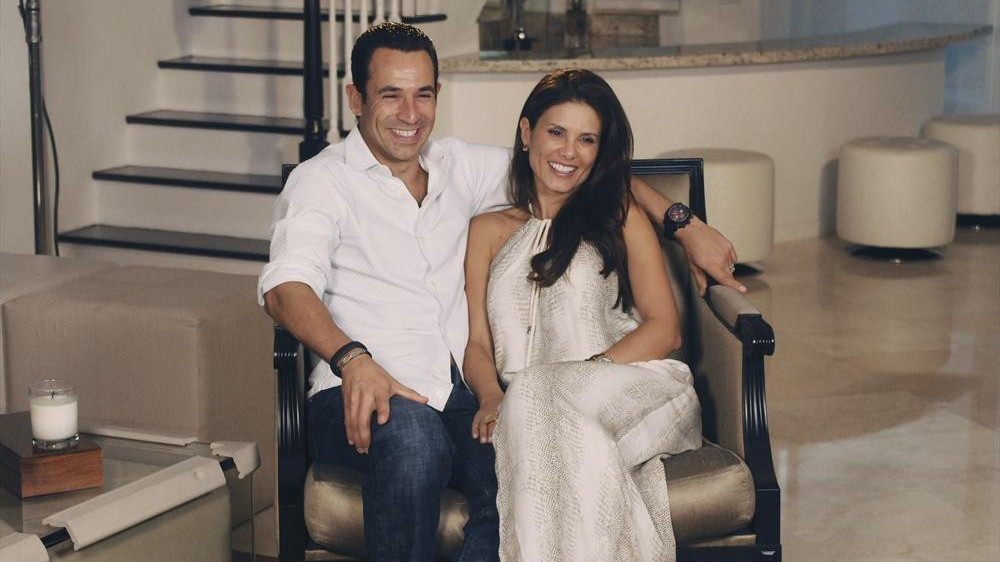 It's not overtly contentious, but there's a family feud brewing in Fort Lauderdale, Fla., with a World Cup semifinal at its core.

National allegiances have placed Verizon IndyCar Series driver Helio Castroneves of Brazil and his girlfriend, Adriano Henao of Colombia, on opposite ends of the pitch, and fireworks of a different sort will be bursting from the start of the match at 4 p.m. (ET) July 4.

"I've been following (soccer) since I was very young and this is a huge year because Colombia hasn't been in the World Cup for 16 years and they are playing very well," said Henao, whose family will attend the match at Estadio Castelao in Forteleza, Brazil. "Unfortunately for Helio, Colombia is going to take Brazil out."

Henao is confident that a wager will be placed. Maybe a team jersey swap to be worn in public or a spa weekend, she suggested.
"We're both very competitive and at home we're always sparring. I tell him all the time that everything from Colombia is better, and of course he says everything – from food to art – from Brazil is better," she continued.

Castroneves said Colombia, which advanced with a 2-0 victory over Uruguay, has lived up to its dark horse role in the tournament, but the host country is primed to claim its sixth World Cup.

"I have a match every day of my life with Adriana – in a good way," the three-time Indianapolis 500 champion said. "Colombia is playing very well, but I'm telling her it's the last opportunity to watch them play in the World Cup."

The barbs are likely to be flying between drivers at an INDYCAR-sponsored "watch party" in the Pocono Raceway paddock. Brazilians Castroneves and Tony Kanaan will be in the minority. Verizon IndyCar Series drivers from Colombia are Castroneves' teammate and Florida neighbor Juan Pablo Montoya, Sebastian Saavedra, Carlos Huertas and Carlos Munoz.