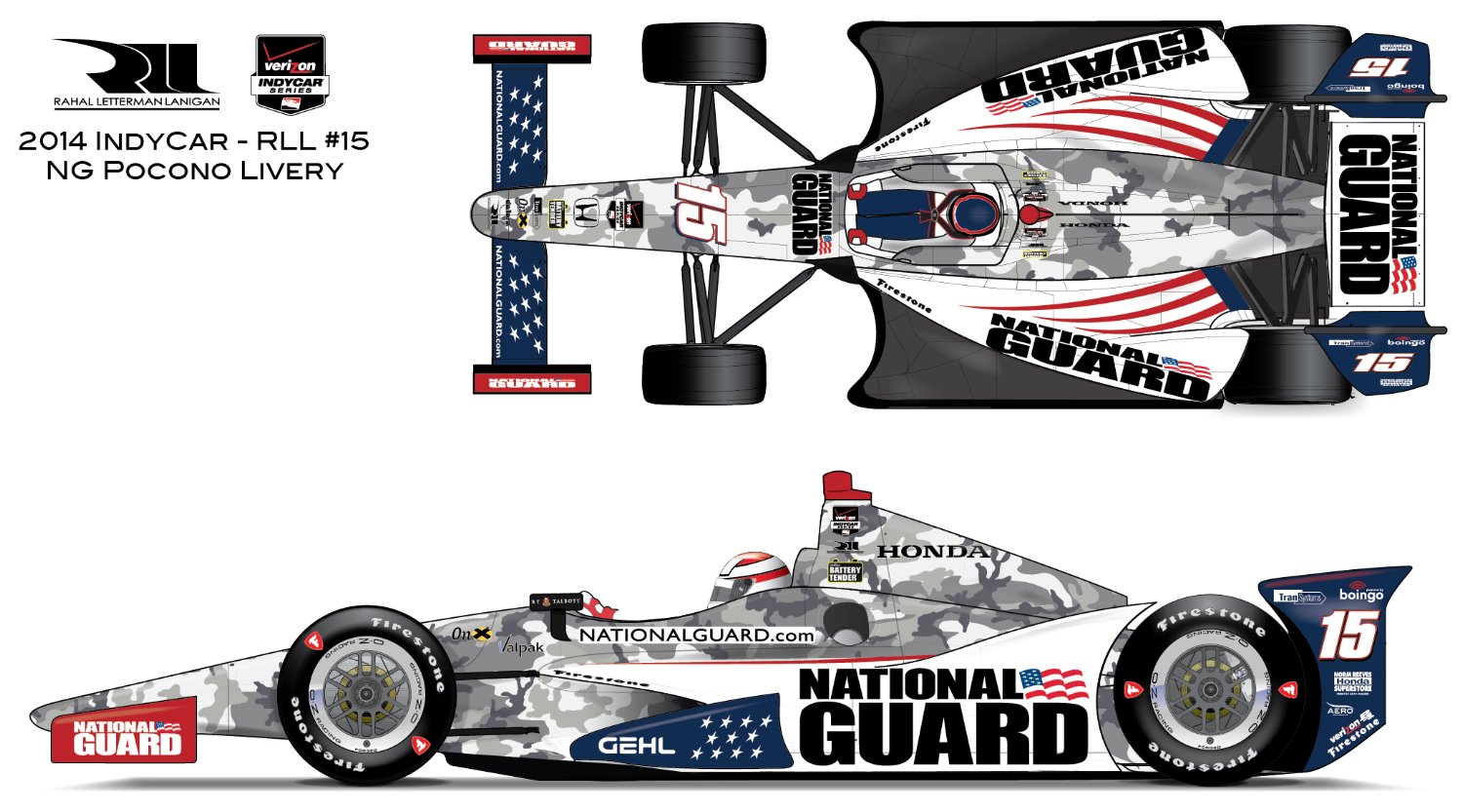 The No. 15 National Guard Dallara-Honda-Firestone entry driven by Graham Rahal in the Verizon IndyCar Series will feature a special livery at the Pocono INDYCAR 500 to commemorate the Fourth of July weekend and honor the more than 350,000 Army National Guard Soldiers who serve in over 3,200 communities across 54 US states and territories. The unique one-race design features a patriotic mix of red, white and blue with iconic brand elements for the National Guard, including highlights of ‘urban camouflage’ used on the team’s crew apparel this season.

"I love the current red, white and blue livery but it’s great to have a special one for the Fourth of July weekend," said Graham Rahal. "The camouflage is really a cool touch and I hope it connects with the men and women of the National Guard that we are honored to represent. As an American, racing on this particular weekend is very special and I think the car will look great on track!"

The Pocono INDYCAR 500 will be broadcast live on NBCSN at 12 noon ET on Sunday, July 6.