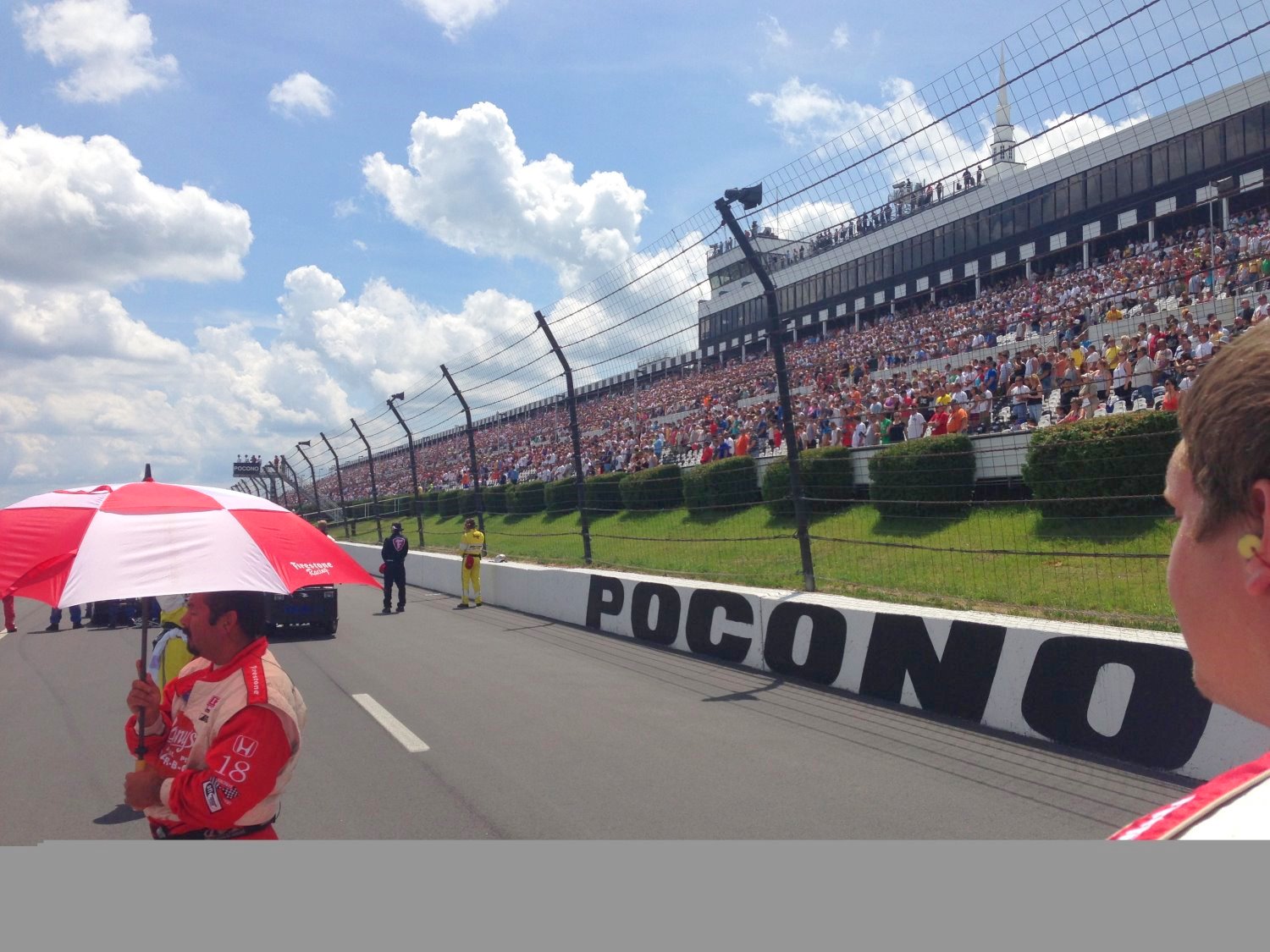 This season, the Verizon IndyCar Series condensed its 18-race schedule to have it conclude by Labor Day weekend.

That has made things very demanding for the drivers and teams.

Last weekend’s doubleheader in Houston kicked off a grueling 10-race stretch where they will have only two off-weeks between now and the August 30 finale in Fontana, California. The series is at Pocono Raceway on Saturday and Sunday for the Pocono IndyCar 500 Fueled by Sunoco.

“There’s not much we can do except be ready to go, I guess," driver Helio Castroneves said. “The mechanics, teams and drivers will have a crazy schedule. But it is the same for everyone.

Because the teams basically will be racing every week from now to the end of the season, the importance of each race is magnified in the battle for the series championship.

In the case of the Pocono IndyCar 500, it is twice as important because it counts for double the points. This season, IndyCar made its three 500-mile races — Indianapolis, Pocono and Fontana — double-point events.

“The guy who does well in the doubleheader weekends and at Pocono, he is set for the end of the year," Castroneves said.

Last season, Castroneves learned the hard way just how quickly the points can change. He entered the Houston doubleheader weekend — which was the next-to-last stop on the 2013 schedule — leading the standings. But he suffered finishes of 18th and 23rd and that allowed Scott Dixon to overtake him in the points and eventually win the series title.

Ryan Hunter-Reay had it happen this season. His win in the Indianapolis 500 put him atop the standings by 40 points. But finishes of 16th, 19th and 19th in the next three races dropped him to third place, 60 points out of the lead.

“It’s a huge swing and it can happen that easily, especially at a double-points weekend like Pocono," Hunter-Reay said. “If one of your rivals has a bad day and you have a good one, all of the sudden you’re right back on top of it. Anything can happen very fast. I saw that first-hand coming off Indy. So Pocono will carry a lot of weight."

Heading to Pocono, Will Power leads the standings with 405 points. Castroneves is second with 366 points and Hunter-Reay third with 364 points. Simon Pageland (346) and Juan Pablo Montoya (289) round out the top five.

Power said he doesn’t think about the points.

“I know I’m leading, but I don’t care about the points," Power said. “The only time you need to look at them is at the end, right? So I just race to win."

Marco Andretti is sixth in the standings with 281 points. Double points or not, he said he simply could use a win at Pocono to help cut into his deficit.

“Obviously that’s easier said than done," Andretti said. “But we need to be up there in the double-points races. We need to put together good double-race weekends. If we could win a race, I have no doubt that once we do we can string a couple together. We’ve been close. We just need to do it."

A driver is not going to win the IndyCar championship this weekend at Pocono. But he certainly can lose it there.

On Sunday, the Pocono IndyCar 500 will get the green flag at 1 p.m. Times-Tribune