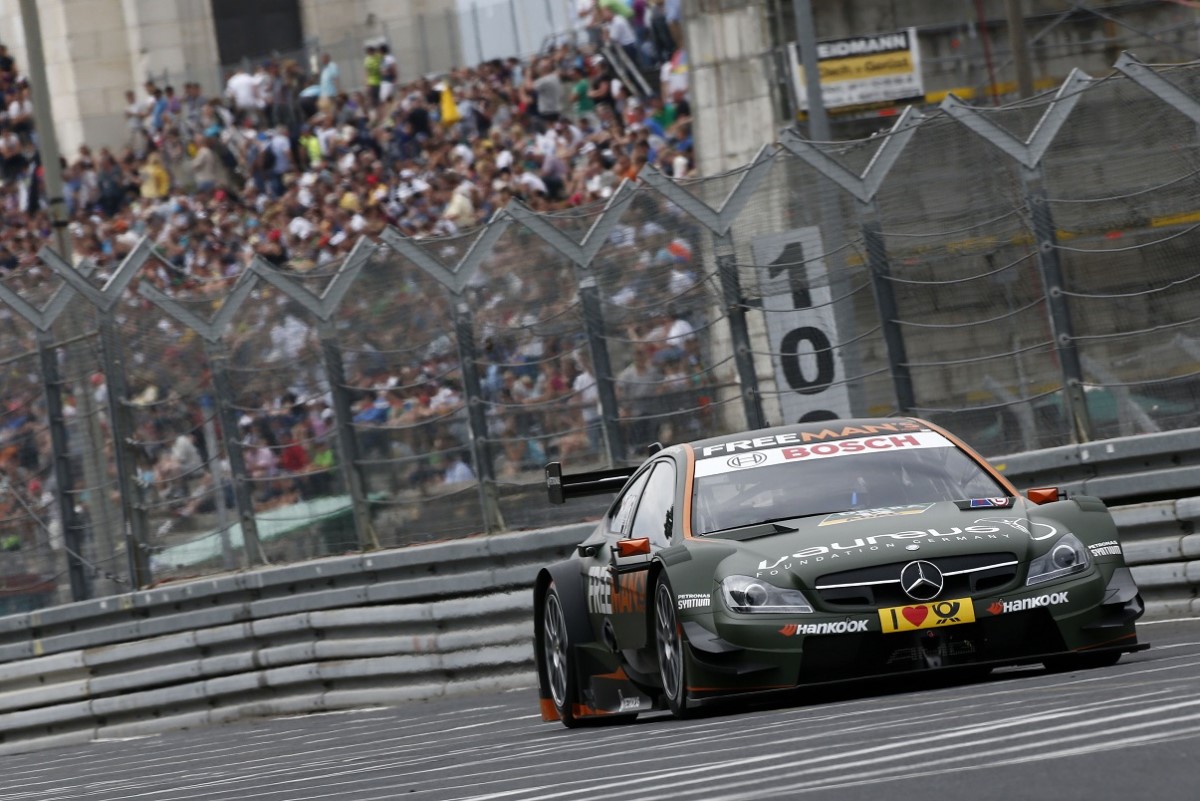 Mercedes-Benz driver Robert Wickens crowned a perfect weekend of racing at Norisring with his first victory of the season. In slippery conditions at the 2.3 kilometers long street circuit, the Canadian converted his pole position in an undisputed lights-to-flag victory. “I am overjoyed. I was able to fully concentrate on driving my own race and extend my lead. So far, it has been a craze season for us and because of that, this victory is all the more beautiful for me and my team. The Norisring has always been good to us," the 25-year-old said after scoring the twelfth Norisring victory in a row for Mercedes-Benz. In total, 121,000 spectators attended the fourth race weekend of the most popular international touring car series in Nuremberg.

British driver Jamie Green, who already scored four DTM race wins at Norisring, crossed the finish line in second place. After a collision in the opening stage, the Audi driver was given a five-seconds penalty. “At the start, I collided with Paul Di Resta, for which I got a penalty. That I still managed to finish second is very nice. I am really happy that Audi was so competitive here today," Green said. Fellow Audi driver Mattias EkstrÃ¶m completed the good performance by the team from Ingolstadt after making his way up from twelfth on the grid to finish third.

For Marco Wittmann, a sixth-place finish was enough to defend his lead in the drivers’ standings. After his home round, the 24-year-old remains in the lead with 58 points. “Scoring points was my goal and I succeeded. I had a good start and initially, it went really well for me. Unfortunately, the rain tires degraded too much, so that I lost ground again mid-race. Sixth place still is a good result for me," the best-placed driver of a BMW M4 DTM said. Edoardo Mortara moved up to second place in the drivers’ standings after an impressive recovery at Norisring from 20th place on the grid to fourth at the finish. After four of ten rounds, he is 19 points down on Wittmann.

The fourth season round at the 2.3 kilometers long street circuit required plenty of instinct feeling from the 23 drivers of Audi, BMW and Mercedes-Benz. Prior to the start, a downpour had turned the track into a skid pad. As a result, the race director decided to let the drivers start the race behind the safety car. There was major disappointment for Christian Vietoris, who seemed to be on his way to a safe second place until just before the end. The 25-year-old’s car stopped on the track after a wheel had come off his DTM Mercedes AMG C-Coupé. The next race weekend takes place at Moscow Raceway near the Russian capital from July 11 till 13.