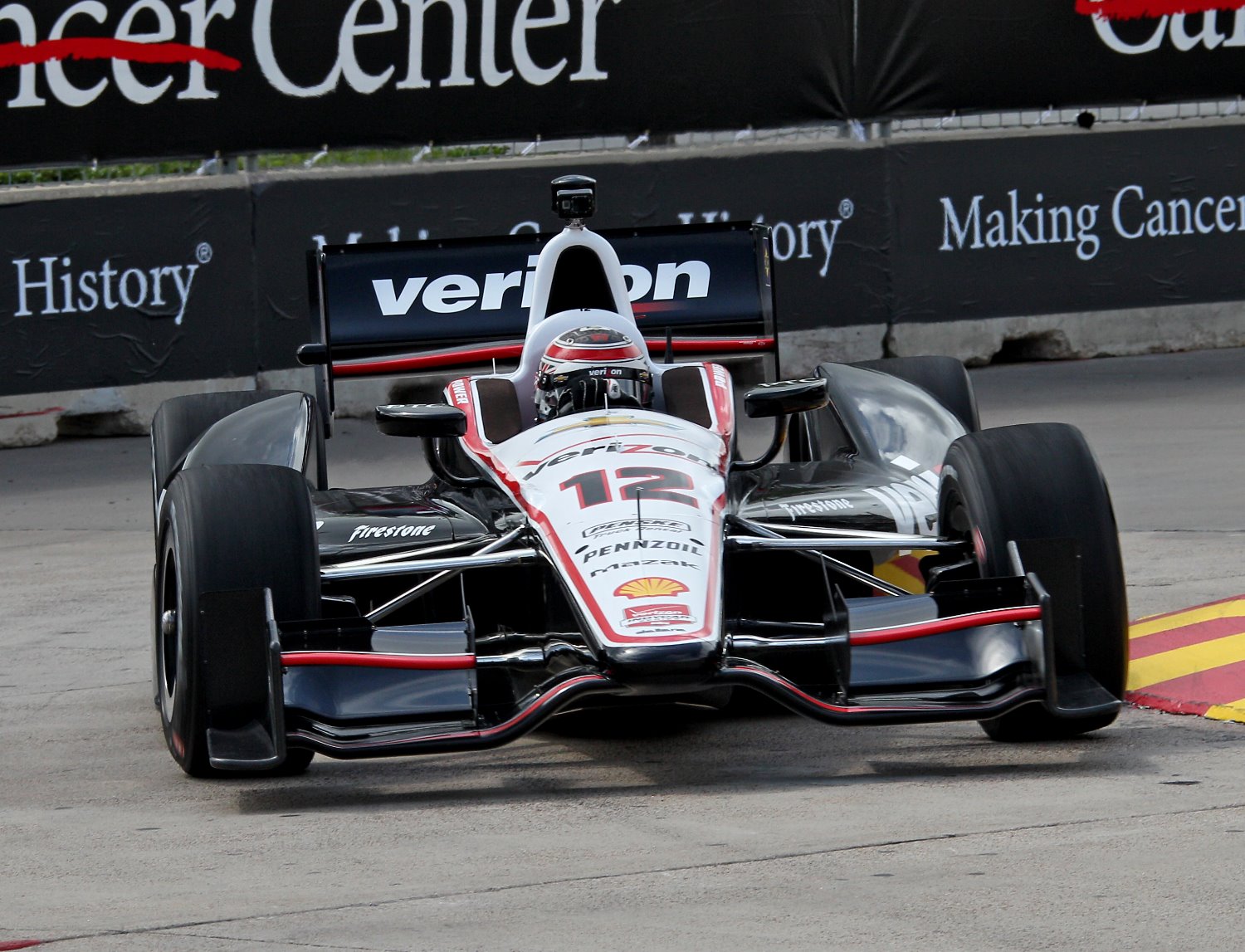 WILL POWER: IT SEEMS LIKE YOU PICKED UP WHERE YOU LEFT OFF LAST YEAR FINISHING FASTEST OVERALL IN TODAY’S COMBINED PRACTICE. HOW HAS TEAM PENSKE HELPING YOU PREPARE FOR THE RACE THIS AFTERNOON AND QUALIFYING THIS MORNING? "It’s hard to tell actually we didn’t have a good session that last run was really difficult to get a lap. It’s normal IndyCar it’s really difficult. Obviously being in that front bunch is very competitive, but I think we’ve got a good chance tomorrow with about 10 other guys so we are doing everything we can tonight to really work out the set-up."

IN YOUR WORDS HOW WOULD YOU DESCRIBE THE TRACK FROM LAST YEAR TO THIS YEAR? "It’s a little bit different. It’s very similar honestly. It’s no big deal it’s basically the same track to me it’s just you getting your car to ride the bumps well. I think that is the key."

HOW DO YOU FEEL IF EITHER OF THESE TWO RACES GOES TO RACING IN THE WET? "Well that always makes things really interesting. I mean it just depends how much it rains and how it dries up and when you go to slicks and when you put on wets and so on. It’s all stuff you’ve got to do on the fly you just can’t predict it. You don’t know how it’s going to be but it will definitely make it exciting for the fans."

HOW DO YOU THINK THE STANDING START PRACTICE ON THE FRONT STRETCH WENT AND IS THAT SOMETHING THAT WAS NEEDED FOR YOU GUYS? "Yeah I think it was a good idea. No one stalled so hopefully that is the case in the race. The reason we are doing it is because of what happened at the Indianapolis road course. Obviously we had a pretty big crash there so trying to prevent that. Obviously things are a little different when there is a bit of pressure on and everyone is packed up there on the grid. Hopefully everyone gets away."

I KNOW YOU HEAR A LOT THAT FANS THINK INDYCAR RACE CONTROL FAVORS YOU OR DOESN’T MAKE CALLS AGAINST YOU: "I thought that was the other way around."

DO YOU THINK THAT IT’S ACTUALLY THE OTHER WAY AROUND? "Yeah, I mean I probably have gotten the most penalties of anyone this year. Four of them have come in the last five races. I would be surprised if anyone has had even two drive through penalties let alone four. I’ve been penalized enough. Everyone has that. When people stop talking about you that is when you’ve got a problem."

IT DOESN’T SEEM LIKE THE CAR HAD ANY DAMAGE FROM JUMPING THE CURB IN THIS MORNINGS PRACTICE SESSION. THIS AFTERNOON ANOTHER DRIVER DID THE SAME THING AND ENDED UP IN THE WALL. HOW WAS YOUR CAR AFTER THAT CONTACT WITH THE CURB? "The car was fine. I just kept going. Luckily it was early in the session and we were running very slow and I didn’t even make the wall. That hurts. You don’t want to do that. It jolts your neck. Yeah, I’m sure it hurt more for (James) Hawksworth if he did the same, but got to the wall."

RYAN BRISCOE: YOU RACED HERE IN 2007 IN A SPORTSCAR, WHAT IS IT LIKE TO BE BACK HERE AT HOUSTON IN AN INDYCAR? "Still bumpy. It feels way better than last year looked, so I am thankful for that. I’m thankful for all the changes and upgrades to the track. I think it is going to be a tough weekend for sure. It is an exciting track. It’s not that hot outside, but it feels hot. It is just the humidity. It takes it out of you. It is going to be grueling weekend. But, really pleased with the way we have opened up today with the car. The first session was really about me getting back into the groove of getting around this track. Sort of re-learning it after, what, seven years since I was here in a sports car. We’ve had a pretty busy schedule since the last race in Texas. We went to Iowa, then Milwaukee and then a couple of days in Sebring. I feel like that has really helped this team, and especially on the No. 8 car. We will just keep building on what we’ve been learning all year long. Hopefully we keep going strong tomorrow."

ON KICKING OFF THE LONG STRETCH OF RACES THE SERIES HAS IN FRONT OF THE TEAMS: "The next four weeks, we have six races including a double-points race in Pocono. It is going to have a huge impact on championship points. It is crucial to get it kicked off with a strong result in both races here at Houston is important. We’ve seen in the past what can happen over a doubleheader weekend. You always hope to be on the positive side of that."

THERE IS A CURB IN TURN TWO THAT SEEMED TO HAVE CAUSED A PROBLEM TODAY FOR A COUPLE OF DRIVERS, ANY THOUGHTS ON THAT? "I think it is alright. It is very usable, you just can’t hit it with the center of your tub. I think it is really nice that IndyCar has been going towards standard curbing around the whole track. At least that way we know what to sort of expect around each corner. That has been a huge improvement since last year, and the year before."

HOW CRUCIAL WAS THIS BREAK BEEN TO HELP RAISE PERFORMANCE OF ALL FOUR TEAMS? "It has been crucial. We were looking forward to having those tests come around. It’s been a battle, and we’ve been learning a lot, making improvements as the season moves forward, but it is so hard when you come to these race weekends and you have such short practice sessions. It is hard to go too far out of the box, and go too far out there on trying things. The testing the last couple of weeks gave us that opportunity. We definitely learned some things. This is a unique track for sure, it’s difficult at Sebring to simulate what you are going to get here at Houston. I believe we found some really good items that we carried over, and we have confirmed as being positive. We just need to keep working hard, keep going. I know the team has always been known as getting stronger, and stronger as the season is going forward. The No. 8 team guys are all working hard. We are looking forward to winning races. We’ve worked on a bit of everything. For sure, depending where we are going, you work hard on that track, but we don’t’ give up anywhere. You can’t look past the superspeedways. There is Indy, then the other two are double points and mean so much. We are working on things for Indy to apply at Pocono and Fontana. But, so much of what we do is street course racing, and that is probably where the most time has spent."