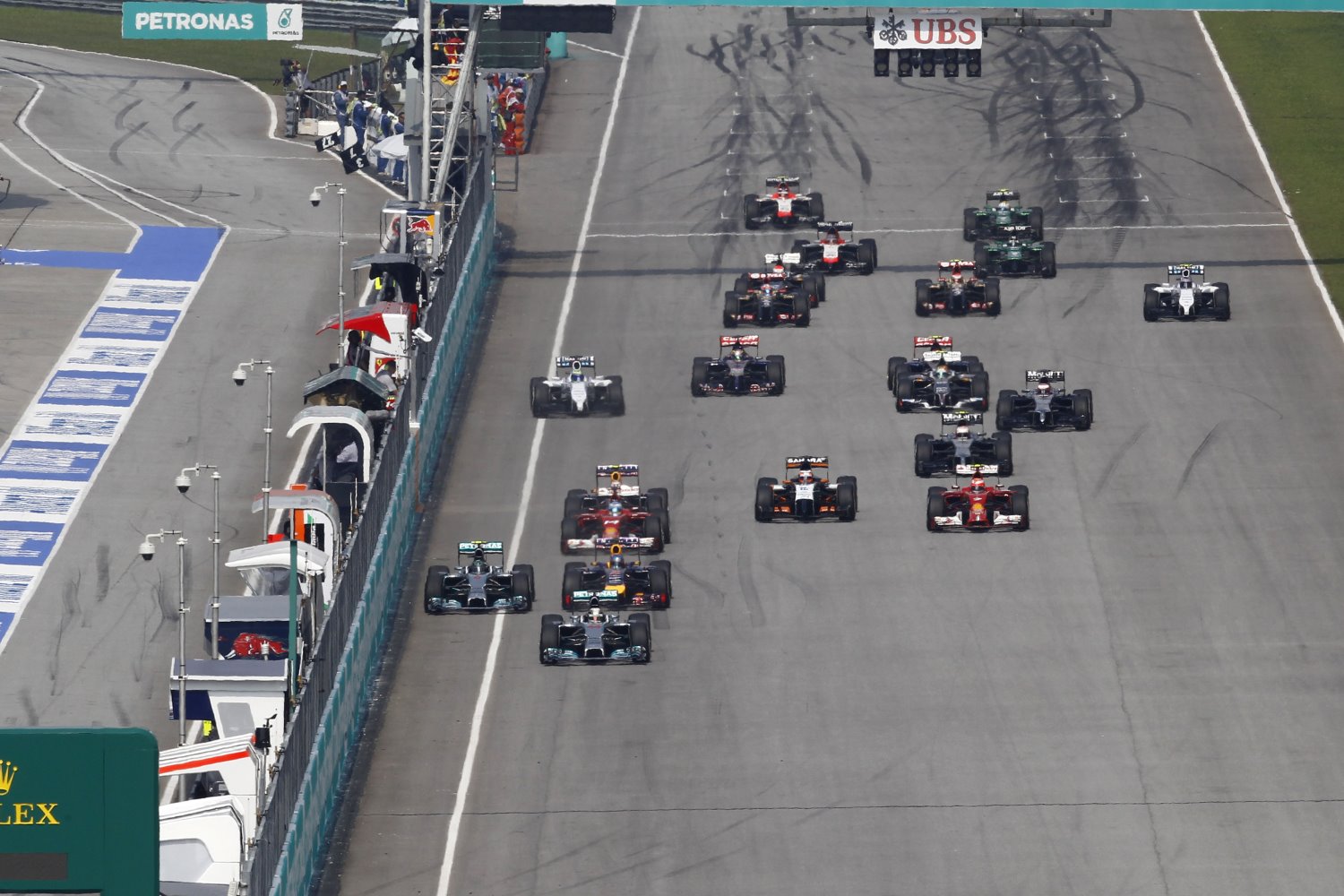 Formula 1 will introduce standing restarts after safety car periods from next season, after the FIA ratified a number of rule changes for 2015.

Teams have recently been working on a number of proposals to improve F1's spectacle, and standing restarts gained approval at Thursday's meeting of the FIA's World Motor Sport Council.

Proposals to effectively ban the current controversial nose designs on F1 cars by rewriting the technical regulations have also been approved.

F1 is also set to adopt 'sparking' titanium skid planks for next season, which were trialed successfully by Nico Rosberg and Kimi Raikkonen during the recent Austrian Grand Prix.

Amid the ongoing debate over how to cut costs in Formula 1, the FIA has also ratified proposals to further restrict teams' use of windtunnels and CFD, reduce the number of engines allowed to each driver across the season (from five to four unless the calendar expands beyond 20 races), and cut down testing.

The FIA has also confirmed that pre-season testing will return exclusively to Europe next season, after holding two tests in Bahrain this year.

Pre-season testing will also be reduced from three, four-day tests in 2015 to two tests of four days each in 2016.

In-season testing will also be cut from four tests to two from next year, with teams required to reserve half of the allocated running for young drivers.

A proposed ban on tyre blankets for 2015 has been rescinded, but will be reviewed if wheel and tyre sizes increase in the future.

Parc ferme rules have been extended for next year, starting from the beginning of final free practice rather than qualifying, while F1's Friday night curfew will also increase – from six hours to seven in 2015, and up to eight hours in 2016.