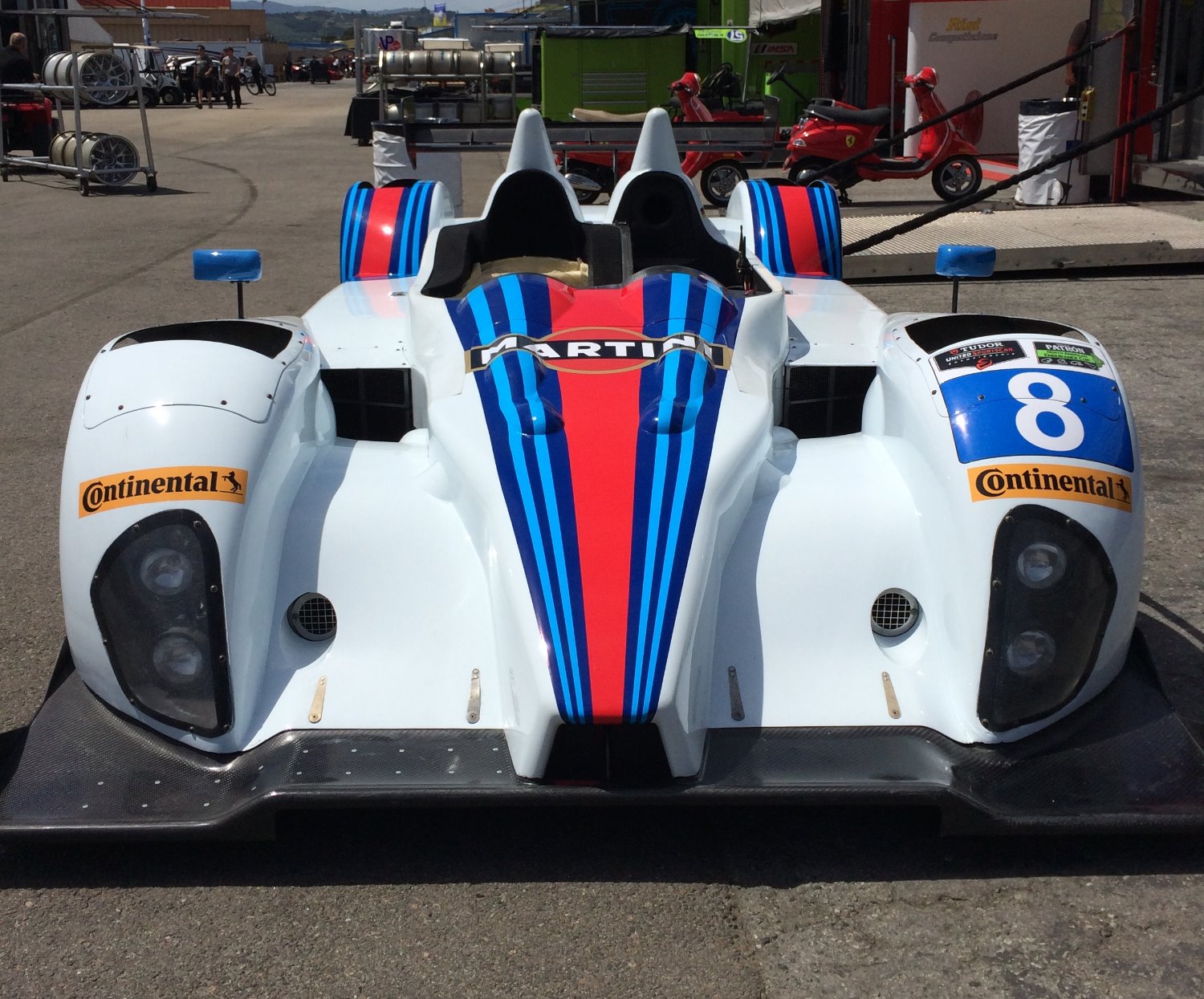 Qu: Peter, it's your first year in the Prototype Challenge class in the new TUDOR United Sportscar Championship, how are you finding it?

Peter: “It is exactly how we envisioned it; very tough and competitive. We feel that we are catching up to the teams who have run these cars for multiple years and have three drivers in striking distance for a championship. It's a shame it's considered an amateur series because most of the Silver/AM drivers are only a fraction of a second off the Pro's. I'm sure many are better than some Pro's! I would say the only surprise is how good some of them are. But the cars are great to work on, the racing is competitive and it's the most modest budget in the TUDOR series. It's a shame they capped the entries."

Qu: The Martini liveried 8 car is on a roll! With a first time overall win for a PC at Laguna Seca too, the driver/team package seems to be working well……

Peter: “The pairing of Renger [van der Zande] and Mirco [Schultis] is just awesome. Both are very supportive guys that enjoy working with the team and we are thrilled to have them with us. I knew from how they did last year with their limited outings that if they just got some time and a proper program behind them that they would have a fantastic year. I'm sure will see them in Victory Lane more times this year and competing for the championship at Petit Le Mans."

Qu: On the flip side, your Bomberg branded #7 Starworks Oreca Chevrolet FLM09 seems to be experiencing a host of issues, why is that?

Peter: “We were running second with just two hours to go, only a few seconds behind the leader and catching them when the motor let go in the car at Daytona 24. Just some real bad luck which continued at Laguna with an unfortunate crash in morning warm-up meaning we were lucky even to get any laps in the race for points. And we were looking good at Kansas after the first race, but in the second one we had a paddle shifter compressor start to fail that caused longer shifts resulting in poor acceleration and dropping top speed. Unfortunately the two things that failed on us are sealed spec units that we have no control over. But we're really excited to have John Martin with us this weekend and the 7 car is due a good result. We have a great track record at Watkins Glen and are looking forward to some of the good luck it brings us!"

Qu: It's been quite a rollercoaster first half to the 2014 season for you. What's happening with the Starworks Daytona Prototype you ran at Sebring?

Peter: “Unfortunately, the complicated HPD Twin Turbo installation didn't work right out of the gate. HPD and Riley have been tremendously active, dedicating their time to new installation engineering, but once the season starts time flies by. We came up with three installations that should work well for us that we proposed for the series and are waiting for their feedback. This should be any moment and then we begin parts production and then some on track testing. We were hoping for the DP to make Road America, but that's not going to happen now, so we want to use the Circuit of the Americas as our debut with it and get out the last bugs out to make sure we have a good effort at Petit Le Mans."