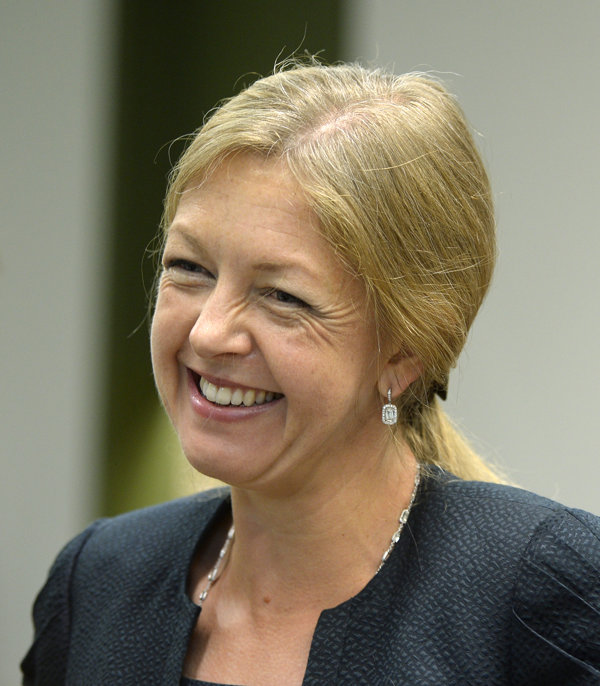 (GMM) F1's chief legal officer ended her day in tears after appearing as a witness during the Bernie Ecclestone bribery trial.

Earlier this year, it emerged that, with Ecclestone's powers diminished during the scandal and high-profile trial, 44-year-old Sacha Woodward-Hill would help her boss with the day-to-day running of the sport.

"She'll be Bernie's rock," an insider told the Daily Mail in April.

But in Munich on Wednesday, Woodward-Hill found her emotions in turmoil.

The German news agency DPA reports that, as she was repeatedly questioned as a witness by the prosecution, Woodward-Hill had to have a break after succumbing to tears.

The outburst was triggered by squabbling between the respective legal teams, who argued over the accuracy of the translation of her testimony from English to German.

Ecclestone's lawyers stressed that Woodward-Hill's testimony be meticulously translated, because – as a close colleague of the 83-year-old and one of the Briton's few confidantes – she is a highly important witness.

For instance, when Woodward-Hill told the court she is "unmarried", the translator – who was replaced within an hour of testimony – thought she had said "I'm married".

The Ecclestone camp also quibbled over the translation of her English word 'cordial'.

Not surprisingly, Woodward-Hill backed Ecclestone's claim that the disputed $44 million payment to Gerhard Gribkowsky was paid because the now jailed banker was threatening to go to the British tax authorities.

"My impression," she said, "was that Mr. Gribkowsky knew very well that a tax audit could have very serious consequences (for Ecclestone)."