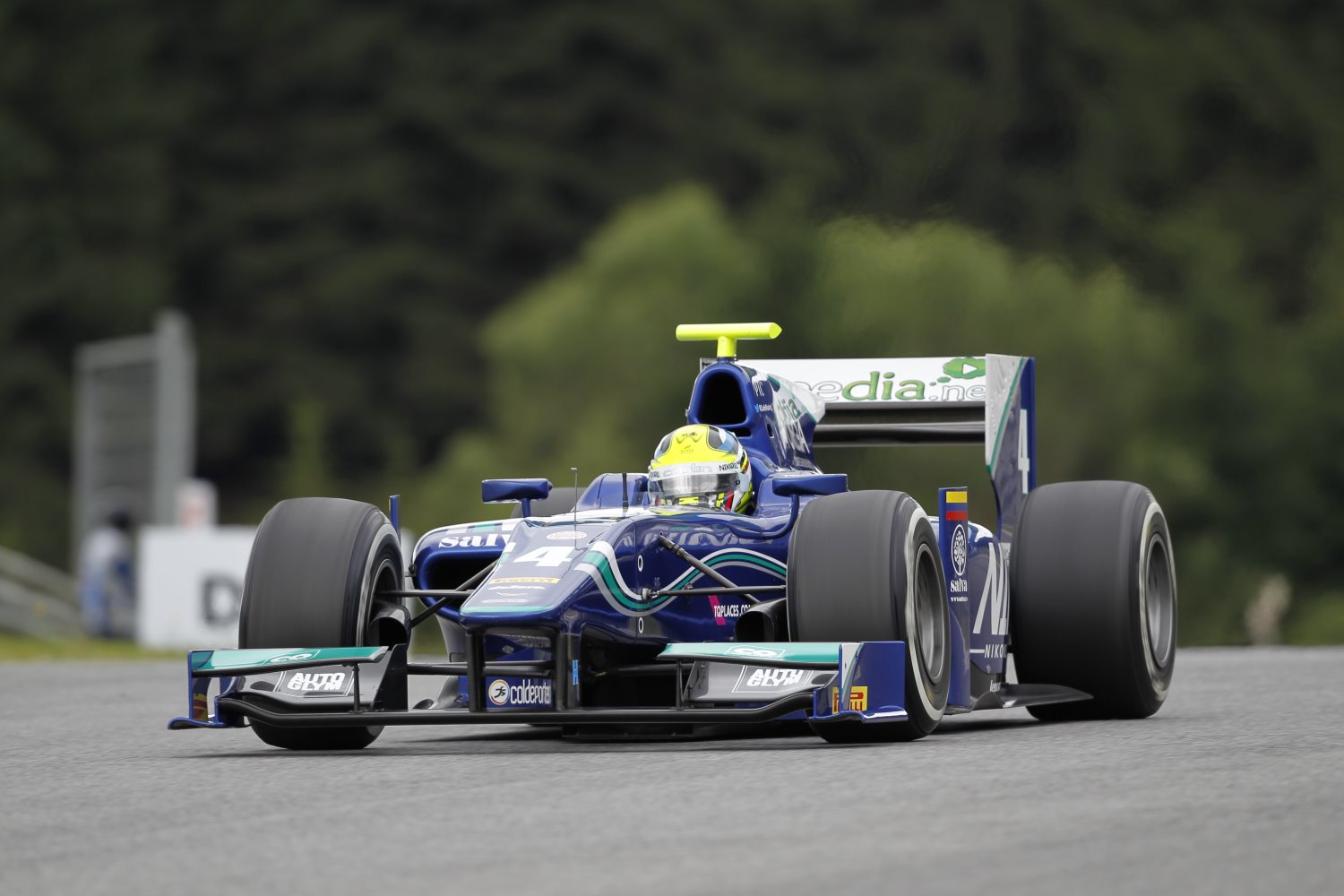 Carlin’s Julian Leal has opened the fourth round of the season in fine style: the Colombian set the quickest laptime of this morning’s free practice session in a 1:15.652 ahead of Racing Engineering’s teammates Raffaele Marciello and Stefano Coletti.

The session opened on a treacherous track as light rain fell on the Austrian circuit. The twenty-six drivers however all opted to get a taste of the Red Bull Ring on Pirelli Medium tires. Series leader Jolyon Palmer set the early pace, but as the drivers got to grips with this new venue, the lap times rapidly tumbled down and after ten minutes it was Alexander Rossi who was sitting pretty at the top in a 1:16.544.

Halfway through the session, Palmer was able to find some extra pace to move back up to P1 but his time was immediately bettered by Coletti whilst Marciello moved up to second. Felipe Nasr was the first man to break under 1m16s, but Ferrari’s protégé Marciello went quicker to edge the Brazilian out of the top spot. In the dying minutes, Leal put his head down and was able to set the best laptime of the session, one tenth quicker than the Italian. At the checkered flag, the rain picked up again and no one improved on their last attempt. Leal, Marciello, Coletti, Nasr, Johnny Cecotto, Mitch Evans, Daniel Abt, Rene Binder, Stoffel Vandoorne and Palmer completed the top ten.

With the weather being unpredictable and everyone still fairly new to the track, this afternoon’s qualifying session promises to be interesting.