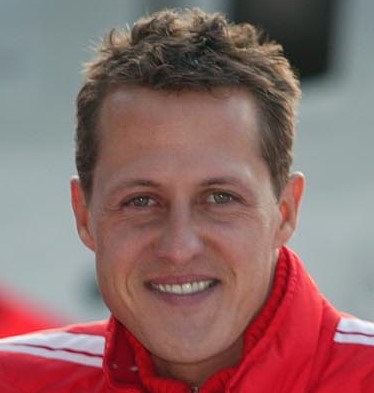 (GMM) Doctors have urged caution following Monday's official news that Michael Schumacher is no longer in a coma.

Lewis Hamilton summed up the mood of almost the entire world when he hailed the statement issued by Schumacher's management as "amazing news".

"I've been trying to keep an ear out for what's going on but not really hearing much improvement," said the Mercedes driver. "To hear this is really encouraging."

As well as saying the seven time world champion's almost six-month coma is now over, Monday's statement revealed Schumacher left the hospital in Grenoble for a "long phase of rehabilitation".

It said little else, but warned of legal consequences should the media report further, including the location of Schumacher's next destination.

But publications promptly claimed Schumacher, 45, was moved to Lausanne university hospital, a 30 minute drive from the family's home in Switzerland. The hospital confirmed the news.

The media also began to quote the opinions of medical experts, like Oxford university neurosurgery professor Dr Tipu Aziz, who told AP news agency it is clear the former Ferrari driver will suffer "long-term side effects".

"With rehabilitation, they will try to train him to cope with the disabilities that he's got to achieve as much life function as possible," he said.

"If he's had a brain injury, he may have weakness in his limbs secondary to loss of brain function. He may have problems with speech and swallowing."

Bild newspaper, claiming that Schumacher cannot yet talk, also reported that the rehabilitation "could take months if not years".

"But there are hopeful signs," British rehabilitation consultant Dr Ganesh Bavikatte is quoted by the Telegraph.

"He is physically fit, he is relatively young and I assume he did not have many pre-existing medical conditions."

Others are less optimistic. Germany neurosurgeon Dr Andreas Pingel told the Focus publication that "Only between 10 and 30 per cent" of patients in Schumacher's situation have "disabilities which are tolerable".

And Germany's society for neurology president Dr Andreas Ferbert warned that Schumacher could now be in a "waking coma", resulting in a "permanent vegetative state".

However, Bild newspaper had claimed Schumacher was communicating with his family.

"I do not want to be a pessimist," he added, "and I hope he does improve, but if the information that has been given is correct, then yes, the chance of recovery is fairly poor.

"If he has been five and a half months in ICU, the trauma was significant. Yes, he is probably in constant need of assistance."

The medical consultant for French television BFMTV, however, said Monday's news was a "real step", because earlier updates indicated Schumacher remained at least partially in coma.

"Now it is possible to do a complete neurological evaluation and know exactly what has happened," said Alain Ducardonnet.

"Based on this information, an appropriate rehabilitation will start."

Another expert, the chief of neurology at Tampere University, said that Monday's news makes the "Forecast of recovery slightly better" than before.

"But I am unable to comment on what his ability to function in the future will be," Dr Heikki Numminen told Turun Sanomat newspaper.

Professor Heinzpeter Moecke, of Hamburg hospital, agrees that it is not publicly known what level of consciousness Schumacher is currently achieving.

At any rate, he said the F1 legend will "probably have to relearn everything: swallowing, movement, walking, talking. It is a very long and tedious process with many small steps."

Asked if Schumacher can recover, he answered: "No one can say at this time. In principle, nothing is impossible. But that he will go back to before is at least unlikely."

Former F1 driver Olivier Panis told RTL television on Monday that his friend "will not be paralyzed, that's for sure. He will not be disabled in a wheelchair.

"But as for the brain, we do not know. We have to be patient," said the Frenchman.