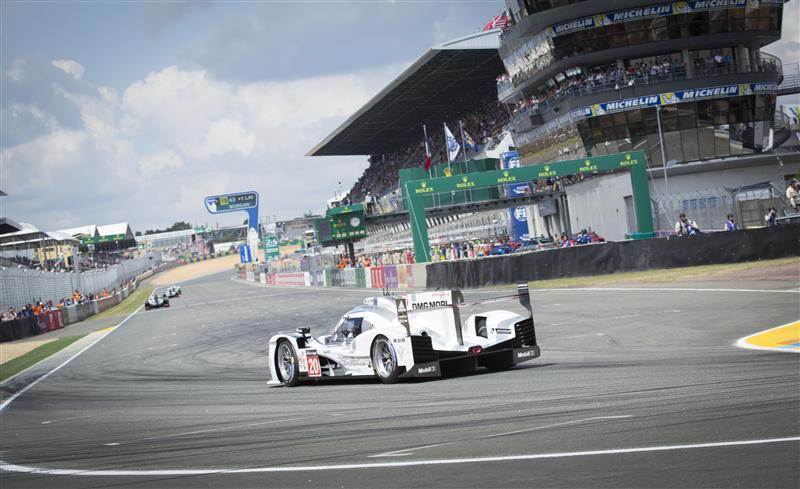 Timo Bernhard in the No|20 Porsche took over the lead of the Le Mans 24 Hours with three hours remaining following issues for the #1 Audi.

Tom Kristensen had been leading relatively comfortably for Audi, but pulled off the track to complete a power cycle having been down on power, losing 20 seconds before then pitting to try and get the issue resolved. Having been sent back out on track, it was clear that the #1 Audi was slow and Kristensen returned the car to the garage where it stayed for over 17 minutes as it required a turbocharger change and dropped to third.

That promoted Bernhard in the #20 Porsche in to the lead, with Andre Lotterer in the #2 Audi up to second and closing a 1m30s gap by an average of two or three seconds per lap.

Lucas di Grassi has taken over the #1 car but is now four laps off the lead and only two laps ahead of the #8 Toyota which continues to recover from a crash in the opening two hours of the race.

There was another lead change in the LMP2 class as Oak Racing regained the lead with the #35 Ligier after the #46 TDS Ligier had trouble and was lapping slowly The two cars are separated by just a minute on track with three hours to run.