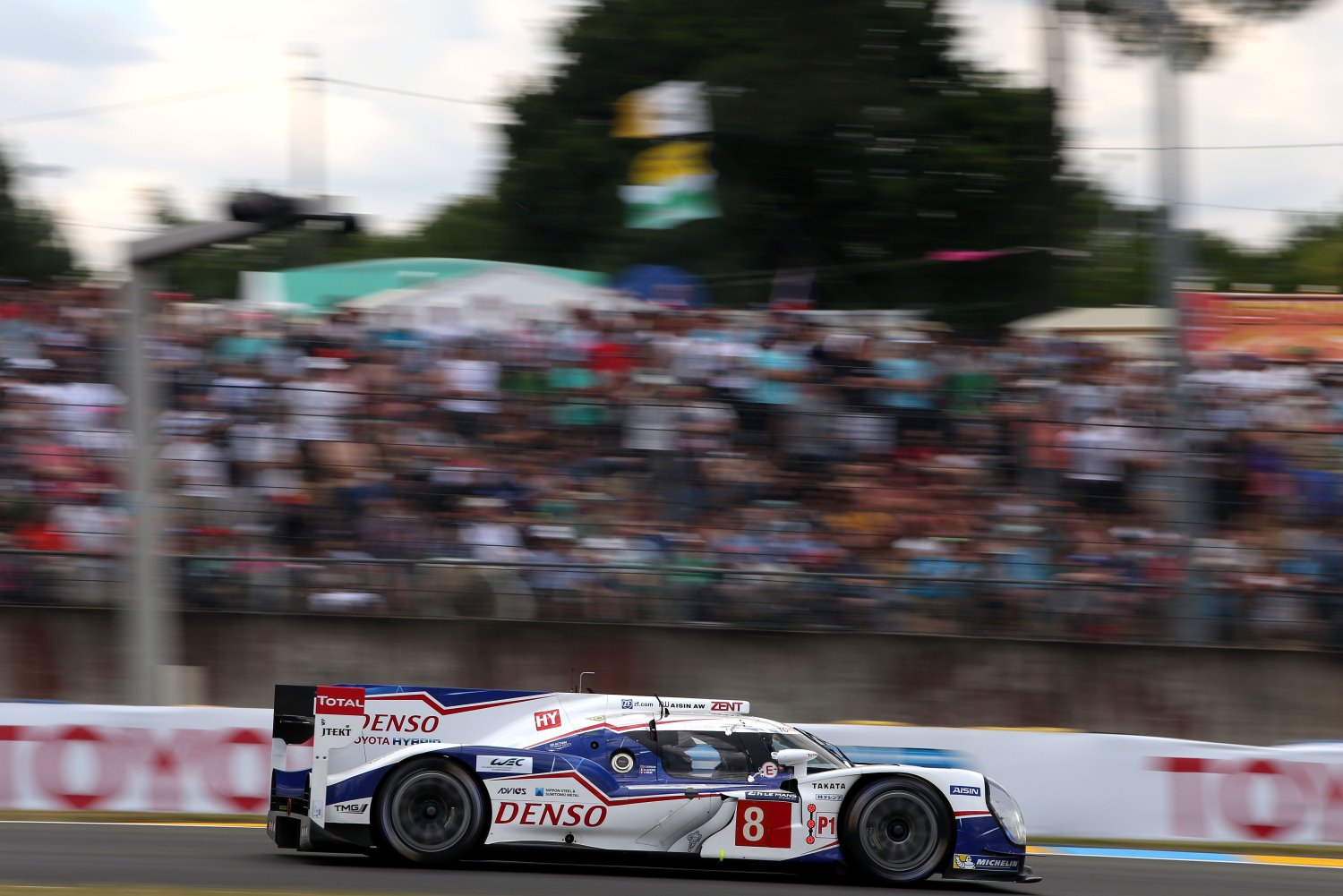 Toyota continues to lead overall at the halfway mark at Le Mans. Stephane Sarrazin leads the No. 2 Audi of Andre Lotterer by two minutes. The No. 1 Audi of Tom Kristensen slowed down right before the end of the 12th hour.

At the end of lap 176 Alexander Wurz handed the wheel of the No. 7 Toyota TS040 Hybrid over to team mate Sarrazin, after completing a quadruple stint in the car. Sarrazin maintained the two-minute lead that Wurz had built up during his stint.

Nissan PlayStation GT Academy graduates Jann Mardenborough and Mark Shulzhitskiy and their teammate Alex Brundle are still in command in LMP2. Brundle’s pace in the last couple of hours have resulted in a comfortable near three-minute lead for the No. 35 G-Drive Racing by OAK Racing Ligier JS P2 Nissan over the No. 36 Signatech-Alpine Alpine A450b Nissan of Paul-Loup Chatin.

While the race in the LMP1 and LMP2 categories seems to have settled for now, the fight in GTE-Pro has been an ongoing battle between the No. 97 Aston Martin Racing Vantage, the No. 74 Corvette C7.R and the No. 51 AF Corse Ferrari.

Aston Martin Racing’s Bruno Senna rejoined right in front of AF Corse’s Toni Vilander and the fight was on again just after 1 o’clock in the morning. The three cars were separated by just a couple of tenths, but it was the Brazilian who kept his Vantage in the lead of the class.

At the halfway mark, right after another round of pit stops, Senna was half a minute ahead of Giancarlo Fisichella in the AF Corse Ferrari and just over 50 seconds ahead of Richard Westbrook in the Corvette.

It is an Aston Martin Racing double at the halfway mark, as the No. 98 Vantage is on top in the GTE-Am class. David Heinemeier Hansson leads SMP Racing’s Alexey Basov by over two minutes. The No. 88 Proton Competition Porsche 911 RSR is a lap behind in third place.