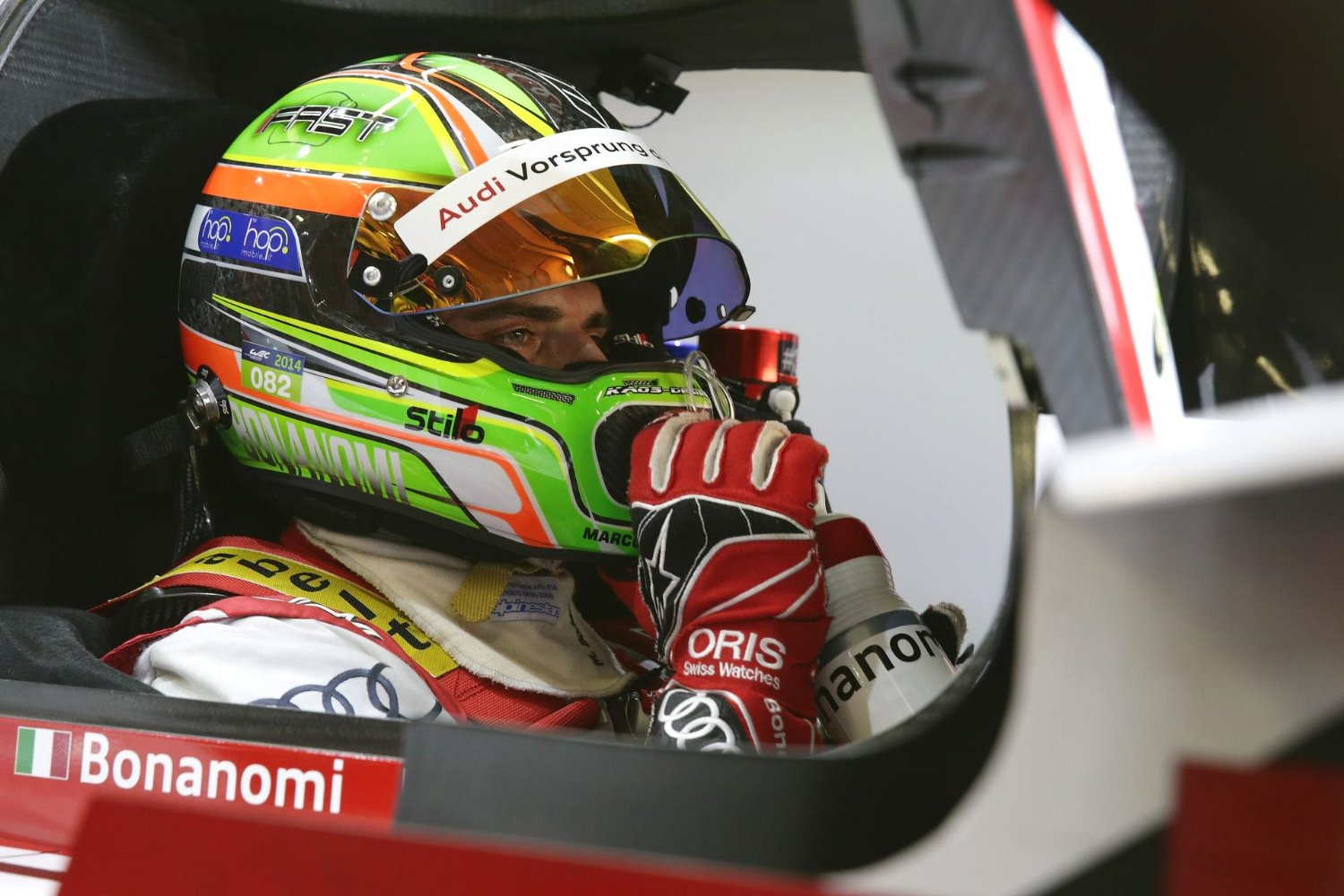 Intermittent but heavy showers are continuing to ruin in the 2014 Le Mans 24 Hours, with Porsche moving into the lead for the first time, but only because it did not pit yet. The Porsche is not fast enough to lead on its own.

Hour three began under safety car as marshals worked to clear the debris caused by Marco Bonanomi and Nicolas Lapierre's crash, the former's #3 Audi now confirmed as out, while the #8 Toyota has been repaired and is running again, albeit 8 laps down.

The race resumed 13mins into the hour, but was placed back under safety car conditions just 13mins later when it began raining heavily again. During this time, the Muphy Prototypes Oreca of Karun Chandhok – which was third in the LMP2 class – suffered a spin into the barriers, as did the Greaves Zytek.

Taking the opportunity to pit, the leading #7 Toyota – which had established a 1min 30secs lead on the competition having benefitted from the first multiple safety car format -, came in for a third stop, with Stephane Sarrazin assuming control.

However, with the race set to restart again, the car was held at the end of the pit lane until the field streamed through, allowing the #20 Porsche of Timo Bernhard into the lead for the first time, albeit having completed just two stops and with just five seconds in hand.

The #2 Audi is in third – now with Benoit Treluyer in the car -, but more than a minute behind, while the #1 Audi of Tom Kristensen is a lonely fourth 2min 30secs behind.