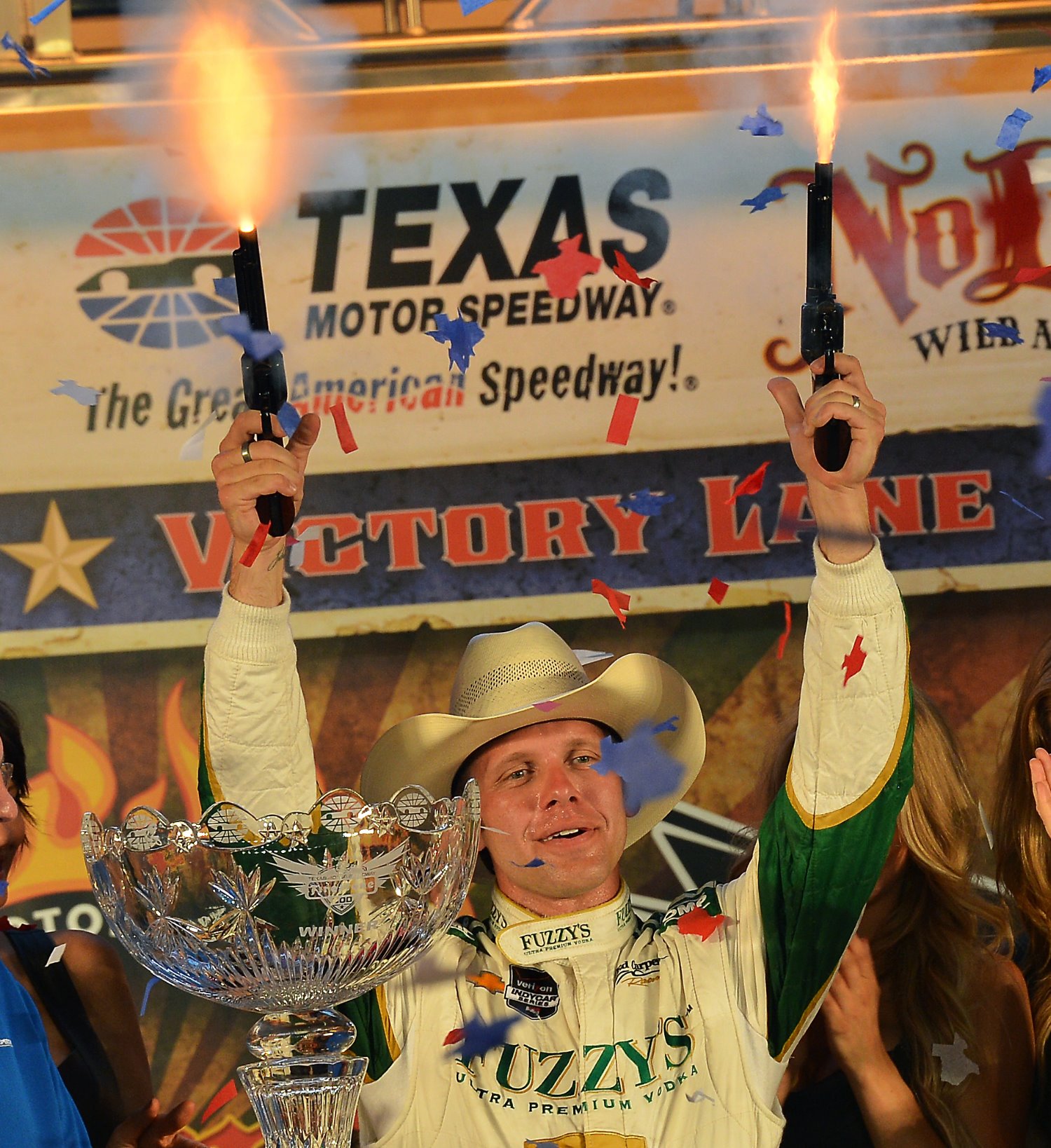 Victory in the Firestone 600 on June 7 at Texas Motor Speedway was personally satisfying for Ed Carpenter as the driver, and maybe more gratifying for the Ed Carpenter Racing team owner.

It was the second victory of the season for the team. Carpenter competes in the oval track races in the No. 20 Fuzzy's Vodka/Ed Carpenter Racing car, while Mike Conway is in his first year with the team for the street/road course events. He won at Long Beach in mid-April.

The last time two different drivers won in the same car in one season was 2005 when Bruno Junqueira won at Monterrey, Mexico, in the No. 2 Newman-Haas Racing car. He was injured in the Indianapolis 500 and Oriol Servia drove for the remainder of the season, winning at Montreal.

"We've got a good group of people, and I think we're able to show that on track right now," Carpenter said. "Like I keep saying, I'm really proud of the whole team, the whole effort, the whole group. We have a lot of fun, and it's even more fun when you're winning.

"They've been giving us great cars all year for myself and Mike, so it's nice to be able to deliver."

It was the third career victory for Carpenter (the first since the 2012 season finale at Auto Club Speedway), who led 90 laps in leading Will Power of Team Penske across the finish line by 0.5427 of a second.

"I want to try to win every session, every race that we go to, whether I'm driving or Mike is driving," said Carpenter, the sole team owner-driver in the series. "We're just going to try to keep the intensity up and try to keep fighting for wins. The team is certainly capable and they give us cars. We just got to put it all together week in and week out."

Carpenter is joining several other teams this week and next for testing on ovals in preparation for events at Pocono Raceway (July 6), Iowa Speedway (July 12) and Milwaukee (Aug. 17).

"We need to use this break to get ready for the next oval races. It's tough on the whole team after more than a month of work. But that is why we love to go racing," said Carpenter, who was on the .875-mile Iowa Speedway on June 10 and will test at Milwaukee on June 12.

The next Verizon IndyCar Series event — the Shell and Pennzoil Grand Prix of Houston Presented by the Greater Houston Honda Dealers doubleheader on June 28-29 – commences a series of five races in six races in four consecutive weekends.

A Tale of two cities

Pretty similar until you compare the following: