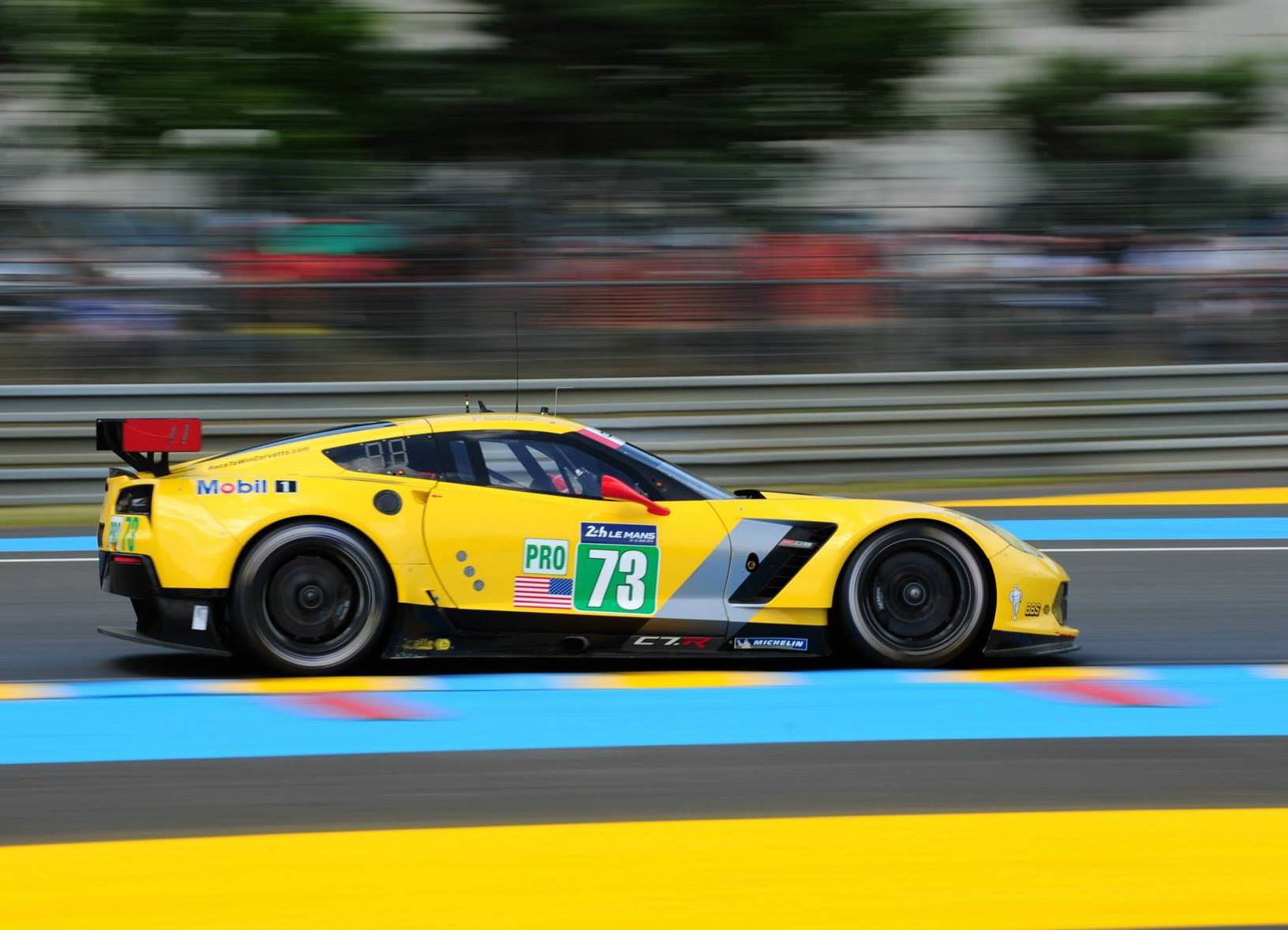 Antonio Garcia posted a best time of 3 minutes, 54.777 seconds around the 8.469-mile Circuit de la Sarthe in the No. 73 Chevrolet Corvette C7.R to qualify second in the GTE Pro class. Garcia will share the car with full-time TUDOR United SportsCar Championship drivers Jan Magnussen and Jordan Taylor in the twice-around-the-clock race.

After struggling in the first three practice and qualifying sessions, the No. 74 Corvette managed to sort out its issues in the final qualifying session to take fourth on the GTE Am grid. Oliver Gavin posted a best time of 3:55.190 in the No. 74 that he co-drives with Tommy Milner and Richard Westbrook.

“We were certainly a little on the back foot coming into the session this afternoon and this evening with the way stuff had gone," Gavin said. “We had the [gearbox] problem yesterday and were really struggling for track time, but we managed to make some progress and got ourselves out of a bit of a hole."

Gianmaria Bruni qualified on the GTE Pro pole position in the No. 51 AF Corse Ferrari 458 Italia with a best time of 3:53.700. The overall pole position went to Kazuki Nakajima in the No. 7 Toyota Hybrid LM P1 prototype at 3:21.789.

In the GTE Am class, the No. 77 Porsche entry shared by Patrick Dempsey, Joe Foster and Patrick Long wound up seventh in the final qualifying rundown after posting top-five results on Wednesday. Long turned in the team’s best lap at 3:57.004.

Participation in the 24 Hours of Le Mans for TUDOR Championship regulars Cooper MacNeil and Jeroen Bleekemolen was put in some doubt in Thursday’s first qualifying session, as their No. 79 Porsche co-driver Bret Curtis crashed heavily. Curtis was transported to an area hospital for evaluation.

While their teammates in the No. 73 Corvette Racing entry were in the top three in both of Wednesday’s sessions at Le Mans, the No. 74 team of Oliver Gavin, Tommy Milner and Richard Westbrook had a tougher time on the first day of official practice and qualifying.

The team encountered transmission problems on its Corvette C7.R, which limited its practice time and left them eighth on the provisional qualifying grid Wednesday night. The team then struggled with rear grip in the first of two qualifying sessions Thursday evening, but Gavin was optimistic about the team’s chances.

"Qualifying here doesn’t mean really anything at all," he said. "It's all about having a clean run from 3 p.m. on Saturday to 3 p.m. on Sunday. If you stay out of the pits and your car’s quick enough and everybody executes well, you’re going to be standing on the podium or standing on the top step."

A month ago, Krohn Racing was not even on the entry list for the 24 Hours of Le Mans, but that changed on May 27 when race organizers extended an invitation for the veteran GTE Am squad with the distinctive bright green paint scheme on its No. 57 Ferrari.

Tracy Krohn and Nic Jonsson – who are competing in the full Tequila PatrÂ¢n North American Endurance Cup as well as additional TUDOR United SportsCar Championship races at Mazda Raceway Laguna Seca and Circuit of The Americas – make up two-thirds of the driver lineup.

The third driver is a familiar to fans of the popular BBC television show, Top Gear. Ben Collins, who anonymously played the role of the white-suited and always-helmeted “The Stig," until he was identified in the British press, has joined the Krohn team. As “The Stig."

“Top Gear was great fun and they dabbled with racing, but this is the real thing," Collins said. “You step from fiction into the real world and this is what I love most. This is my passion. As ‘The Stig Unleashed,’ it’s great to get away from turning lap times on your own to come out here and really measure yourself. The best drivers in the world are here and it’s the toughest race in the world. That’s why I love it."

This is Collins’ fourth appearance in the 24 Hours of Le Mans and first since 2011, when he finished 11th in the LM P2 class.

MORE THAN ONE RACE FOR GARCIA THIS WEEK

No. 73 Corvette Racing driver Antonio Garcia is involved in more than one race this week. The Spaniard was quickest in the first qualifying session on Thursday evening in the No. 73 Corvette C7.R he is sharing with Jan Magnussen and Jordan Taylor, running a best lap of 3 minutes, 55.038 seconds.

However, Garcia is racing more than the 24 Hours of Le Mans this week. His wife, Irene, is home in Barcelona and is due to give birth to the couple’s first child at any time. Garcia said earlier today that he expects to be home by 10 p.m. Sunday night.