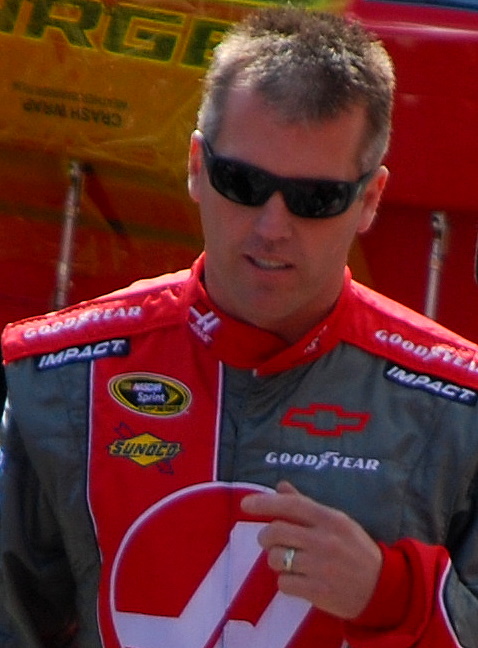 Jeremy Mayfield has learned never to say never but it appears that any chance of him returning to NASCAR racing is slim as he remains adamant that he did not use methamphetamine and does not need to go through NASCAR's Road to Recovery program.

In an hour-long interview Wednesday with Sporting News, Mayfield covered a wide range of topics that stemmed from his 2009 drug test that NASCAR says was positive for methamphetamines.

"I don't use drugs, for sure," Mayfield said. "I don't drink. I might have a couple of beers a year, maybe. … I don't steal. I haven't broke into any buildings and stole race parts and stuff."

The only driver to openly fight his suspension over a violation of the sport's substance-abuse policy, Mayfield remains suspended from all NASCAR activity. Mayfield challenged the results of the test, however, saying it was a false positive for a mix of the attention deficit hyperactivity disorder drug Adderall (for which he had a prescription) and allergy medication Claritin-D. After more than three years of legal wrangling, he ended up losing the case primarily because of waivers he signed saying he would abide by NASCAR's program and testing. Those tests, NASCAR and its program administrator Dr. David Black say, showed methamphetamine levels that could not be justified by the use of Adderall and Claritin.

"The easy road would have been, ‘OK, yeah, I will do your road to recovery Dr. Black and I will go to your rehab,' but I just didn't believe that that's right," Mayfield said. "And I still don't believe it's right. … I don't feel like I did anything wrong. And still don't today."

More than two years after his suspension, Mayfield's property was searched by police, who allegedly found stolen goods and what they determined was methamphetamine residue. The search was based on information from a man with a criminal record who later died, along with his passenger, following a police chase. Mayfield eventually agreed to an Alford plea — where there is acknowledgement of enough evidence to prove guilt while not admitting to the act — to two misdemeanors for possession of stolen goods and one possession of drug paraphernalia.

With the plea, Mayfield was able to end the case, avoid jail time and move on with his life. The 45-year-old driver recently returned to racing modifieds (in a non-NASCAR series), and will race this weekend at Ace Speedway in North Carolina.

Mayfield said he is talking — and doing a video series of his own — to show he is "still standing" and moving on with his life. That life won't include NASCAR unless he goes through the Road to Recovery program and submits to drug testing under Black and Aegis Sciences Corp., the company Black founded that administers the NASCAR drug-testing program as well as programs for the WWE and many colleges.

Mayfield knows that isn't going to happen. In winning the lawsuit against Mayfield, NASCAR retained the ability to use one lab to administer drug tests and determine NASCAR driver eligibility. NASCAR now allows a driver who has failed a drug test to send their own toxicologist to Aegis and watch the testing of the driver's second specimen from the day of the initial test.

"Was it a mistake (to fight NASCAR)? No," Mayfield said. "It is something I believe in. I have my beliefs, just like everybody else does. Could we have handled it a different way? Sure. … I hate it that it happened, I hated everything that's happened along the way. I never wanted all of that to happen. But if I had to do it all over again, I would do the same thing."

And he would tell others to do the same.

"But if you didn't and you had a prescription for Adderall and you go there and they say, ‘Nope, you're done anyway,' you better fight it. Why couldn't you? Why shouldn't you? … You've got to stand up for what you believe in. If you didn't, you're not American anymore." Sporting News