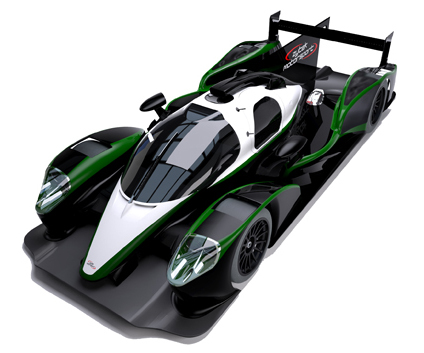 Zytek announced today at Le Mans the launch of its new LMP2 Zytek Coupe project for 2016.

The British manufacturer released renders of its new Le Mans Prototype, which is set to replace the successful Zytek Z11SN.

"The level of interest in the Zytek chassis has been tremendous of late, due to its continued on track success, its drivability and renowned safety record," Zytek Chairman Bill Gibson said. “The chassis business brings the Zytek brand to the fore and showcases our engines and electronics perfectly."

"We want this to continue and flourish and have made this important decision to go ahead with a coupe car that will maintain our presence in the sportscar scene for many years to come," Gibson continued.

No further details of the car are available, although Zytek has confirmed the car fits to the new LMP2 cost cap regulation, and the tub is also LMP1 compliant.