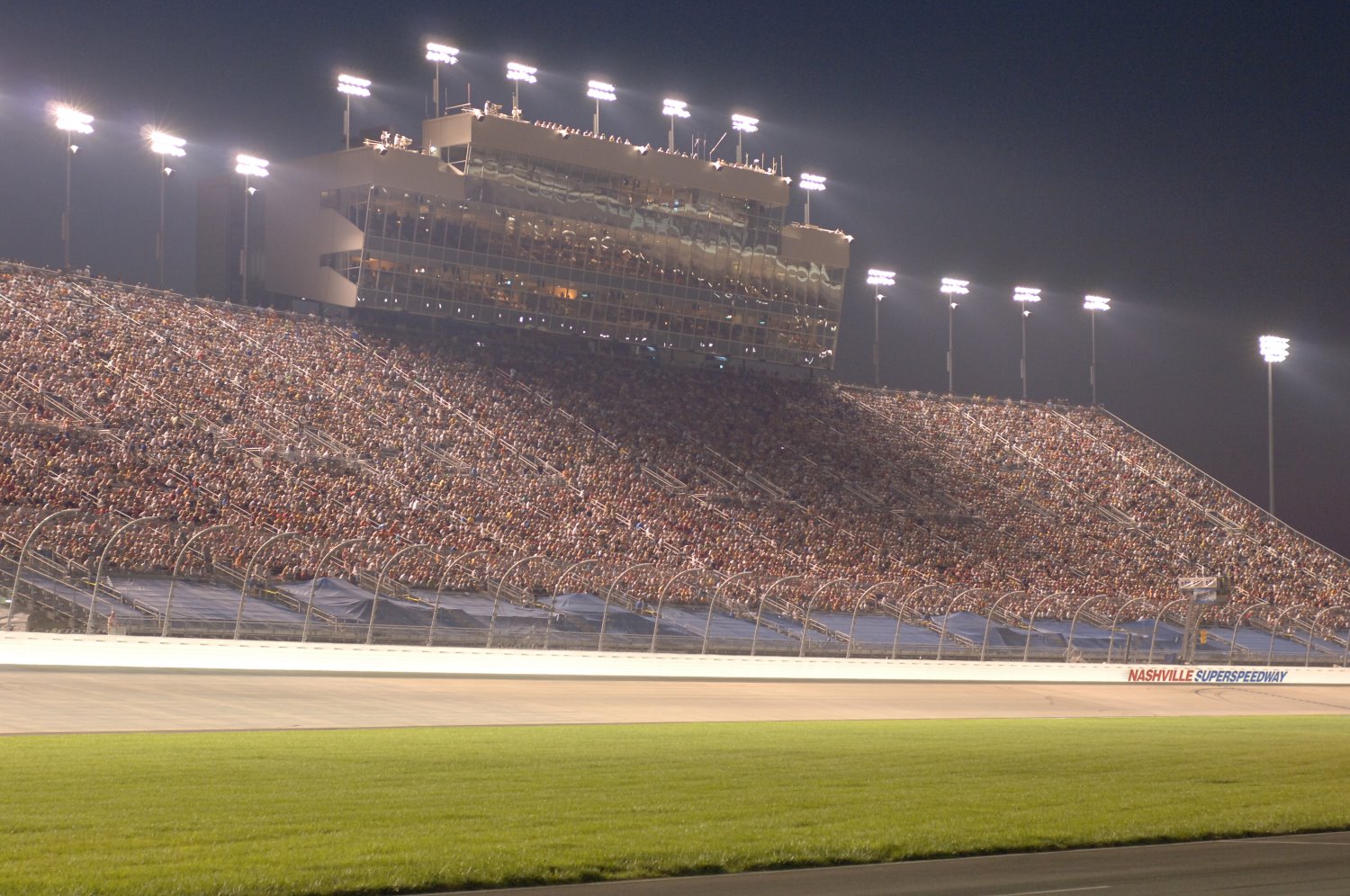 Robb Sexton, new owner of Nashville Superspeedway, won't rule out attempting to bring back NASCAR and IndyCar racing at some point in the future.

"Never say never," Sexton said Tuesday during an interview about his vision for the sprawling Gladeville track on which racing was suspended three years ago.

During its 11 years of operation, the track ran NASCAR Nationwide and truck races, and was on the IndyCar schedule for eight seasons. The lower-tier NASCAR races failed to draw, the IndyCar Series departed, and the big dreams for the track died.

Sexton, undeterred by past disappointments, is determined to revive the dream.

"It's a great facility and we're going to put it to use," he said.

In addition to utilizing the 1.3-mile main racetrack, Sexton also expressed interest in developing the drag strip, dirt track and short track that were included in the original blueprints.

"We plan to develop the entire facility," Sexton said. "We have a comprehensive business plan that involves using the track 52 weeks a year, with a primary emphasis on the motorsports community. Our focus is on a motorsports identity."

Sexton described himself as "car-crazy" and a life-long racing fan.

The 60-year-old Hendersonville resident is founder and CEO of NeXovation, Inc., a global technology company. Earlier this month he announced the purchase of the Superspeedway from Dover Motorsports for $45 million in cash and bond obligations.

Dover suspended racing at the track in the wake of declining attendance. Sexton said he closely monitored developments concerning the track, and — undaunted by Dover's setbacks — two years ago began mapping plans to acquire it.

"This is not just a lark, thinking that maybe we can make it work," he said. "For two years we have taken a hard look at it, formed a business model, and concluded that it is do-able."

Sexton anticipates having some form of activity on the track this year, but declined to discuss particulars. He said he will reveal specifics at a press conference next month.

"Once we are in a position to announce our business models, the logic will fit together," he said.

Sexton grew up in the Washington, D.C. area and lived in different parts of the country as he grew up. He attended Dayton State College but left to assist his ailing father with his business.

He lived for a brief period in Hendersonville, then moved back permanently in 1998 with his wife Caroline and their four children.

He said he chose Hendersonville because of its quality of life, as well as its location in the heart of the music industry and a growing automotive industry, in which his company has interests.

It is speculated that the Superspeedway facility will be put to multiple uses, including automotive testing and as a possible entertainment venue, in addition to hosting various forms of motorsports.

Sexton said when the facility reaches his envisioned year-round use, "it will provide 1,000 people with good-paying jobs."

He plans to give the track more of a Wilson County identity; because of its Nashville Superspeedway name, it is often confused with Nashville's Fairgrounds Speedway, the historic old racetrack at the state fairgrounds.

"We intend to make it a national facility, but with a strong Middle Tennessee and Wilson County identity," he said. "We're going to be very part a much of the Wilson County community."

Amid his efforts to bring the Superspeedway back to life, Sexton will pursue his attempt to buy Nurburgring racetrack in Germany. Sexton claimed he out-bid competitors for the track but was unfairly passed over, and plans to wage a legal battle to over-turn the decision.

He said that campaign won't distract from his Superspeedway involvement.

"It's not tied to the financial or business aspects of our track here," he said. "If it (resolving the Nurburgring situation) takes five years, it won't have any impact on the Superspeedway." Lebanon Democrat