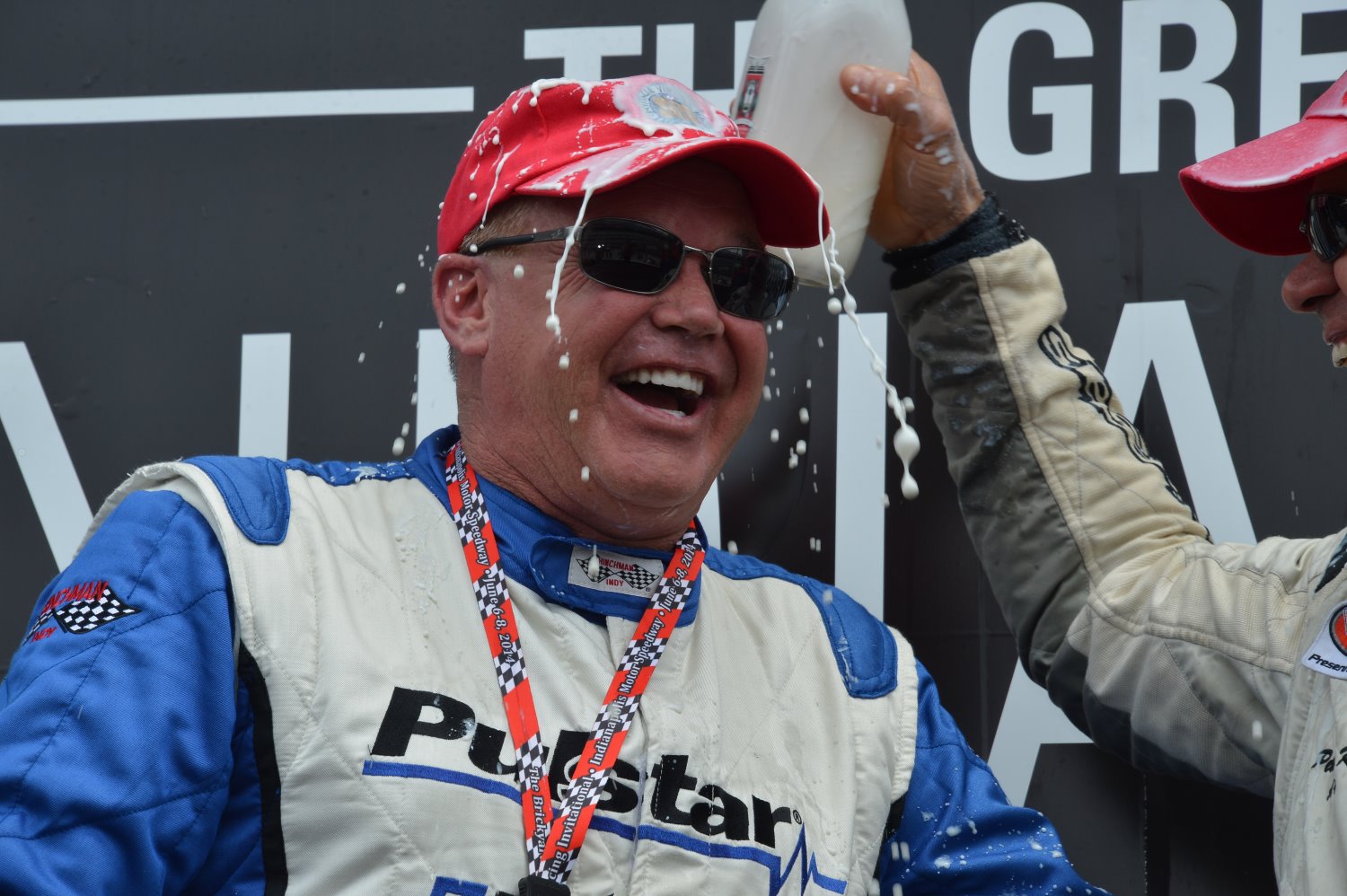 Two-time Indianapolis 500 winner Al Unser Jr. and his amateur partner, Peter Klutt were the winners of the Charity Indy Legends Pro-Am race this afternoon on the recently reconfigured 2.43-mile road course at the Indianapolis Motor Speedway.

The Sportscar Vintage Racing Association served as the sanctioning body of the three-day Brickyard Vintage Racing Invitational where more than 700 racecars competed in 12 different race groups on the IMS road course. The event, which also featured exhibition runs on the famed 2.5-mile IMS oval, gave race fans the opportunity to meet drivers, get close to historic racecars and speak with knowledgeable car owners. The Brickyard Vintage Racing Invitational marked the first time that a vintage racing series has ever competed at the Indianapolis Motor Speedway.

Unser Jr. and Klutt won the race while sharing the driving duties in Klutt's No. 42C 1969 Chevrolet Corvette, with six-time Indianapolis 500 starter and four-time top-10 finisher Eliseo Salazar and his partner Gary Moore finishing second in Moore's No. 98B 1965 Mustang GT350. Rounding out the podium in third place was two-time Indianapolis 500 starter Willy T. Ribbs, who drove the No. 5 1972 Corvette owned by his driving partner Ed Sevadjian.

"It feels great," Unser Jr. said. "I just want to thank Tony Parella [Sportscar Vintage Racing Association President and CEO] for inviting us, and also Peter Klutt for a beautiful car. That Corvette was just gone and it handled super. It's great to be back here at Indy."

"It's a dream of a lifetime," said Klutt. "To drive with Little Al and have him drive our car is really cool, and to drive in an event here is amazing. Tony [Parella] is really bringing vintage racing in North America to a new level and it's really good to see.

"I started the race and then the strategy was that when a yellow came out, I would come in and we'd do the change. It came out early and that was good; I had one of the best drivers in the world to bring her home."

With his runner-up finish today, Salazar posted his third top-five finish at IMS to go along with impressive Indianapolis 500 finishes of fourth in 1995 and third in 2000.

"I had never experienced vintage racing before. I was invited three weeks ago and they wanted to pair me with Gary, and it was truly a great experience," Salazar said. "Anytime you come back to Indy it's great, and we had fun. We improved our lap times a lot since yesterday and I'm really happy."

"It's a dream come true and a fantastic pairing," said Moore. "We had a lot of things to deal with the car, but we stayed with it and it was a lot of fun."

In placing third in today's race, Ribbs had to quickly acquaint himself with a 1972 Corvette that he had no idea he was going to drive until earlier today.

"I got the call this morning in my hotel about what car I was going to drive, and you're not going to get any practice and you're going to have to go right out and learn it during the race, and that's what we did," Ribbs said.

"It was surreal sitting on the straightaway at the Indianapolis Motor Speedway listening to the national anthem and the whole experience was an honor," said Sevadjian. "To be fortunate enough to be on the podium with past champions and drivers I've watched since I was a kid was a neat program."

Serving as the grand marshal of the Brickyard Vintage Racing Invitational was 1963 Indianapolis 500 winner Parnelli Jones, who drove the pace car for the Charity Indy Legends Pro-Am race.