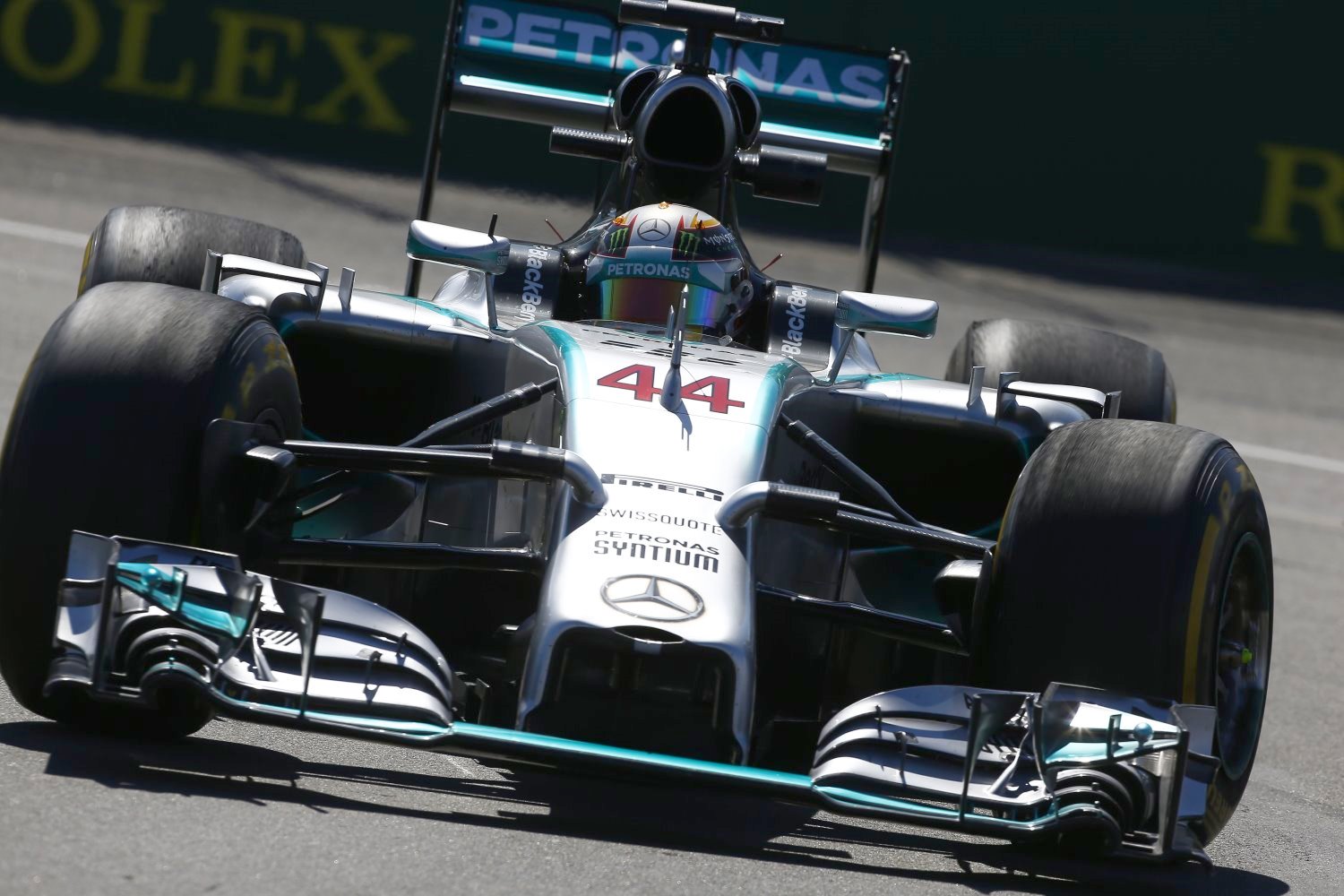 Lewis Hamilton kept Mercedes on top in the third and final practice for Sunday's Canadian GP on the Isle of Notre Dame in the St. Lawrence Seaway in Montreal. He was the only driver to break into the 1m15sec bracket with a lap of 1m15.610s.

Another Mercedes powered car was 2nd quick and 3rd quick. Felipe Massa was 2nd for Williams ahead of the other Mercedes of Nico Rosberg.

The Mercedes both set their best times on the soft tire and were unable to improve on super-softs, unlike the majority of the field, because they were sandbagging – lifting a coasting to not show just how powerful their car really is. Some say they have 100 extra HP in hand.

Fernando Alonso was 4th for Ferrari and Daniel Ricciardo rounded out the top-5 for Red Bull. He was the highest placed inferior Renault powered car.