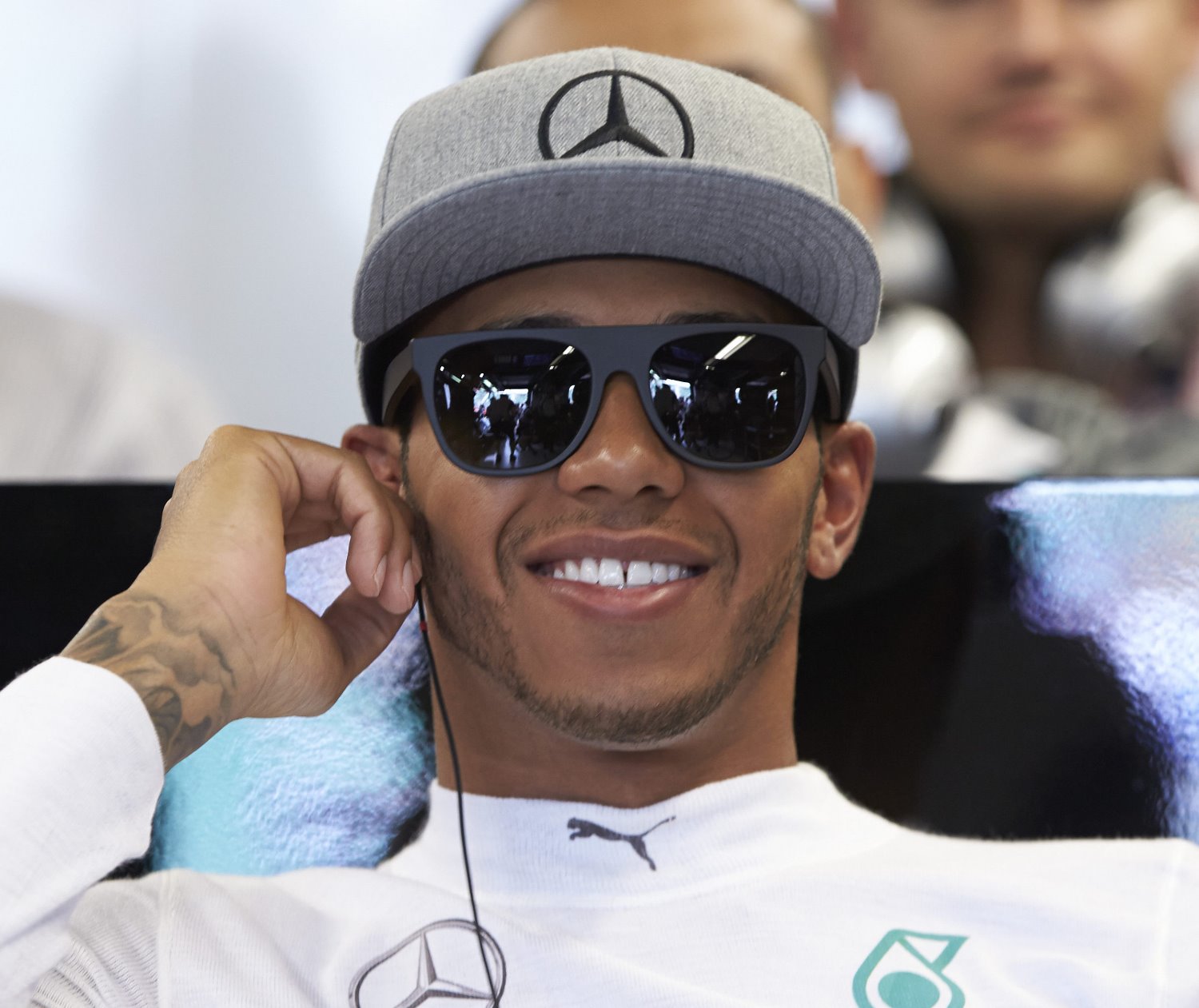 Big teams propose Friday practice axe
(GMM) F1 is proposing to shake up the format of the grand prix weekends for 2015.

It emerged in Montreal on Friday that the plan, already agreed by the powerful Strategy Group including the sport's major teams, is designed to cut costs.

Under the proposal, Thursday's media activities would be axed altogether, while Friday is reduced to just a single, 90-minute afternoon practice session.

"I think the rationale is to reduce the workload on the cars significantly through the weekend and also to reduce the consumption of parts, particularly power units, which is one of the major costs for all the teams, but that's a particular burden for the smaller teams," said Mercedes' Paddy Lowe.

Before the proposal can be approved, it would have to pass through the FIA's World Motor Sport Council, but the BBC claims the sport's bosses Jean Todt and Bernie Ecclestone are already supportive.

Lowe said the idea is to help the small teams, but within that group – already angered by the budget cap axe – there is opposition.

"From Force India's perspective," said the Silverstone based team's Andy Green, "we don't see this as cost-saving at all."

In fact, he said small teams often use Friday mornings to test young drivers, which is also an "income stream" as sponsors pay handsomely for the privilege.

"If we lose that, that's going to be a relatively severe blow," added Green.

And Sauber's Giampaolo Dall'ara explained that track time is "very precious" for the smaller teams.

"Obviously we are more limited than other teams in simulation as a broad concept so time on track is extremely important for us," he said.

Some sections of the media have also responded with criticism.

Michael Schmidt, the respected correspondent for Germany's Auto Motor und Sport, said the big-budget top teams deciding cost-cutting rules is "a joke, because most of them don't want to save money".

Schmidt argues that the plan will not reduce the fixed price of customer engines for the small teams, while their sponsors will lament the axe of Thursday's media proceedings.

Mercedes' Lowe added: "That was the concept. It's still to be finalized, by the way, so there's a whole month in order to determine the small print and to finally approve it but the concept was to save money.

"If teams are feeling it isn't going to save money, then of course it could be reviewed."

The 2008 world champion's reaction to the Mirabeau qualifying affair, after suggesting his teammate Nico Rosberg had sabotaged his run at pole position, was roundly criticized.

Kevin Eason, the correspondent for The Times newspaper, said Hamilton was "on a fine line between tantrum and triumph", even after the 29-year-old issued a 'tweet' last week that announced he and German Rosberg are still friends.

So Hamilton has continued to back-paddle.

The Telegraph's Daniel Johnson wrote from Montreal: "Hamilton appeared to realize last night that his reaction to qualifying in Monaco had been too emotional, too hasty."

Indeed, the Mercedes driver admitted to British journalists ahead of the Canadian grand prix that he probably should have reacted differently to defeat in Monaco.

"The majority of the things I said that weekend were in the heat of the moment," said Hamilton. "There was perhaps a negative tone that was taken from just one weekend but at the end of the day I don't like losing.

"In the light of the way you guys (reporters) wrote stories I perhaps would," he added, when asked if he should have behaved differently.

And in a BBC column linked from his official Facebook page, Hamilton's 'mea culpa' went on, as he recalls realizing he was in the middle of "a mother of a situation".

"For the first time in a while, I was on the back foot," he added, at the same time insisting that his rivalry with Rosberg "has been overblown".

"In these moments, in the heat and noise of the battle, you can forget the bigger picture and with me I always feel better after I've slept on it," said Hamilton.

"The immediate emotions start to subside, a sense of rationality taps on my shoulder and I realize that it wasn't the end of the world as I thought it had been. I still had Canada and the rest of the season to look forward to," he added.

On the other side, championship leader Rosberg is playing the ice-cool counterpart, telling reporters in Canada that "In general, I try to err towards the rational side", and insisting he is taking a deliberately "disciplined" approach to 2014.

Told by The Times that Hamilton has admitted he was wrong in Monaco, Rosberg added: "Good to hear it.

"I was surprised by what happened. I was massively excited and happy to share Monaco with the team, but of course I did notice the situation," he added.

Mercedes' utter dominance at the moment is giving the team's management the freedom to simply let the rivalry run its course, as a silver-clad driver will almost certainly win the title come late November.

"I'm not going to spend any time managing the relationships between the drivers in a direct manner," team boss Paddy Lowe told British radio 5 Live.

"That's something they really need to work out between themselves," he added. "It's not a school playground."

Team chairman Niki Lauda agreed that Hamilton and Rosberg are smart enough to self-regulate the situation to their own benefit.

"If they continue to fight a millimeter apart, eventually there will be a crash," the triple world champion is quoted by Germany's Auto Motor und Sport.

"What happens if one of them can continue but the other cannot? That's 25 points gone," he said.

"Until Monaco it was hard to keep them under control, but in Monaco it got out of hand," Lauda acknowledged. "Now we are back on top it."

Canada GP deal to be announced on Saturday
(GMM) Saturday is now the day, as popular F1 venue Montreal edges towards a longer future on the calendar.

It had been expected that officials would announce at noon on Friday that the fabled Circuit Gilles Villeneuve's place in grand prix racing has been secured for the next ten years.

But Marc Tougas, correspondent for The Canadian Press news agency, said a press conference involving the 'key stakeholders' has now been arranged for Saturday morning at the track.

"It obviously took 24 hours to finalize the details," said Tougas.

The report, appearing in the French language La Presse newspaper, said Montreal mayor Denis Coderre and local and federal government representatives will also be at the "major announcement regarding the grand prix of Canada".

The Toronto Sun newspaper reports that at the struggling 2007 world champion's side in Montreal this weekend is a Briton, David Lloyd.

The report said Lloyd, until now a factory-based test engineer with the Maranello team, is assisting Raikkonen's race engineer Antonio Spagnolo, an Italian.

"Ferrari did not say if the move would be temporary or permanent," said the report.

Spain's El Confidencial said the appointment of Lloyd – a Briton like Raikkonen's favorite engineer at McLaren and Lotus, Mark Slade – is aimed at improving the line of communication between the reticent Finn and the Ferrari team.

"Six races have passed and still Kimi is not comfortable with the car," said the report. "Something is wrong — is it the exchange of information between Kimi and Spagnolo?"

Carlos Sainz Jr, a burgeoning Red Bull junior driver, said Raikkonen's struggle has been "the most surprising thing" of the 2014 season so far.

"I think the best drivers in formula one can even make a tricycle go fast. For me, adaptation is key," he explained.

Raikkonen said in Montreal that the 2014 title goal for Ferrari is already over.

"But within Ferrari we still want to do the best that we can at every race, we want to get stronger for the future and aim for the podium," he said.

Raikkonen still not happy with Ferrari's handling
Kimi Raikkonen says he is still not content with the handling of his Ferrari, despite edging team-mate Fernando Alonso in Friday practice for the Canadian Grand Prix.

Although Raikkonen has played down the issues he has had with his car in recent races, blaming it on a lack of performance overall from the F14 T, in Ferrari's post-practice press release he said the handling is still not to his liking.

"I am still not 100% happy with the handling of the F14 T, but I am sure that an analysis of the data we gathered will point us in the right direction for qualifying and the race," he said.

Raikkonen's practice session was not helped by an engine issue in FP1 which he said cost him set-up time.

"This morning, because of a problem on my car, I was unable to run as much as planned and that's never a good thing, because getting in plenty of laps is very important. Thanks to speedy work from the team, in the afternoon, we managed to make up for the run lost in the morning and even if it's too early to make predictions, overall, it didn't go badly and by the end of the day my feeling with the car had improved."