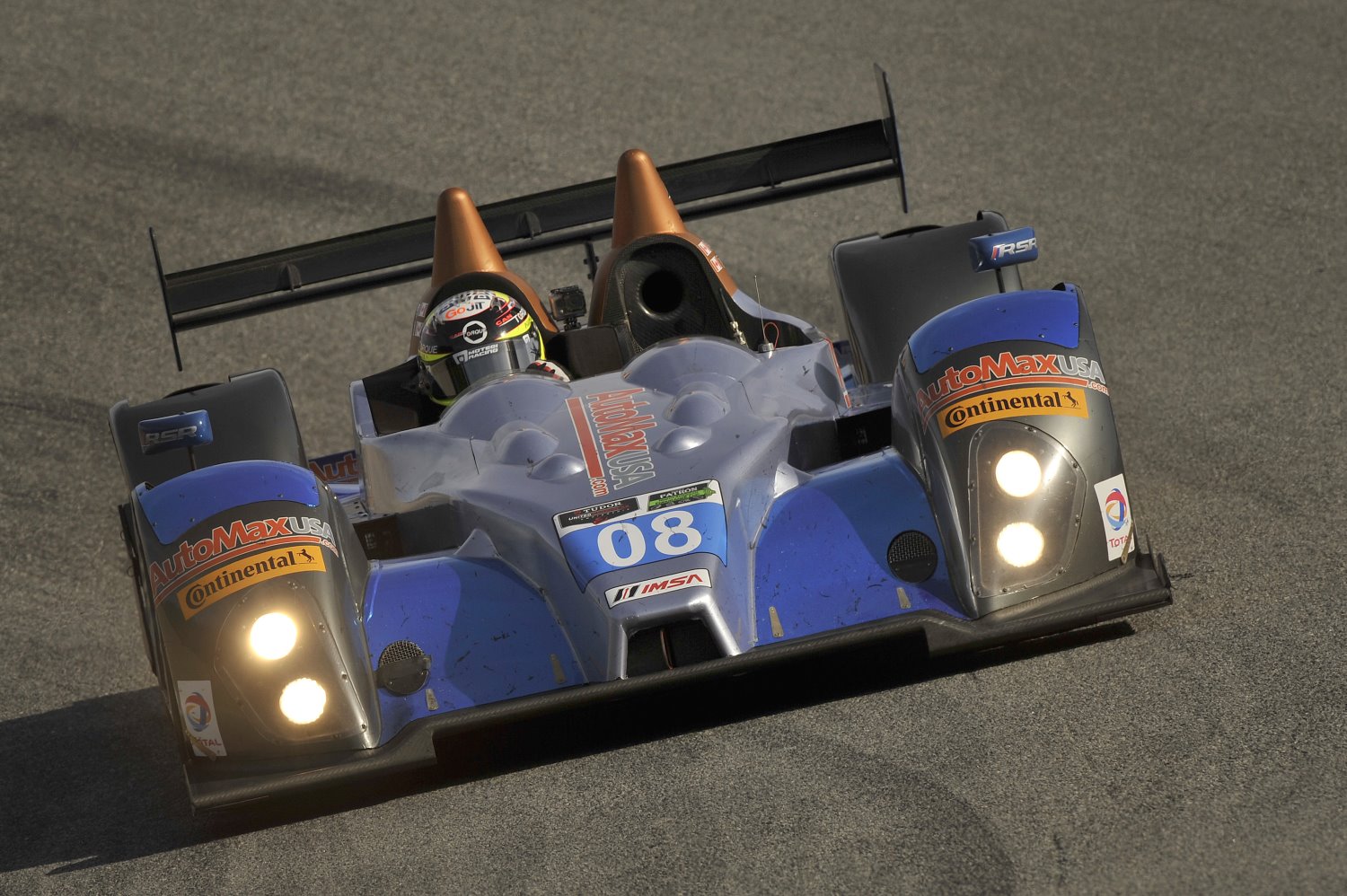 It was the third consecutive pole for RSR Racing with the team’s No. 09 ORECA FLM09 earning poles at Sebring International Raceway and Mazda Raceway Laguna Seca in the hands of Bruno Junqueira.

Bennett had the dubious honor of taking to the track for qualifying without having turned a single lap in practice. The 15-minute qualifying session was his first glimpse of the 2.37-mile road-course/oval. When forced to choose between his son’s high school graduation in Rock Hill, S.C., and the opening rounds of Kansas practice, Bennett chose his son Austin’s graduation. He hopped on a plane with his son immediately after the ceremony and arrived at the track shortly before qualifying at 10:45 pm local time.

Saturday’s Grand Prix of Kansas is the fourth race of the season for the TUDOR Championship PC class. Both races will be run in conjunction with the Cooper Tires Prototype Lites powered by Mazda.

Saturday night’s race will mark the debut of an unusual format for the PC and Prototype Lites series.

The race will be divided into two 45-minute sprints. The amateur drivers in the PC tandems drove the car in Friday night’s qualifying session and must drive the first segment on Saturday night. That first segment will not pay series points but will set the starting grid for the second, points-paying segment.

In the second segment the pro drivers will be allowed to take over the wheel.

In both segments, the PC and slower and smaller Lites cars will be on the track at the same time.

Not happy with his times early in the 15-minute session, Wilson put together a lap of 1:21.953 (104.108 mph) in the No. 07 TRG-AMR Aston Martin Vantage to score his third career TOTAL Pole Award. It was the second GS pole for the team, which debuted on the pole last season at Mazda Raceway Laguna Seca.

“I made a couple mistakes and the guys actually called me in, but I asked to do one more lap because I felt I could clean up a few things, and it worked," said Wilson, who won his lone Continental Tire Challenge race in 2007 at Watkins Glen. He is co-driving with James Davison, who recently finished 16th in his first start in the Indianapolis 500 and is a regular for TRG-AMR in the TUDOR Championship.

Nick Longhi took the early lead in qualifying, running a lap of 1:22.124 (103.892 mph) in the No. 13 Rum Bum Racing Porsche 911, but brushed the wall and sat out the rest of the session. Longhi – who will start second – and fellow 2013 GS co-champion Matt Plumb won the most recent Continental Tire Challenge race at Lime Rock Park.

Kurt Rezzetano originally qualified third in the No. 35 Phoenix American Ford Mustang Boss 302.R, running a lap of 1:22.161 (103.845 mph). However, post-qualifying technical inspection revealed that the No. 32 machine had its grill and duct work illegally taped, relegating Rezzetano to the back of the grid for Saturday’s race.

“Tonight was a bit more difficult than any other qualifying session I ever had," said Lewis, whose best career finish in four races was 12th at Sebring earlier this season. “Kansas is all about the draft, about managing the gap coming onto the oval and trying to time everything right – and tonight it paid off."