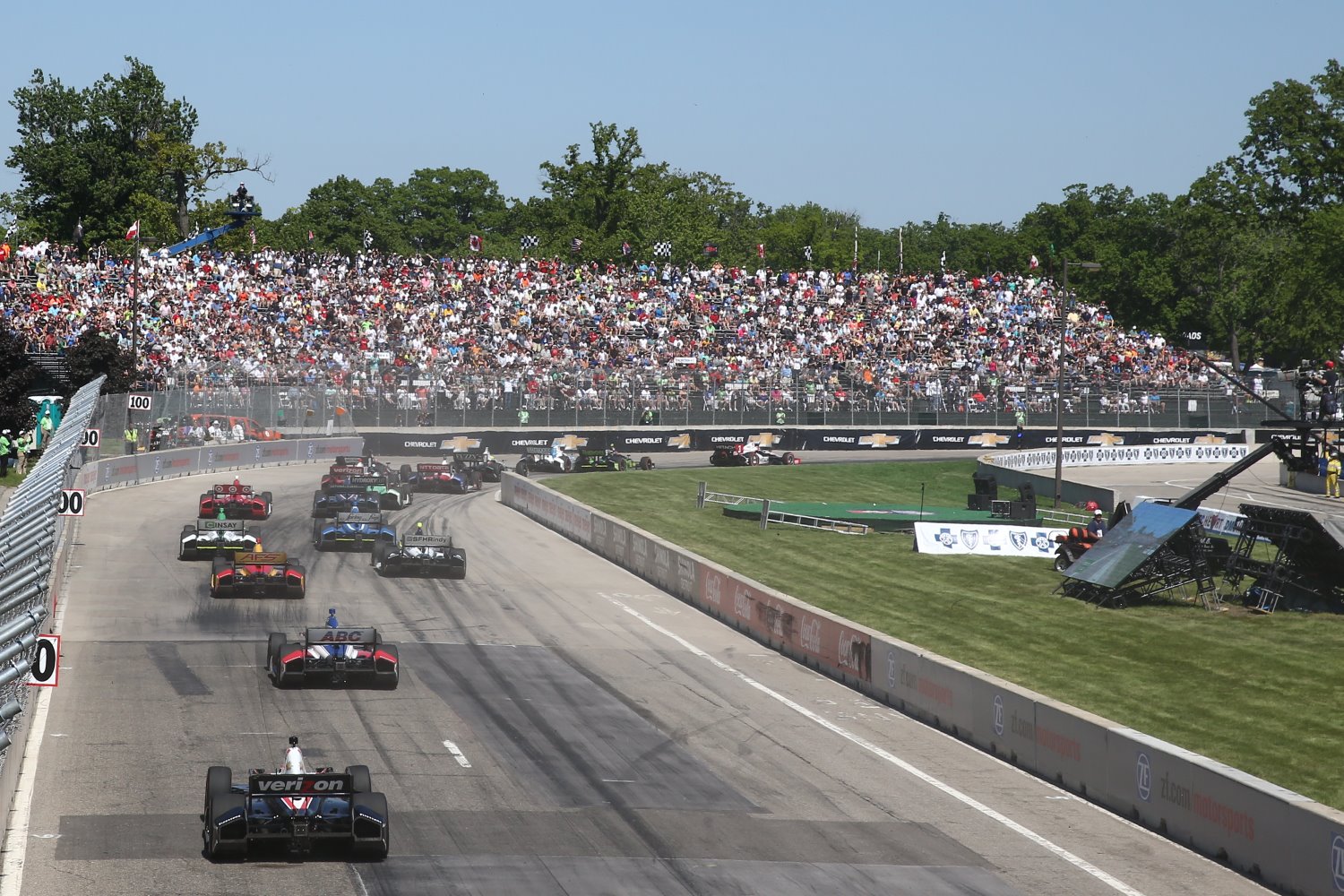 The first race was won, but Roger Penske nonetheless motored on.

This was a personal victory on dual fronts for the iconic racing figure. Not long after accepting congratulations Saturday for his first IndyCar victory in Detroit in more than a decade, Penske hopped into a golf cart and drove around the Belle Isle track compound. He expressed his heartfelt thanks to the many volunteers this weekend for their efforts, shaking hands and firing the occasional thumbs-up.

Could there have been a more perfect weekend for Penske?

His team won both legs of the Dual in Detroit. He won the pole for Saturday's race. Race sponsor Chevrolet claimed the top four finishes in the Sunday finale, besting rival Honda in the shadow of General Motors headquarters at the Renaissance Center. But Penske was equally excited that the weekend of racing at Belle Isle was generally considered a huge success.

"Detroit is the biggest winner this weekend," Penske said.

Gone were the nightmarish memories of two years ago when pieces of track concrete flew into the stands, shortening the main event and further raising questions about Detroit's ability in organizing and executing a big sports event. Last year was a success in that nothing embarrassing occurred that could've compromised the competition.

But this weekend with three days of fabulous crowds proved that this reincarnation of the Grand Prix could be around for a long time. Grand Prix executive chairman Bud Denker announced following the race that the Dual in Detroit would return next year.

"This is exactly what Detroit needs," said Denker. "You just looked at all the joyous faces, everybody having a good time and feeling good about where we call home. That's important."

Denker said he got several text messages from friends and business associates throughout the country Sunday and the response from watching the sparkling visuals from ABC's national coverage was the same.

The city needs every ounce of positive equity it can get. It's important that in the midst of the largest municipal bankruptcy in United States history and concerns over crime and a crumbling infrastructure there's evidence that the city can succeed at something, even if it's a relatively trivial task such as a sporting event.

"It's about building date equity," Penske said. "We can't have a Super Bowl every year. But everyone's starting to recognize that we have a great resource in Belle Isle and we can use it to put on a great event every year that everyone in the city can rally around. It was great seeing the crowds. It was especially good seeing all the kids out here. The weatherman upstairs gave us three days of great weather."

GM chief executive officer Mary Barra spent the first few laps in the Penske team pit box with the headset on. Gov. Rick Snyder and Mayor Mike Duggan each visited with Penske prior to the race with the owner giving each of them Team Penske hats.

Of course, it couldn't have been a Grand Prix without some issue with the course. Denker said there were a few pockets of cracked asphalt that required repair prior to the IndyCar race.

Denker said that the experiences of two years ago, when whole sections of the course ripped open during the race, prepared the support team for any adversity. It's why they quickly and efficiently responded when a busted water main underneath the track buckled the pavement on Turns 13 and 14.

"I don't think I want to ever pave anything ever again," he laughed.

They can laugh about it now. This race drove through hell and back the last two years, finally emerging into the sunlight this weekend, creating a beautiful sight worth celebrating.