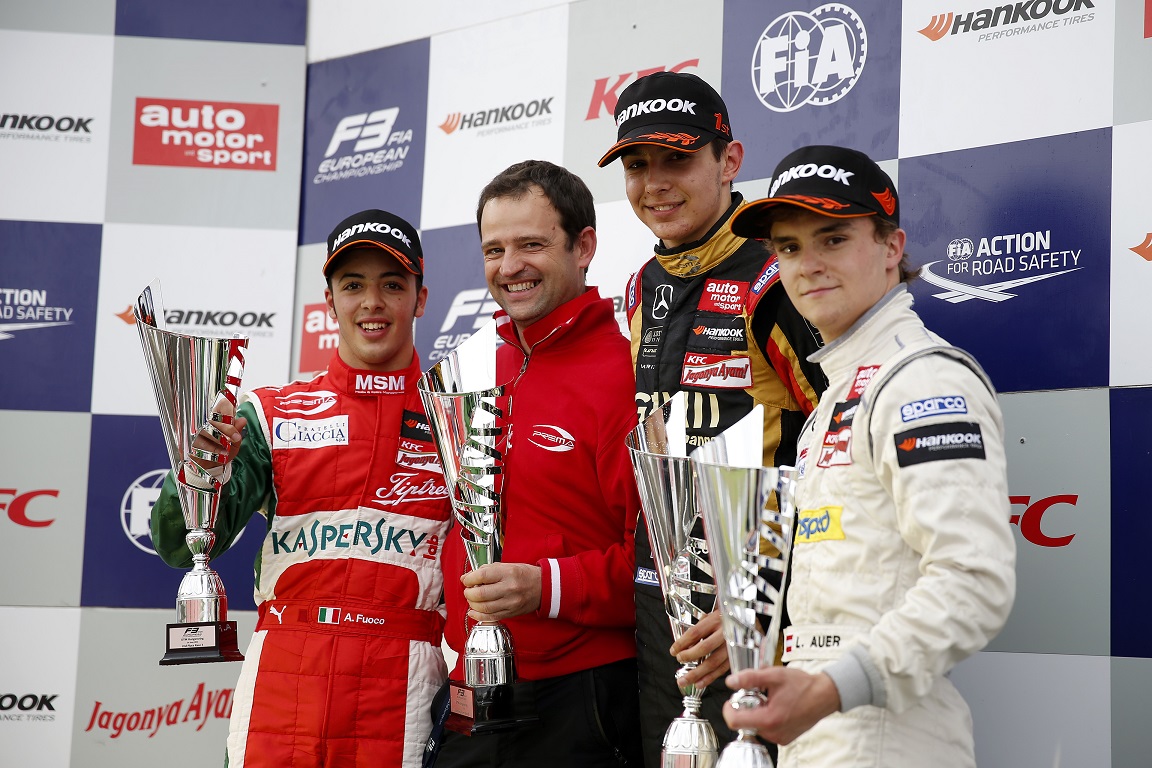 Esteban Ocon (Prema Powerteam) concluded his race weekend at the 4.381 kilometers long Hungaroring with yet another victory. The 17-year-old Lotus F1 junior driver won the twelfth season round of the FIA Formula 3 European Championship from Antonio Fuoco (Prema Powerteam), who is backed by the Ferrari Driver Academy, and Lucas Auer (kfzteile24 MÃ¼cke Motorsport). With his fifth win of the season, Esteban Ocon extended his lead in the drivers’ standings of the strongest junior single-seater race series and now has 82 points more than his nearest rival, Tom Blomqvist (Jagonya Ayam with Carlin). The Briton finished sixth in the race near the Hungarian capital of Budapest that was stopped early due to rain.

Esteban Ocon took the lead at the start. Lucas Auer only briefly kept Antonio Fuoco and his team-mate Felix Rosenqvist (kfzteile24 MÃ¼cke Motorsport) at bay, then he dropped back to fourth. Some drops of rain didn’t cause any changes to this order. Out in front, Ocon was able to extend his lead more and more until Rosenqvist had to turn into the pits for a drive-through penalty at the end of lap eight, after which Fuoco inherited second place. Earlier, the Swede had exceeded the track limits several times. Eventually, he took the checkered flag in 17th place.