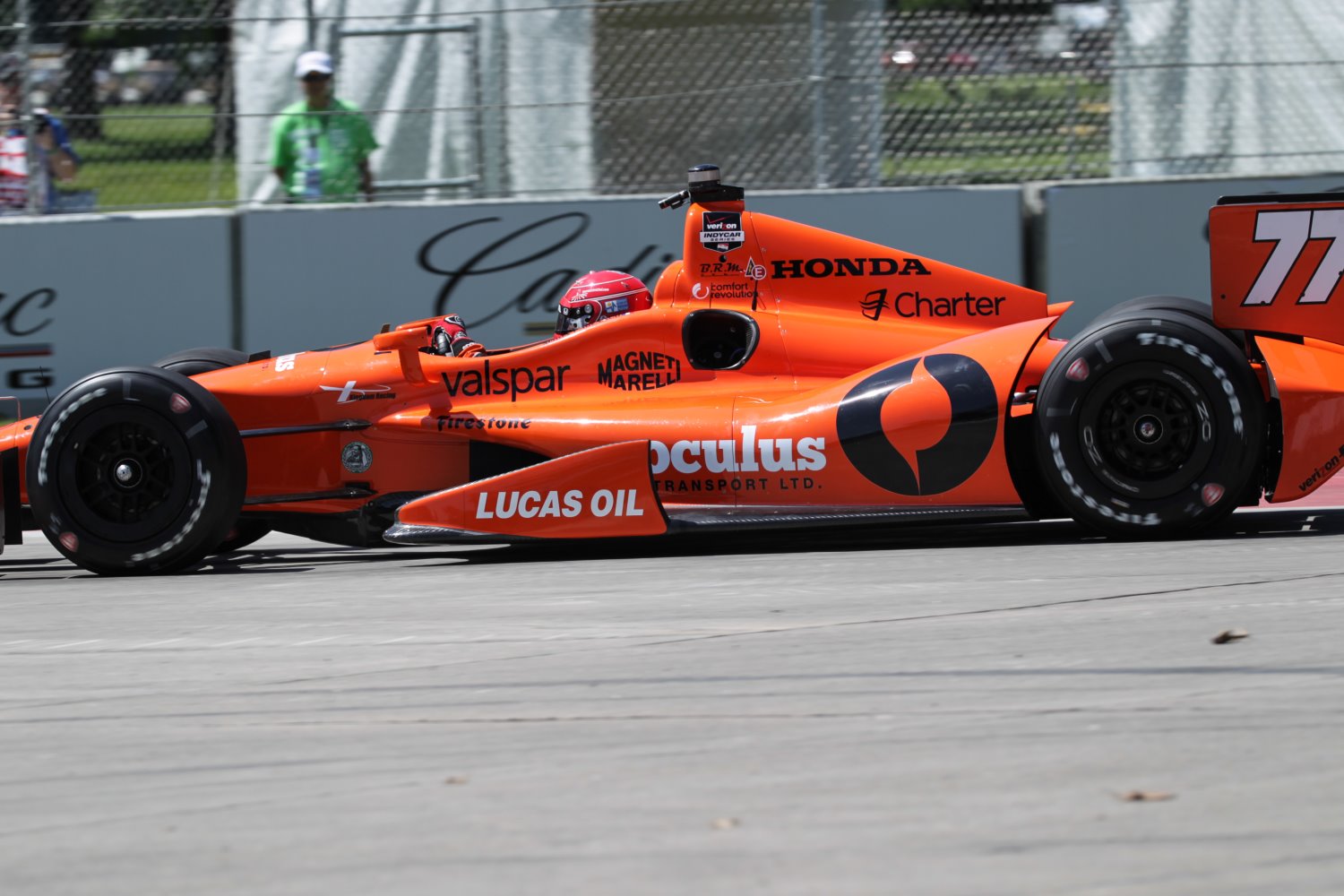 With bright sunshine and a light soothing breeze, it's one picturesque late spring Sunday morning here in the Motor City. The Verizon IndyCar Series teams are preparing for today's race 2 of the Chevrolet Indy Dual in Detroit Presented by Quicken Loans.

One thing to note, is everything starts over today. Unlike last year, when the teams qualified for the Sunday race on Saturday, qualifying for today's race with teams will qualify at 10 a.m. to determine the field for this afternoon's race.

Some teams, of course, had repairs from yesterday's race. I caught up with the Schmidt Peterson Motorsports team about a half hour ago. Saturday was a rather forgettable day for the SPM boys as Pagenaud finished 22nd, Aleshin came home 17th, and both cars sustained crash damage.

I asked if last evening was a long one for the team. One of the crew members told me, that while repairs were necessary, they were "nothing major." Both cars are ready to go.

What was interesting was what the SPM crew had to say in light of a questionable penalty assigned to Pagenaud yesterday during qualifying, and no penalties assigned after both Aleshin and Pagenaud were eliminated after contact with other drivers. We'll have more on that in an update to "Overheard at Detroit" on the rumors page later this morning.

As for the SPM team's chances today, keep in mind Pagenaud won Dual 2 here a year ago. Also, Aleshin was very quick in yesterday's race, and in position to score a top-5 when he had contact late in the race with James Hinchcliffe. With a little good fortune, the SPM boys should be strong today.

One quick note: 2013 Indy Lights Champion Sage Karam is here in Detroit this weekend. Although Karam is not racing, we hear he may be in the car for Milwaukee and Iowa, two tracks on which he excelled in the Mazda Road to Indy. Also, the 19-year old, who finished ninth in last weekend's Indianapolis 500 is here with girlfriend Anna de Ferran, the daughter of two-time CART champion Gil de Ferran. Anna de Ferran, who has a blossoming career as a pop singer, will be singing "God Bless America," before today's IndyCar race.