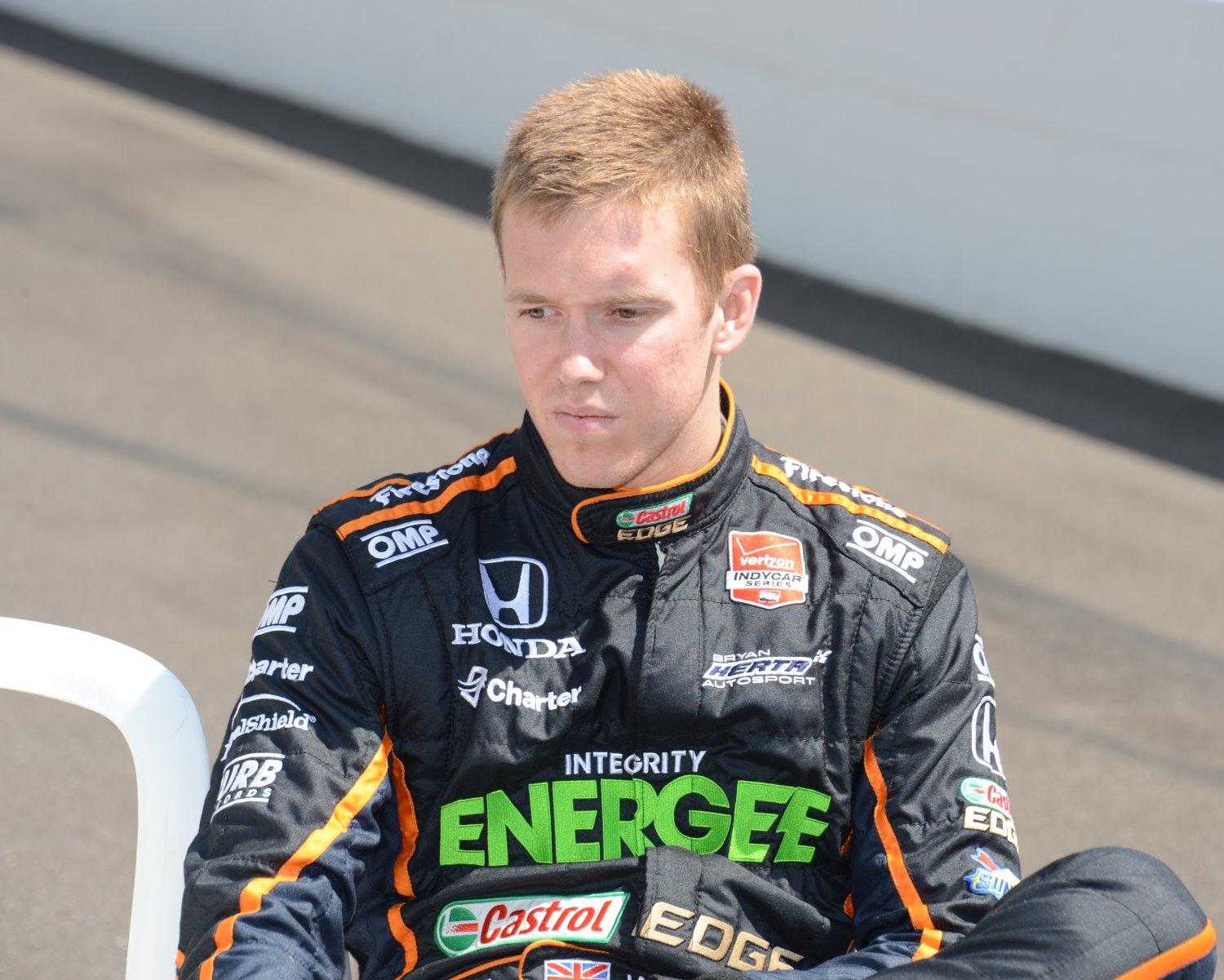 Jack Hawksworth had to decide. Would he study to become a personal trainer in England or continue racing in America?

Well, that turned out to be a no-brainer if you consider Hawksworth is now on the radar of every Verizon IndyCar Series team.

The 23-year-old from West Yorkshire is in a hurry. At Belle Isle, he started third in the first Chevrolet Indy Dual in Detroit on Saturday. He got as high as second, but finished 19th, four laps down, after brake issues.

Driving for Bryan Herta Autosport, Hawksworth almost decided to hang up his helmet at the start of the season.

"I didn’t have a sure plan," said Hawksworth, who started 13th at the Indy 500 and finished 20th after placing seventh earlier in May at the Grand Prix of Indianapolis. "I was really considering returning to England and taking on a career in personal training."

That might have been PT’s gain but certainly racing’s loss.

Hawksworth, who drives the No. 98 Integrity Energee Drink Dallara/Honda, has been on the fast track since he started go-karting at 13.

He won kart championships in England and in Europe before moving on to Formula Renault UK in 2011, then crossed the Pond to race in Star Mazda in 2012, winning the title.

Hawksworth competed in Indy Lights in 2013 for Sam Schmidt Motorsports. He finished fourth in the series with three victories and showed he was ready for the big stage in the Verizon IndyCar Series.

Bryan Herta, the former CART and IndyCar driver who grew up in Warren, could see the speed and potential in Hawksworth and hired him to drive for the team this year.

“He’s got the makings of a future champion," Herta said Saturday. “He’s certainly getting popular with team owners."

Herta would like Hawksworth to stick around at BHA/BBM with Curb Agajanian, the full name of his team.

“I think we have a great team to offer Jack," Herta said. “We have a good organization with a good car."

Right now, Hawksworth is happy to be driving for Herta.

“It’s a terrific opportunity," said Hawksworth, whose father was a motorcycle racer. “We have a good package here."

“I’m extremely competitive," Hawksworth said. “I think I have a split personality. I’m quite relaxed away from the racetrack. But I take myself seriously when I’m in the car."

Herta said he believes Hawksworth has what it takes.

He has been a winner throughout his racing career. But can he win in IndyCar?

Race fans are starting to hear more about Hawksworth each race he participates in.

"I know I made the right decision now to keep driving," said Hawksworth before the start of Dual 1 on Saturday. “When I saw the crowd in Gasoline Alley at Indianapolis, it was just an awesome sight. I’ve got a chance now to one day win the Indy 500." Detroit Free Press