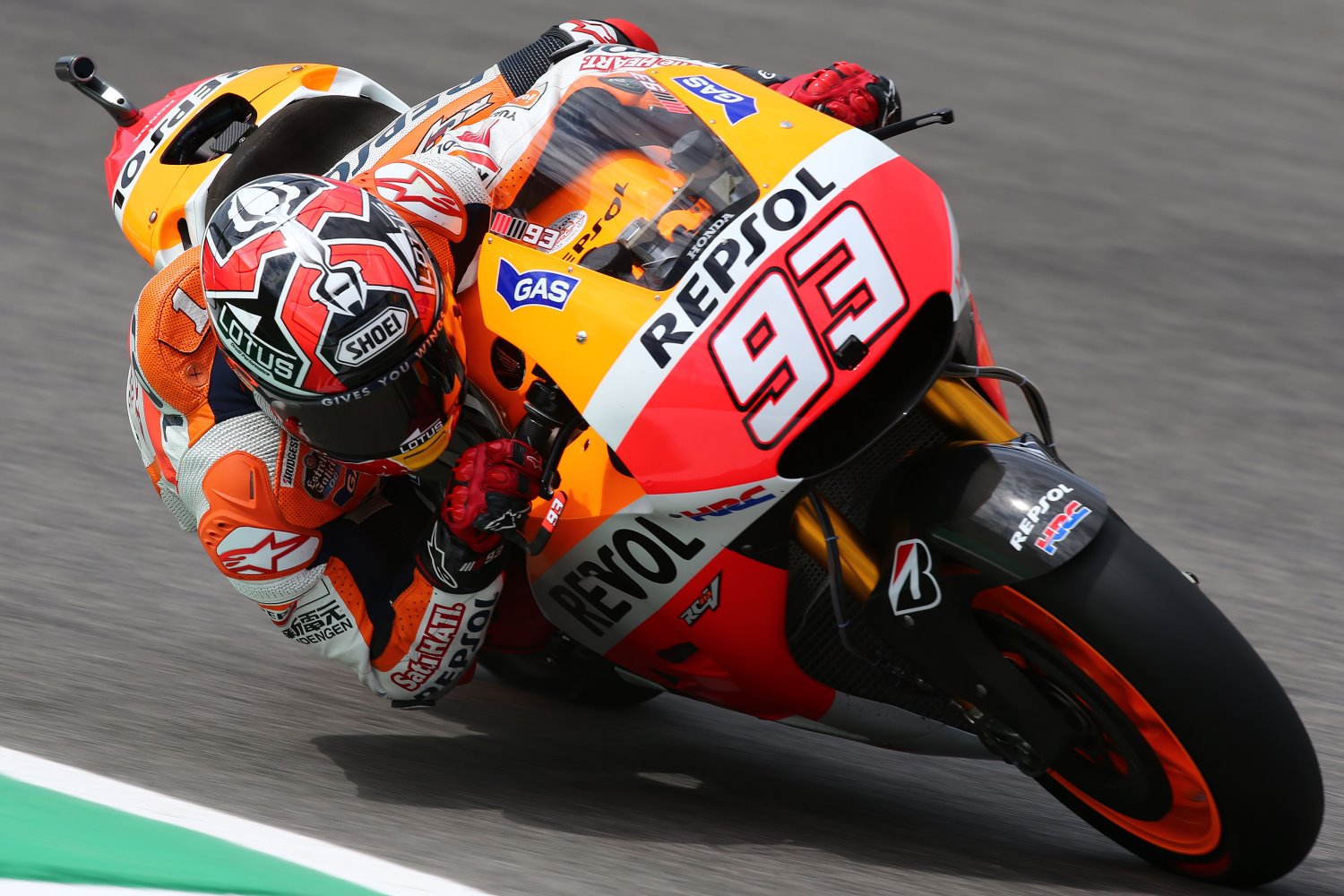 A meeting with fellow Spaniard Fernando Alonso has prompted MotoGP champion Marc Marquez to say he would like to try Formula One at some point in his career.

Valentino Rossi, a six-time MotoGP champion, tested for Ferrari in 2006 and memorably finished his final day half a second off the pace of Michael Schumacher, which fuelled speculation he would one day make the switch. Marquez, who won the MotoGP title in his debut season last year, secured his sixth consecutive pole position of the season in Mugello ahead of Sunday's Italian Grand Prix, where he later met Alonso, and admitted he has considered following in Rossi's footsteps.

"Someday I would like to try. I don't know when. Not early," Marquez sad. "I've never met [Alonso] before and it was so nice to speak with a Formula One driver. It was his first time and he said it was unbelievable to see MotoGP live.

"Then we spoke about Formula One. We had the same opinion – if you have a good car, you can [do well] and if you have the worst car it is impossible. The car makes the difference [for success] not the driver.

"About MotoGP he said that on the TV everything looks easy, that we are so smooth, but when you are here you can see that the bike is moving and sliding all the time. We had the same opinion, that with the bike, with your body and riding style you are able to manage and improve the [performance] of the bike."

Marquez has signed an extension with Honda until 2016 and joked he would like to try McLaren when told it is becoming the engine partner for the Woking team next season, or Red Bull, his personal sponsor. espn.co.uk