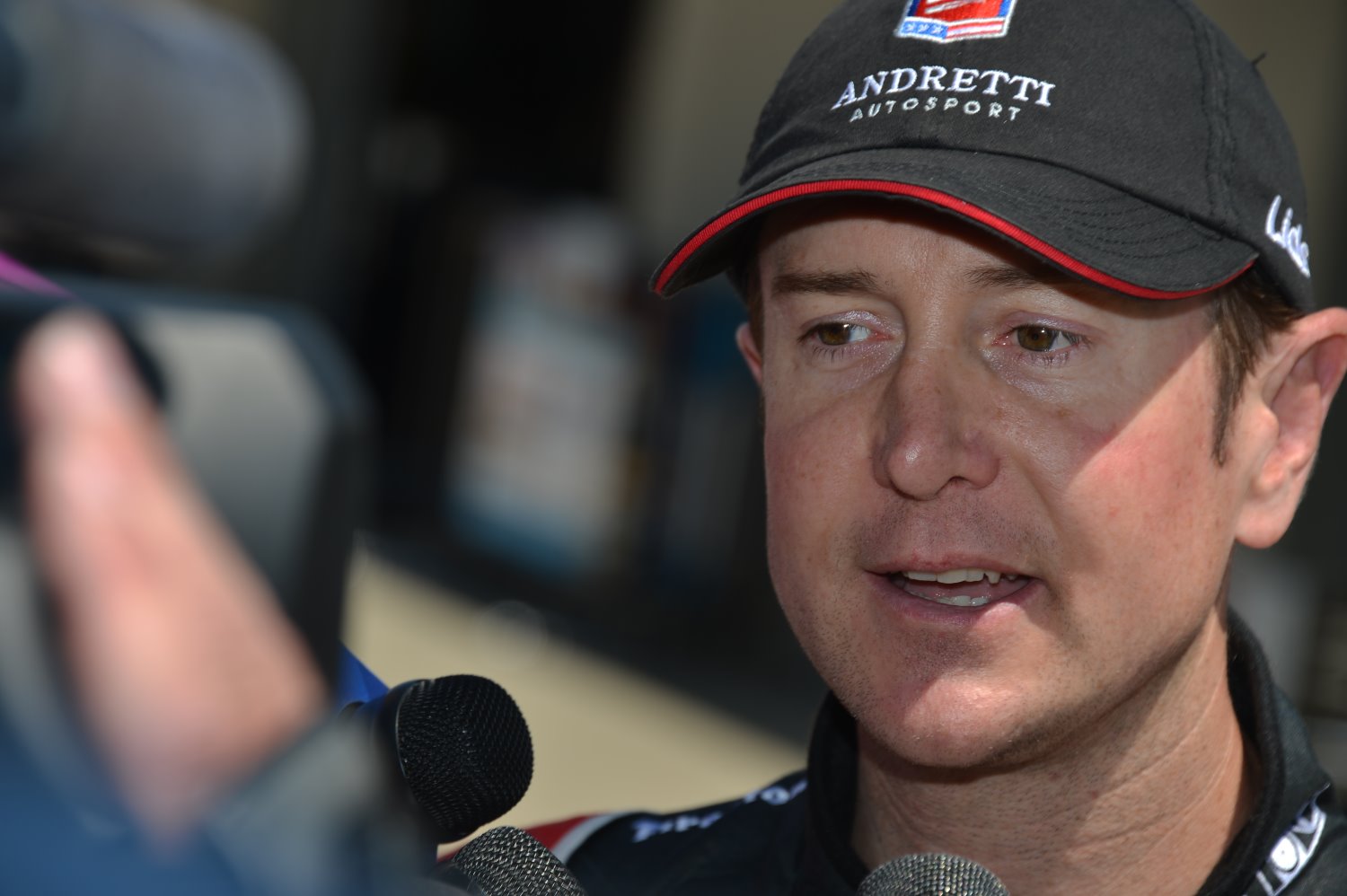 Reclining in a Cessna Citation X 750 cruising at 606 mph — faster than the combined speed of the dual supersonic rockets he drove Saturday — Kurt Busch was happy.

Between excitedly checking his smartphone for the status of his Indianapolis 500 qualifying lap, cracking jokes about retracted tweets and offering a detailed analysis of where the Mason-Dixon line begins, the sometimes-mercurial former NASCAR champion was unfettered by the pressure of constantly commuting about 400 miles between the country's two biggest motor sports circuits.

"This is fun," said girlfriend Patricia Driscoll, the linchpin who has organized the logistics — planes, karate and carb-loading — in Busch's attempt at becoming the fourth driver to race the Indy 500 and Coca-Cola 600 in the same day. "Normally, he's not this fun after qualifying. At all."

"I'll probably never be able to duplicate a day like that in a race car," Busch said after qualifying 12th for his first and likely only attempt at the Indy 500. "Except next week."

If he completes both Memorial Day weekend crown jewels, it will rank among the year's greatest racing feats and he will become the second driver to do so. If he wins one, Busch, 35, will cement his place among the greatest drivers of his generation.

And he might have a better shot at winning with the car that he won't have raced before taking the green flag in the 98th Indianapolis 500.

In a Dallara-Honda nearly half the weight of the 3,600-pound Chevrolet he drives for Stewart-Haas Racing in the Sprint Cup Series and far more nimble ("One's a sports car; one's a workload truck. Both have a special feel," he said), Busch quickly has gotten acclimated to the 2.5-mile oval.

While his first-year team in NASCAR has struggled through one of the worst slumps of his career, Busch has excelled with hardly a hiccup during this one-race foray into the Verizon IndyCar Series.

In a 33-car field with a 229.382-mph qualifying average that is the fastest in history, Busch will start ahead of luminaries such as defending Indy 500 winner Tony Kanaan and 2012 series champion Ryan Hunter-Reay.

The key to a great result will be adapting to split-second closing rates in open-wheel vehicles that don't allow the fender banging of his native NASCAR, but Busch has grown increasingly adept with traffic the last three weeks.

"He looked incredibly comfortable, just like, 'OK, this is no big deal,' " ESPN analyst Eddie Cheever Jr., who won the Indy 500 in 1998, told USA TODAY Sports. "He knows what he's got to do. He doesn't seem bashful about thinking he's capable of it.

"If he's in the top five and there's a mad rush the last two laps, I give him as much a chance as anybody. Because he's done it so many times before." USA Today