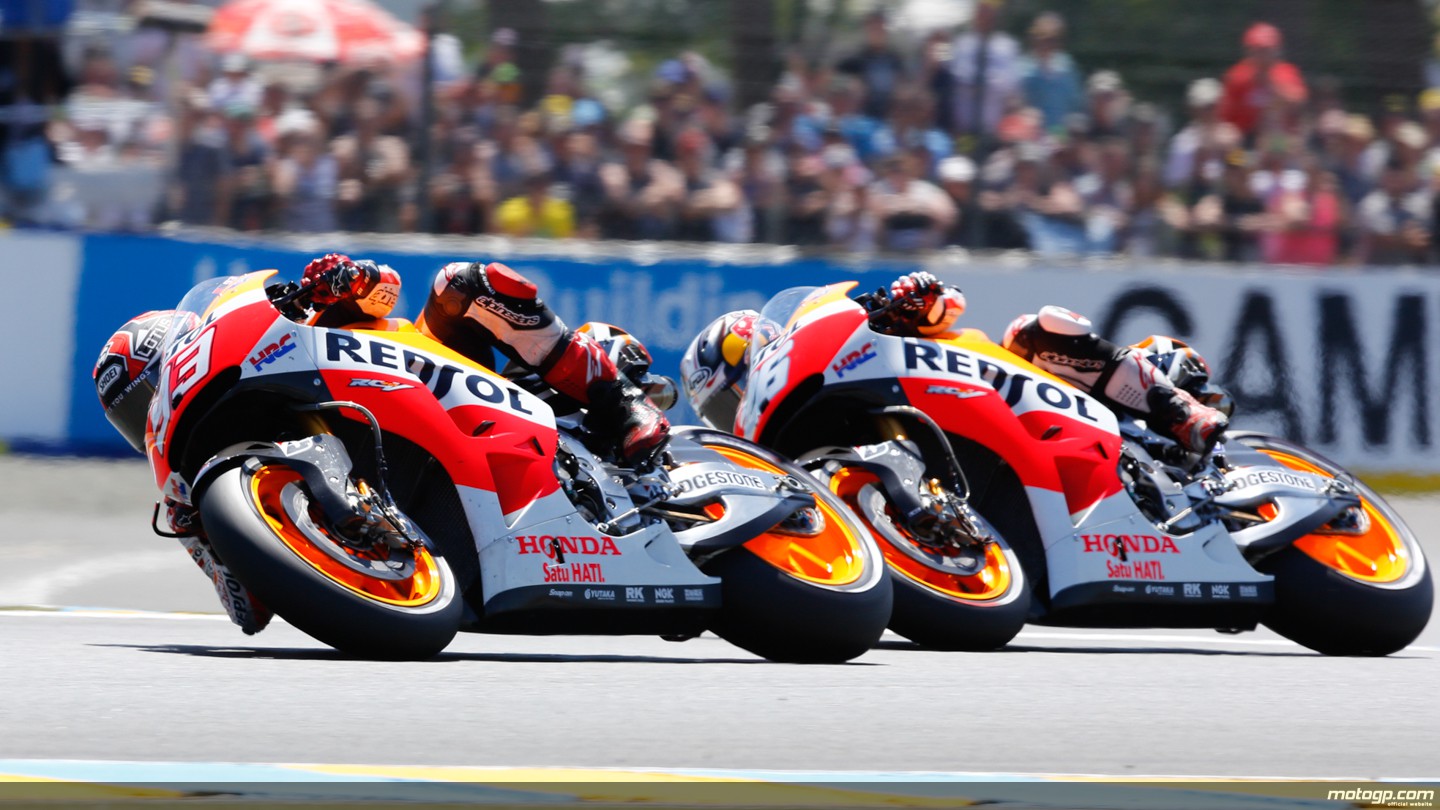 Repsol Honda sensation Marquez enjoyed a perfect weekend in Le Mans taking pole position (with a new record), setting a new fastest race lap (1’33.548 on lap 8) and crowning it with the victory (in a record time) in front of 88,222 spectators.

He also became the youngest ever rider (21 years and 90 days) to win five successive races in the premier class, taking the record from Mike Hailwood (22 years and 160 days old).

With his fifth win of 2014, Marquez is the first rider since Giacomo Agostini in 1972 to win the opening five races of the year in the premier class, the first rider since Valentino Rossi in 2008 to win five successive MotoGP races and the first to win them all from pole since Mick Doohan in 1997, also on a Honda. He now extends his lead over Dani Pedrosa in the riders’ Championship to 42 points.

He enthused, “I am really happy with this win, which was different to the other victories. I made a mistake at the start; maybe I was too relaxed off the line, then when Jorge (Lorenzo) passed me I had to take a wide line otherwise we would have touched and as a result, many riders overtook me. However, from that moment on I began a really good comeback, it was a lot of fun, ending in my fifth consecutive victory. Although it might look easy to people, we are working extremely hard and this is the reward for the whole team."

Teammate Pedrosa struggled to find his rhythm in the 28 lap race, steadily progressing through the field from ninth on the grid to fifth by the checkered flag.

Pedrosa commented “It was a very difficult race to manage, because I didn't get a bad start but had (Andrea) Iannone and (Bradley) Smith coming through very strong on the opening corner; they split the group and even pushed a rider off-track. However, this wasn't the main problem, I had an issue with the front tire preventing me from making my way up the order. Every time that I tried to be more aggressive I had a lack of grip and it took many laps for me to move forward. It's a shame, because I didn't find a setup that allowed me to ride comfortably and we didn't have a good race. I think I can go a lot faster here than what we saw today."