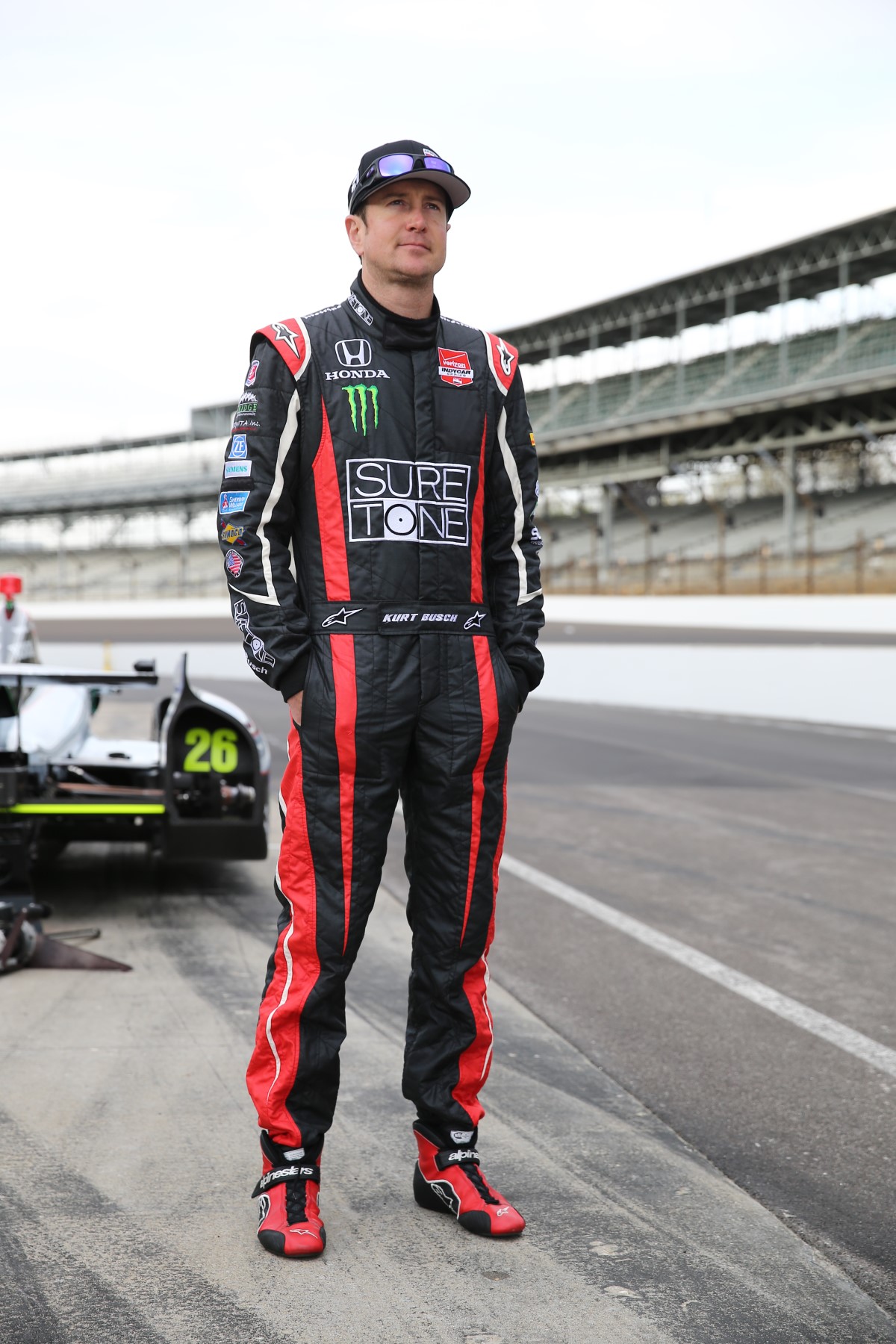 "I wasn't as focused as I needed to be," he said after a run shortly after noon. "The moment of Indy can overtake you."
Busch called it a conservative run, so much so that he asked Andretti Autosport for another try. That came at 2:03 p.m., about 40 minutes before his self-imposed departure deadline to make it to Charlotte Motor Speedway for the Sprint Cup Series' Saturday night all-star race.

A rain delay here delayed the inevitable news he got there. James Hinchcliffe pushed him to seventh, Carlos Munoz made him eighth, Helio Castroneves relegated him to ninth and, at 5:07 p.m., Juan Pablo Montoya knocked Busch out of contention for the Fast Nine.

By then, Busch wasn't around to make another run, but he had conceded the dilemma of trying to be two places at once.

"If we end up outside the top nine," he said before leaving, "I know I gave it my all and that was a really neat experience."

The first run was 229.256 mph, which means he improved nearly a half-second over four laps.

"We could have camped on our 12th-place run from our earlier outing and been back here tomorrow," said Busch, who as Saturday's No. 10 qualifier will be last to take the track among the 24 drivers in the first session (at 10:15 a.m.).

Busch said Indy 500 qualifying is nothing like it is in NASCAR.

"That's the longest I've had to focus for a qualifying run," he said. "Just the sheer excitement of trusting a car with downforce going down into Turn 1 at 230 mph is indescribable.

And the second four were better.

The third four are what matter because they will determine where he starts in next week's 500. Indy Star