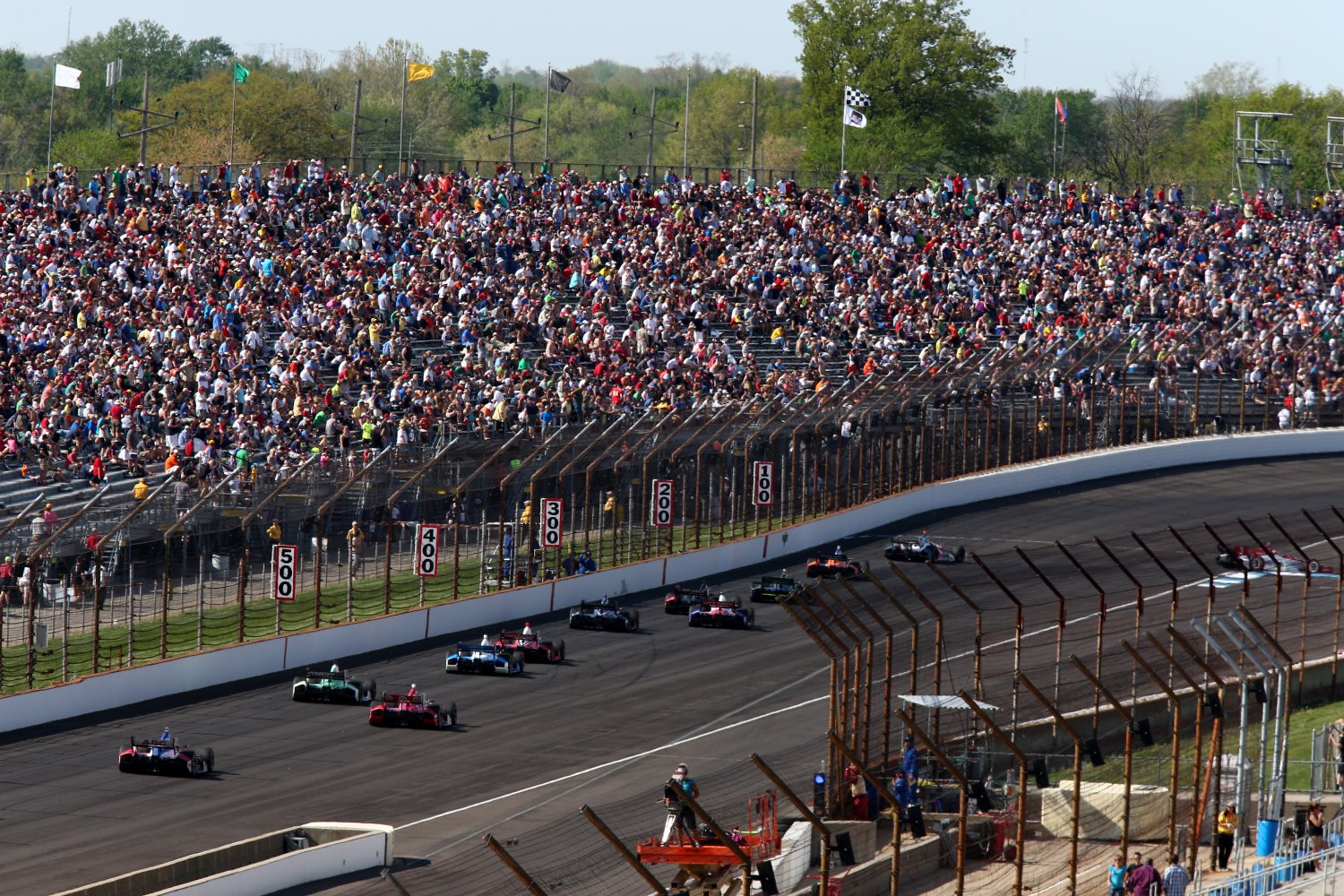 UPDATE Last weekend's inaugural Grand Prix of Indianapolis was a success in the eyes of Mark Miles, the CEO of IndyCar and IMS. The projection was to get a crowd of at least 40,000; that was exceeded. "We did better than 50,000," Miles told the Indy Star. "So, we were really pleased with the number of people who came out and the vibe (they produced). "They seemed to be having a great time."

A beautiful, sun-drenched afternoon provided the perfect backdrop Saturday for the inaugural Grand Prix of Indianapolis on the reconfigured road course at the Indianapolis Motor Speedway.

Fans enjoyed a day of great racing featuring the Verizon IndyCar Series and the Mazda Road to Indy developmental racing series, placing a singular spotlight on all levels of North American open-wheel racing at the Racing Capital of the World.

Designed to elevate the Month of May leading into the 98th Running of the Indianapolis 500 Mile Race on Sunday, May 25, the Grand Prix of Indianapolis brought exciting Verizon IndyCar Series road course action to the Racing Capital of the World in a package that is fun, affordable and family-friendly.

The Grand Prix of Indianapolis, seen live nationwide on ABC, marked the first time that the Verizon IndyCar Series has competed on the IMS road course, which underwent a $5 million reconfiguration that created more passing zones, an improved surface and better racing.

During the race, fans took full advantage of reconfigured seating for the Grand Prix of Indianapolis which provided spectacular sightlines with new spectator mounds and grandstands available in the infield section of the course. With general admission tickets at $25 and children 12 and under admitted free, the Grand Prix of Indianapolis provided a tremendous live entertainment value for the entire family.

A popular feature for fans at the Grand Prix of Indianapolis was the fourth annual Celebration of Automobiles on Pagoda Plaza showcasing an amazing collection of 130 classic and vintage cars from 1910-1970. Vintage car owners and automotive enthusiasts from around North America have flocked to IMS since 2011 for the Celebration of Automobiles, which pays homage to the rich heritage of automotive development at the track.

Additional fan attractions at the Grand Prix of Indianapolis included an infield Midway featuring the INDYCAR Fan Village and the IMS Kid's Zone.

The 98th running of the Indianapolis 500 is scheduled for Sunday, May 25.