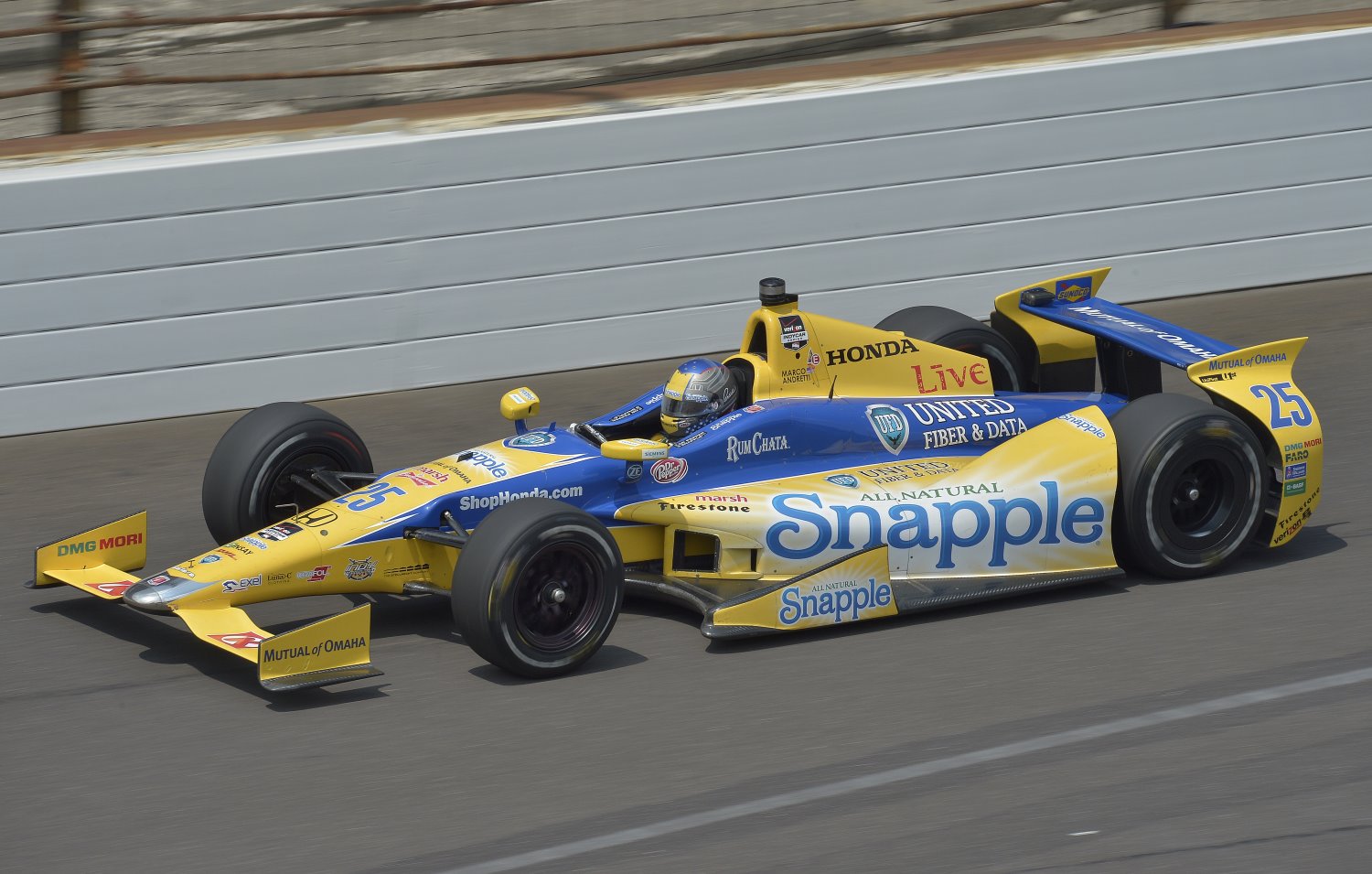 The last practice session before the start of qualifying for the 98th running of the Indianapolis 500 saw new fastest laps of the entire week as drivers made the most of their weekend boost in turbo power, and many of them also making use of new engines for the qualifying weekend.

Marco Andretti was in the first group and promptly set a blistering speed of 232.239mph (38.7531s), the fastest lap speed in practice since Scott Dixon in 2003. It's still some way off Arie Luyendyk's all-time single lap speed record in practice at Indianapolis, which is 239.260mph (37.616s) set in 1996 with very different chassis and engine specifications.

However that's not to say that these sort of speeds will be attained in qualifying itself, since many of the drivers had an aerodynamic 'tow' from cars running ahead of them, which won't happen during the individual speed trials used for qualifying. Speeds of 228-230mph would be more along the lines of what fans can expect, but much depends on the weather conditions.