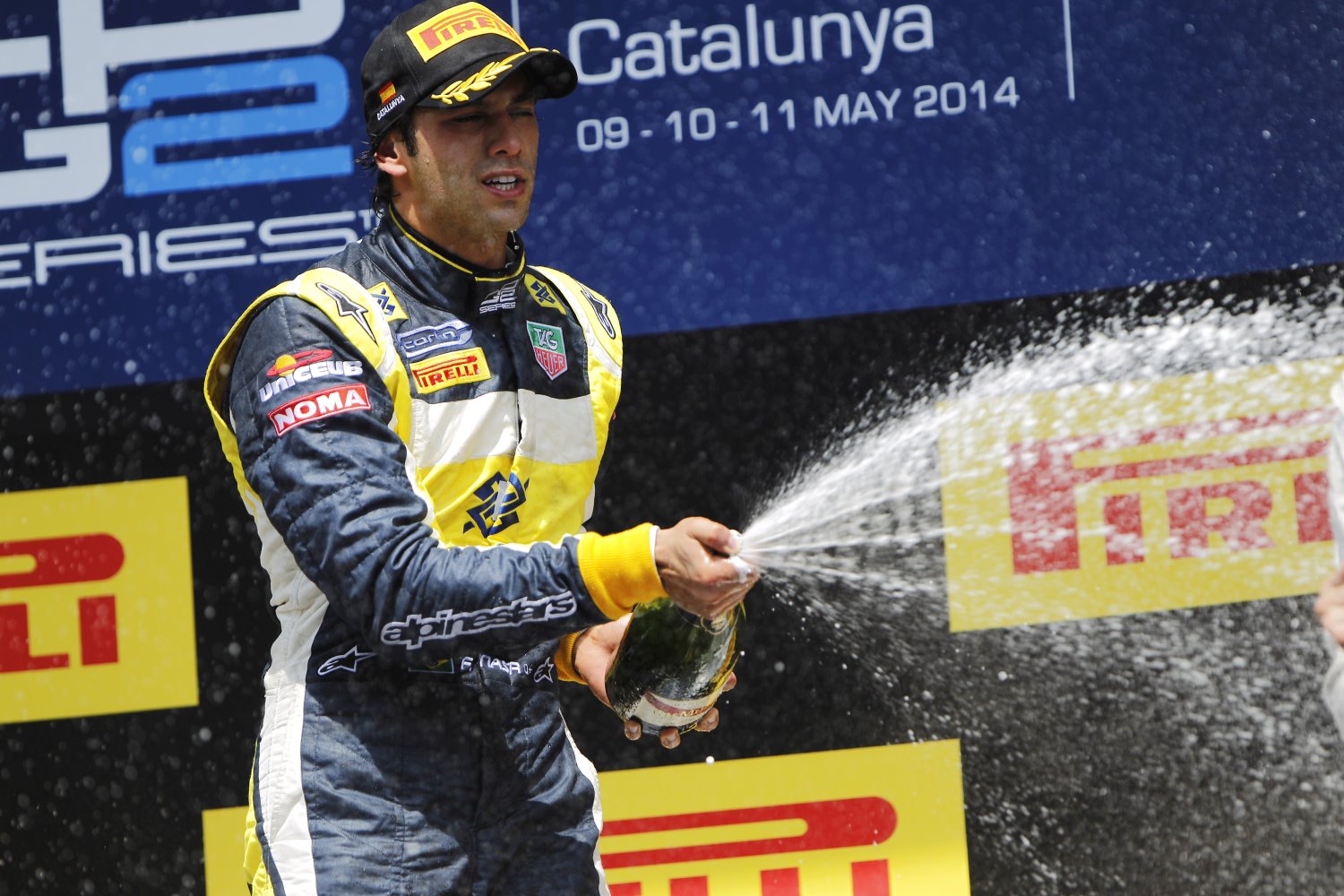 Felipe Nasr has finally taken a monkey off his back by claiming his maiden GP2 victory in Barcelona on Sunday, on what was his 50th start in the series.

He setup the win with a strong start before eking out a gap from Jolyon Palmer and Tom Dillmann.

Poleman Dillmann made a decent start, but fellow front row starter Tio Ellinas struggled to get off the line, opening a gap for fast charging Rio Haryanto and Nasr, who slotted in behind the Frenchman into turn one, with the Brazilian picking up another position at the next corner. Unfortunately for the Indonesian he ran off a few corners later, promoting Palmer and Arthur Pic in the process, as the race started to take shape.

Dillmann couldn't deny his rivals next time round, with Nasr and Palmer quickly sliding through before commencing a personal battle for the lead which was to last for most of the race, while behind the top four Julian Leal and Mitch Evans squabbled between themselves while keep an eye on yesterday's winner Johnny Cecotto and Stéphane Richelmi.

With tire wear high at this circuit the field drove as conservatively as possible without giving their rivals a sniff of their position, but it was only a matter of time before they started to fade: Palmer had a big lock and couldn't quite stay with Nasr, who cruised for the last few laps for his maiden win. Dillmann held on to round out the podium, while Pic had a quiet time for fourth place, with Leal picking up more points behind him. Unfortunately for Evans, the race was just too long: the New Zealander's tires gave out and he was forced to retire with 2 to go, promoting Cecotto to P6 ahead of Monegasque pair Richelmi and Stefano Coletti.

The result saw Palmer extend his lead in the championship to 70 points, from Leal on 48 Nasr on 42, Cecotto on 29, Pic on 26 and Stoffel Vandoorne on 25 points, while Carlin lead the teams' championship by 90 points to 83 over DAMS, with ART on 33 points, Trident on 29 and Campos on 26 points ahead of the next round in Monaco..

American Alexander Rossi got stuck behind a line of slower cars because of his poor starting position and only finished 14th. And why did he start so far back? Because his backmarker Caterham fell out of Saturday's race. His career is going nowhere fast with Caterham and he should look to hook up with a winning team.