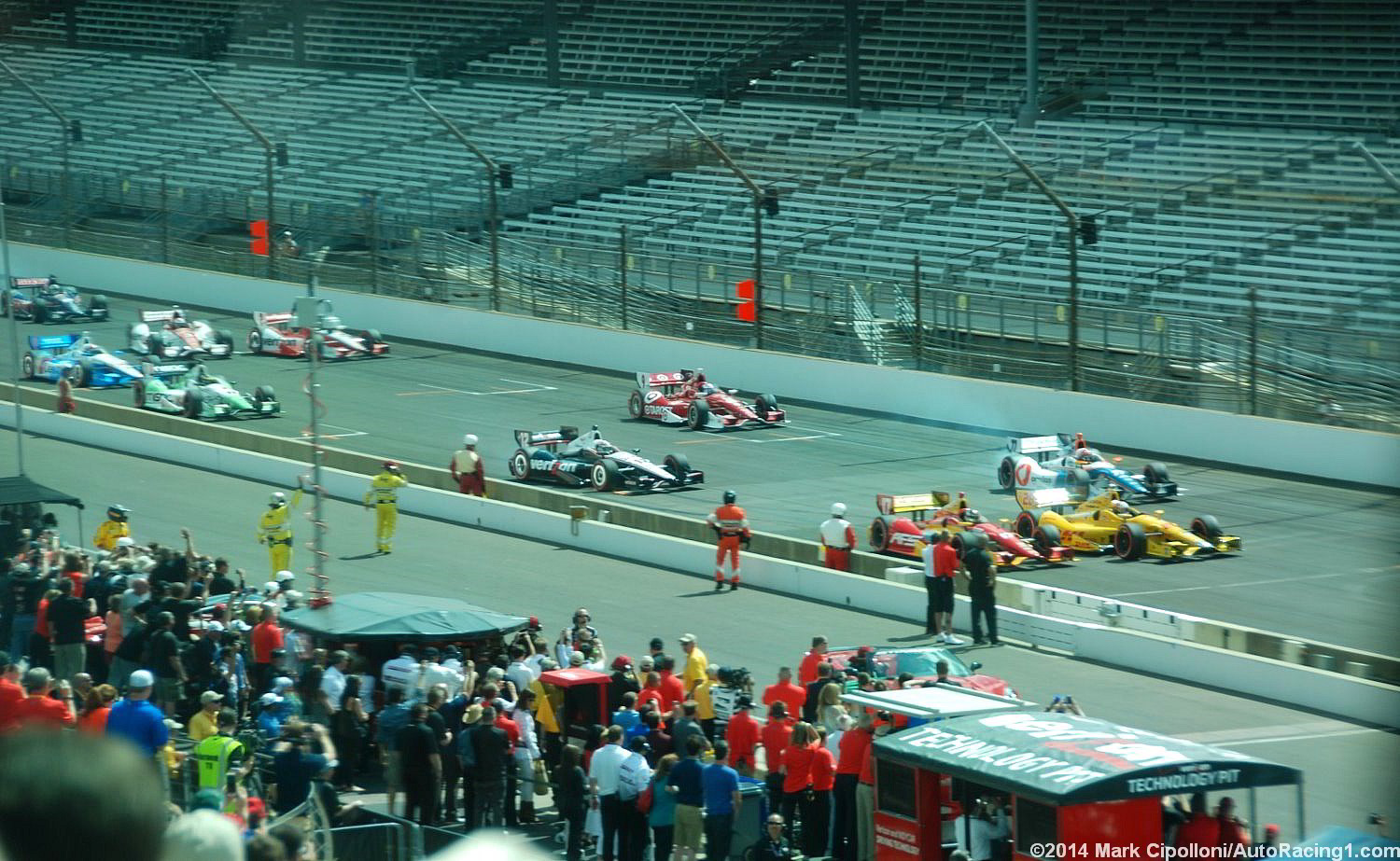 
05/10/14 Polesitter Sebastian Saavedra's Chevy stalled on the standing start grid just as the lights went out to go and some of the drivers were not able to get around him. Carlos Munoz was the first to clip his left rear and then Russian rookie Mikhail Aleshin plowed straight into his gearbox as parts and carbon fiber flew everywhere. Mike Conway also got involved and hit the inside pit wall trying to avoid the melee.

All the drivers are OK. There will certainly be more people sitting in the front straight grandstands where the standing start is next year.