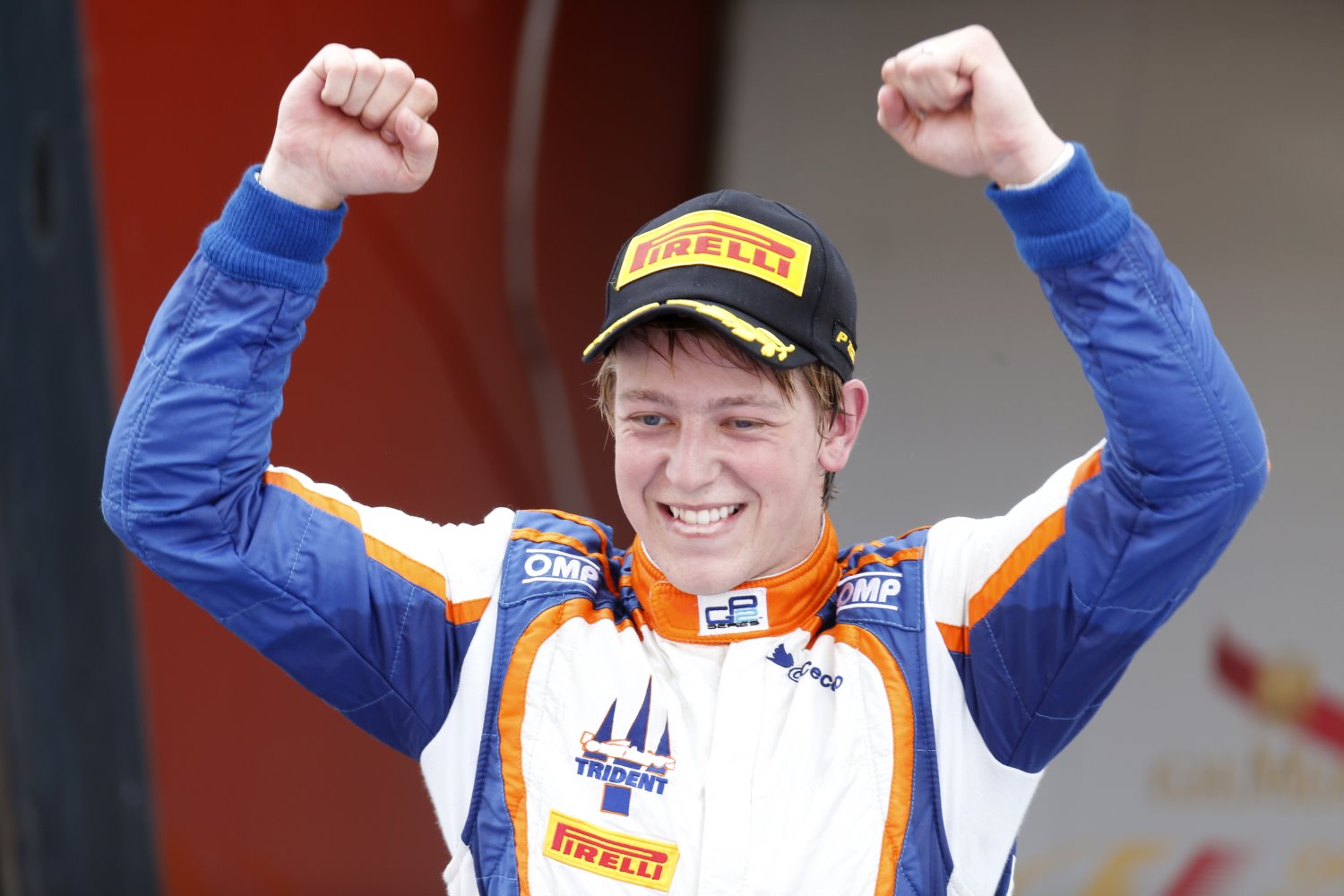 Johnny Cecotto put in an immaculate drive for victory in this afternoon's feature race in Barcelona, making a strong start and keeping out of trouble after making the right call on tire strategies before putting in one of his best drives to steal victory from Jolyon Palmer and Felipe Nasr.

The Venezuelan lined up in P16 on the grid, but picked up a couple of positions because of the restart following poleman Stephane Richelmi and Stoffel Vandoorne's stalls, but all eyes were on the front of the grid: Palmer made a decent start from P2 but Mitch Evans' and Stefano Coletti's were even better, with the pair blasting past the slower Raffaele Marciello off the grid and on either side of the Briton into turn one, but the pair touched and damaged each other's cars in the process.

Palmer led Nasr, Evans (who soon stopped for a new nose), Julian Leal, Rio Haryanto, Alexander Rossi and a fast starting Cecotto, with the race soon slowing down for a safety car period to deal with a collision between Marciello, Daniel Abt and Facu Regalia, but when the race got underway there were two bets being made, one by most of the front of the field on soft tires, and the other by Cecotto on the harder compound.

Palmer and Nasr stopped on lap 6, with the rest of the soft runners following shortly after, leaving Cecotto at the front ahead of the field with a 24 second gap (and a lot of cars) back to Palmer: with a normal end to end stop taking about 32 seconds here, it was a straight fight between the pair on the stopwatch, if not on the circuit, for victory.

Cecotto drive like his life depended on it, putting in faster laps on older tires than Palmer to stretch the gap to 33 seconds when he came in on lap 27 for fresh rubber: the Venezuelan came out just behind the Briton with 9 laps to go, and had to quickly dispatch a serious challenge from Nasr behind him, but the newer tires made the difference, with Cecotto taking over 4 seconds out of Palmer and easily sliding through at the chicane and walking away.

The Venezuelan had an easy run to the flag to win by 3 seconds, but Palmer had to fight off a late race challenge from Nasr for second, with the pair crossing the line nose to tail. Leal followed shortly behind for P4, while Haryanto just held from Arthur Pic, Rene Binder and an excited Tio Ellinas (who picks up tomorrow's reverse pole in his first GP2 race), with Tom Dillmann and Adrian Quaife Hobbs picking up the final points.