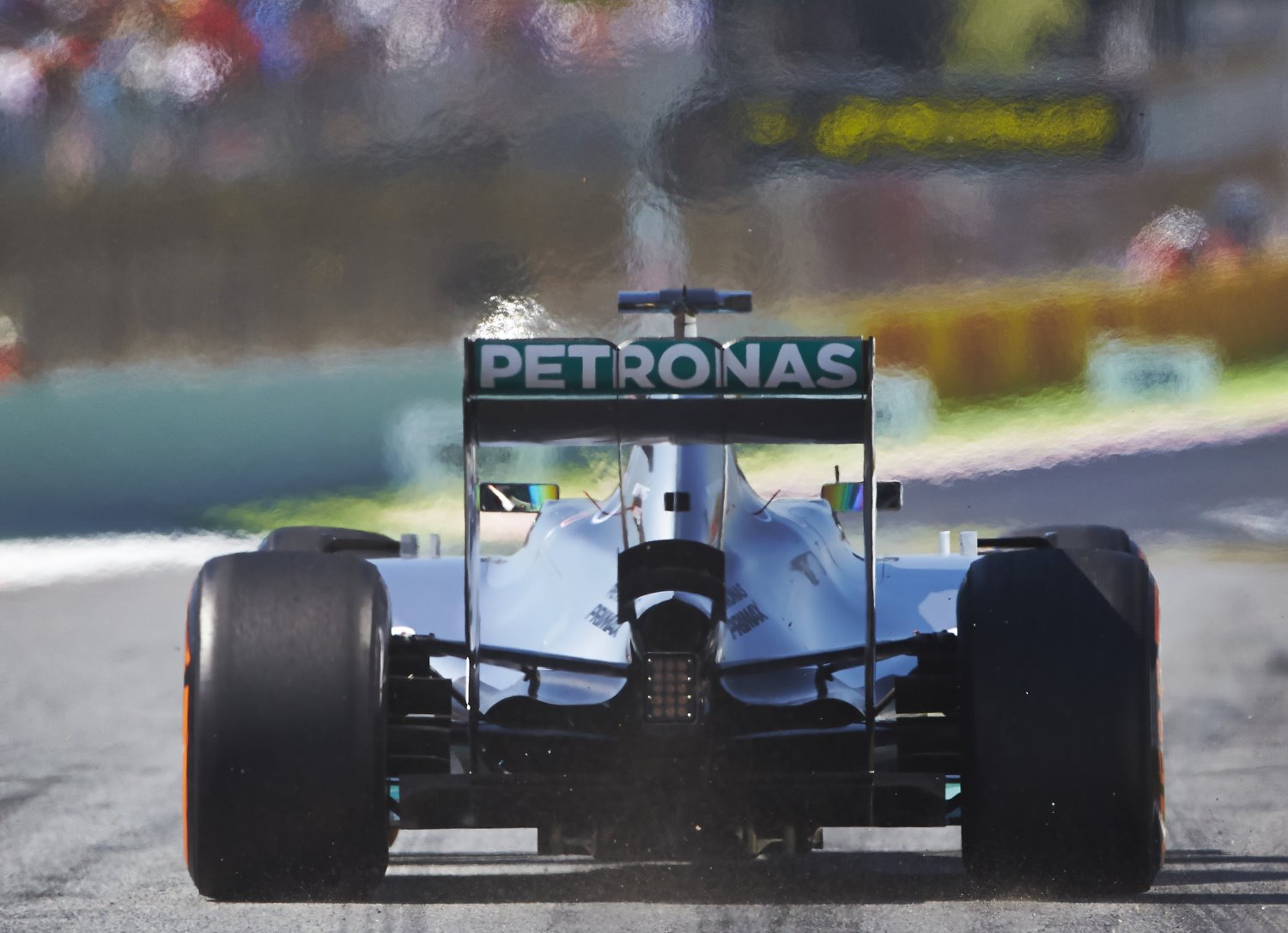 But team boss Monisha Kaltenborn has admitted ahead of the Spanish grand prix that talks with Russian sponsors have now "come to a standstill" amid the threat of a Ukrainian war and US and European sanctions.

"A lot of talks which are very advanced have virtually come to standstill," she said.

"People are waiting and seeing what's going to happen and nobody really knows the entire impact it can have because the sanctions that have now been imposed are really biting some of them.

"We really hope that the situation can be clarified soon and all our deals can be sorted out," Kaltenborn said in Barcelona.

Also affected with regard to sponsor negotiations is Toro Rosso, whose new driver for the 2014 season is Daniil Kvyat, a talented young Russian.

"I just hope that it will end up in a positive way and we will go to Sochi because that's very, very important," team boss Franz Tost also said.

Tost is referring to the Russian grand prix, scheduled to take place for the first time this October.

A superbike round in Russia has already been cancelled, and the German touring car championship DTM is not ruling out axing its Moscow race.

But Marussia team boss John Booth said the current plan is for F1 to race in Sochi.

"As with Bahrain over the last couple of years, we'll follow our government guidelines on whether it's safe to travel or not," he said.

Car, not focus, the difference in 2014 – Hamilton
(GMM) Lewis Hamilton has fended off suggestions he is dominating F1 at present because of a new focus on his game.

The Briton has won the last three grands prix back-to-back, and he looked to have even strengthened his dominance after a three-week break based on his practice pace in Spain on Friday.

Many believe Hamilton has turned his form around not just because of the speed of Mercedes' field-leading 2014 car, but because he is now happier and more focused.

He is back together with his girlfriend, travelling with an entourage of just his trainer, and leaving his famous pet bulldogs at home rather than hauling them to grands prix.

Last year, Mercedes banned a British journalist from attending press briefings when he suggested Hamilton should not have dogs at formula one races.

But David Coulthard, a former McLaren and Red Bull driver, thinks the press was right to question Hamilton's focus.

"People do not ask questions without reason," the Scot said in a column for the Telegraph. "He simply has not delivered with the same unwavering consistency shown by someone such as Fernando Alonso.

"We lost him (Hamilton) for a while," Coulthard added, "but we have the old Lewis Hamilton back."

But Hamilton on Friday hit back at the suggestions about his new focus in 2014, insisting he leaves his dogs at home now simply because it is "simpler" than taking them around the world.

He said in Spain: "When I had difficult years people said I wasn't focused, when they generally just don't have a clue what I was doing. It was just difficult weekends.

"Now I'm doing exactly the same thing but I've got a great car so I'm able to excel. People say 'He's extra focused', but it's not necessarily the case. I'm as focused as I can be," Hamilton insisted.

It is now more than a month since the F1 legend's manager Sabine Kehm announced that the former Ferrari and Mercedes driver is showing "moments of consciousness and awakening" amid his long coma.

Not long after the early April announcement, Kehm said Schumacher, 45, would move "into a rehab clinic" as soon as it was possible.

"Bild's information is that Schumacher has not yet moved to a rehab clinic," the newspaper reported.

"Sabine Kehm only wants to make new statements when there are significant changes," Bild added.

Hulkenberg would consider GPDA top job
(GMM) Nico Hulkenberg has not ruled out becoming the next president of the GPDA.

The Grand Prix Drivers' Association, primarily concerned with the rights and safety of the F1 drivers, is currently headed by Pedro de la Rosa.

Reports in 2014, however, have suggested that Ferrari reserve driver de la Rosa, 43, wants to step down.

But it is believed that the other current GPDA directors, Sebastian Vettel and Jenson Button, are reluctant to take up de la Rosa's position.

"I could imagine a world champion as the head of the GPDA; someone with perhaps a little more influence," German Hulkenberg, the highly-rated and articulate Force India driver, told Speed Week.

"But if I was asked, then I would think about it carefully," said the 26-year-old.

Hulkenberg has contested 62 grands prix since his debut in 2010.

F1's official tire supplier had a tumultuous and highly controversial 2013 season, but so far the emphasis this season has been on the radical new rules and quiet engines.

"The problem is that Pirelli is not helping us to attack and enjoy driving," Mexican Perez, who drives for Force India, is quoted by Russia's f1news.ru.

"We have lost downforce compared to last year and now we have to drive very hard compounds," he added.

"It seems that Pirelli is worried about the graining of the front tires, but if you look at the difference between us and GP2, I think you have to be concerned that their cars are so close now in laptime.

"Our budgets are at least eight times more than the GP2 teams, but the speed difference is only one and a half seconds, or two seconds. It's not enough," said Perez.

"I think Pirelli needs to be more aggressive because on Sunday we are all going to just follow each other. We will have a boring race and that's not good for the sport," he added.

Ferrari's Fernando Alonso also thinks Pirelli's selection for Barcelona is "too conservative", and according to Perez the pair are not alone in their thinking.

"At the drivers' briefing everyone complained that the cars are sliding and it's difficult to have a good level of grip," said Perez.

"Hopefully, Pirelli will listen and react also to the fans to make the races more interesting."

Pirelli's Paul Hembery, however, hit back by insisting that complaining drivers are just making "an excuse" for their own situations.

"It's the same for everyone," he said. "We had to take a different approach this year as the cars are completely different."

Earlier in Barcelona, Renault chief Jean-Michel Jalinier warned that some of the French marque's F1 customers could soon have their turbo V6s turned off.

Jalinier did not name the delinquent teams, but Lotus' struggle to pay drivers and suppliers in 2013 was widely known.

Red Bull is Renault's de-facto 'works' team, so it is unlikely Jalinier was referring to the reigning world champions.

And the boss of the other Red Bull-owned team, Toro Rosso's Franz Tost, said on Friday: "As far as I'm aware, we have paid everything."

The only other Renault-powered teams in 2014 are Lotus and backmarker Caterham.

Caterham team boss Cyril Abiteboul said: "It's a confidential issue but I'm happy since I'm on time to say that we are settled with invoices with Renault Sport F1."