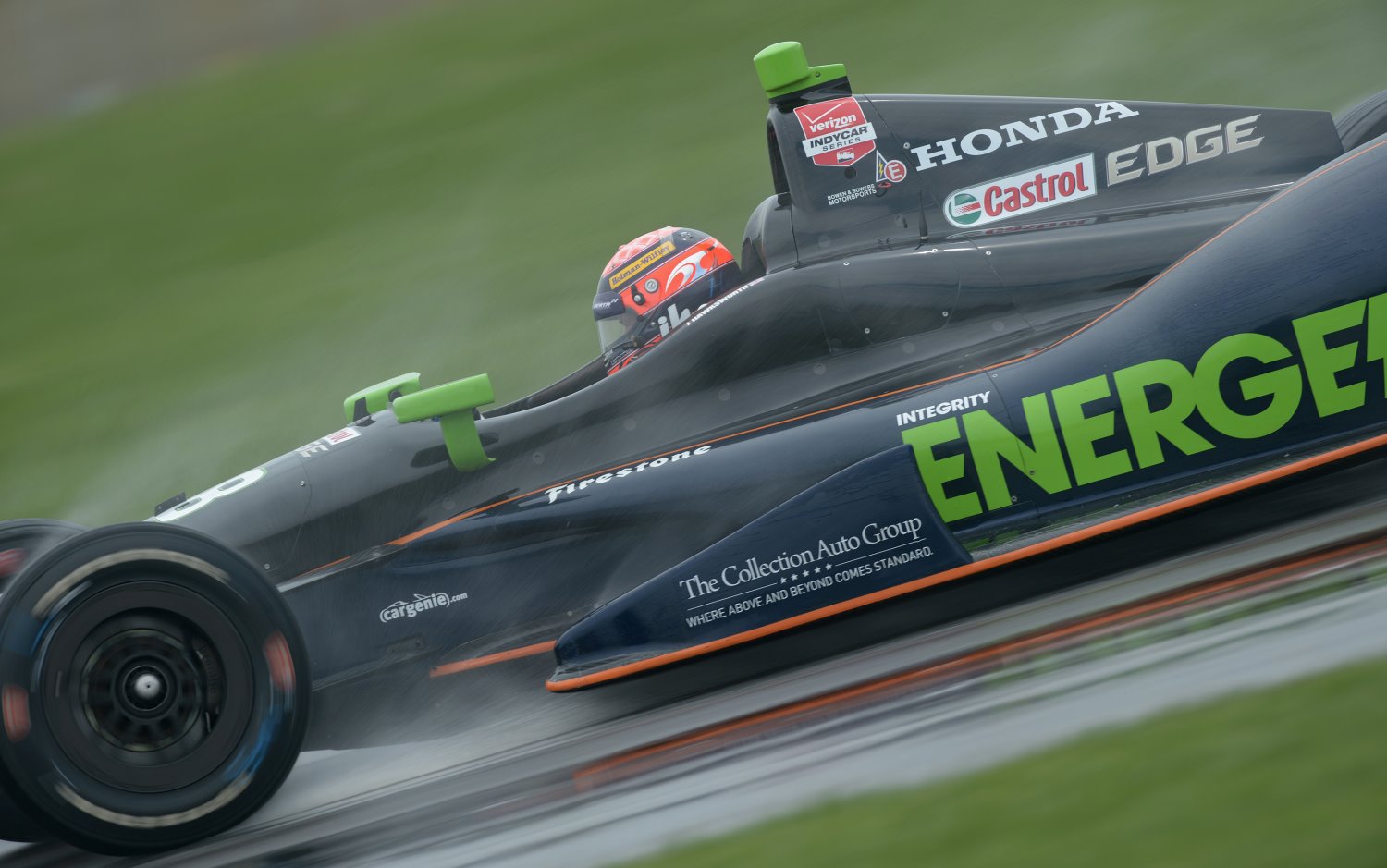 Jack Hawksworth and his BHA/BBM with Curb-Agajanian team earned a season-best second place on the starting grid for Saturday's inaugural Grand Prix of Indianapolis.

The 23-year-old British driver has been turning heads all season, advancing to the final round of the Firestone Fast Six twice in just four Verizon IndyCar Series qualifications this year.

To prepare for the newly-designed, 14-turn, 2.434-mile road course at the historic Indianapolis Motor Speedway, teams were given three practice sessions. Hawksworth started strong with a P10 in the first practice, followed by a P15 in session two due to changing track conditions and finally a P2 in the third practice on Friday morning.

Weather conditions continued to change throughout the qualifying session on Friday afternoon. The first two groups in the first round ran on an almost-dry track, then heavier rains fell during round two. A deluge came through just before the third round, delaying the start briefly for a track inspection.

Hawksworth battled for position and was primed to make his fastest lap of the session when the caution flag came out for Ryan Hunter-Reay, ending the session and putting the BHA/BBM with Curb-Agajanian team on the outside of row one.

"Great day and first front row this year for myself and the BHA team," said Hawksworth. "The conditions were tricky but the guys did such a brilliant job. Big thanks to them and Honda for giving us the power to get it done.

Team co-owner Bryan Herta commented, "I have to take my hat off to Jack and all the BHA guys for this result today. Lady luck has eluded us so far this year, but Jack has given us our best chance yet this season to earn a result. And to do it on the day we announced that Integrity Energee Drink has joined us as primary sponsor, alongside Castrol Edge and all of our current partners, I definitely can't wait for the race tomorrow."